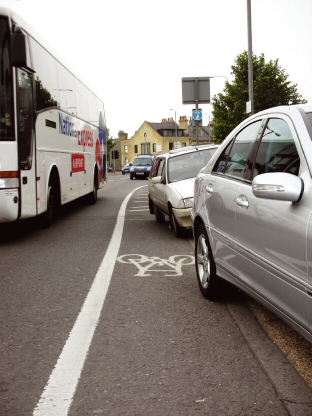 Roadspace… … in Cambridge is subject to massive competition by different user groups. Many of the city’s roads and neighbourhoods were created before the age of mass car ownership and as a result streets are often too narrow to cope with the level of traffic and the demand for parking spaces. As well as creating a danger on the road for cyclists when they are being driven, cars also create an obstacle to cycle use (and pedestrians, people with buggies, etc) when parked.

Making more space for cycling on the roads, sometimes at the expense of motor vehicle space, is the most important way that rates of cycling can be increased, and the only way that Cambridge could become a world-class cycling city

The way the city’s road space is used can have a major impact on encouraging cycling and it can make our neighbourhoods safer and more pleasant places to live. Councillors and council officials need to bite the bullet and look seriously and creatively at ways of reallocating road space to benefit cyclists and pedestrians.

Reducing junction car capacity and car parking at some key spots like Gilbert Road, Queen’s Road and others would create space for ultra-high quality cycle routes, instead of being amongst the worst spots for cycling as at present 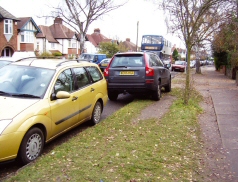 Cycling is as much a real form of transport as cars or buses and the needs of cyclists must be taken into account when allocating road space. Cyclists constitute a quarter of Cambridge commuters and should be given more roadspace to reflect this.

The mindset that says it is acceptable to designate inadequate pavements as cycleway, rather than spending real money on proper on-road provision is unacceptable. Cyclists are fully fledged road users, not pedestrians on wheels, and they have as much right to fast, safe and convenient routes as any other vehicle.

This does mean that sometimes decision-makers have to accept that unless, for instance, the number of car lanes at a junction is reduced, or car parking removed at key points, there will be no way to create a good quality cycling environment.

For instance, cycling conditions on Queen’s Road along the Backs and Gilbert Road are presently extremely poor. But removing the car parking in these areas would create the space for continental-style, high-quality, cycle routes. The Councils should work towards gradual removal of car parking in favour of space for cyclists and walkers. 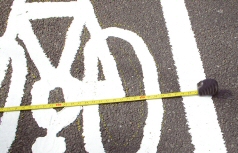 The attitude that says a 1m-wide strip of road, barely wider than a set of handlebars, is acceptable must change.

Virtually nowhere in Cambridge does a cycle lane meet national government recommendations of a 2m width. But only such widths provide real benefits for cycling, in a way which will get more people on their bikes.

Our hybrid cycle lanes proposal (images below) demonstrates the way the councils should be headed. 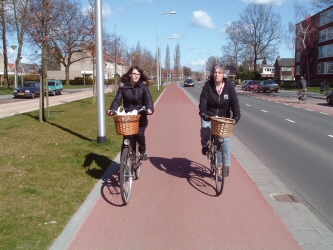 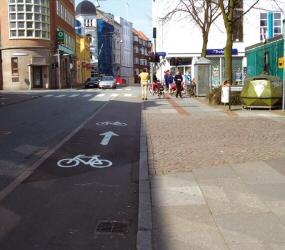 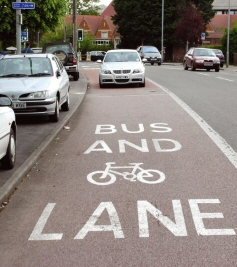 Public transport must be designed to attract drivers from their cars, not cyclists off their bicycles.

A lot of thought needs to go into plans for new bus lanes. Often they will reduce road widths and have an adverse impact on cyclists. A balance has to be found between this impact on cyclists and the benefits to bus users.

If implemented well, bus lanes can be and often are used by cyclists and can make pleasant on-road cycle lanes. 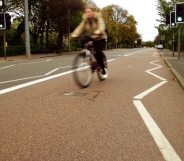 In some cases evidence shows that the advantage of a proposed new lane to bus users is minimal, the amount of time saved is very small and the route is not used regularly enough by buses. The Campaign has always supported the introduction of measures to improve provision for buses where this does not have the effect of deterring cycling.

The proposals issued in 2007 alongside the County Council’s congestion charge proposals, to create dedicated bus provision away from main roads, e.g. alongside the railway, show the way forward. Places like Trumpington Road, Hills Road and Milton Road could have high-quality hybrid cycle lanes installed in the freed-up space. But both aspects need real money for such infrastructure, not just strips of paint. 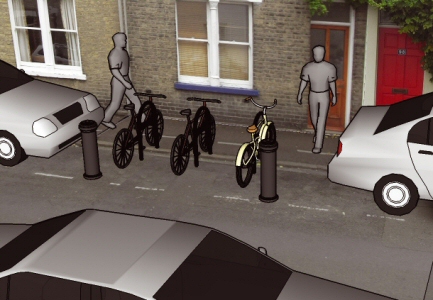 In areas such as Romsey and Petersfield, cycling and walking are made more inconvenient and unsafe by the sheer number of cars in the area. The level of car ownership in these streets is far higher than the area can support.

Problems that result include cars regularly obstructing the pavement (such as in Romsey); parking too close to junctions; or parked cars preventing two-way access for cyclists along the street and/or new cycle parking facilities.

At present there is virtually zero cycle parking in the City’s areas of terraced housing. On-street residential cycle parking, like that pictured, should be provided – at the expense of some car parking spaces. It is perverse that the most polluting form of transport is given so much space (including pavement space) in the area, whereas there is almost none for cycling.

The high residential turnover in the area provides an opportunity for reducing car use. People coming in can be encouraged to think more carefully about whether they could live there and not own a car, as many already do.

Car Clubs are schemes whereby members can get easy access to a car for short term hire. The vehicles are situated in designated parking bays in residential areas and can be accessed using smart cards which each member is given. A new one has been introduced in 2008 in Romsey and needs to be heavily promoted. 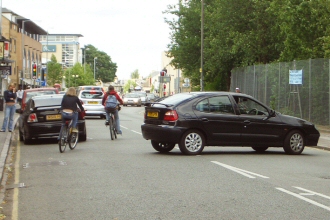 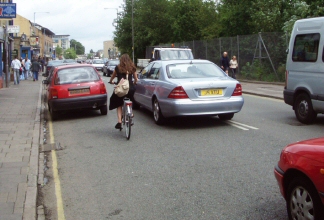 There are areas in Cambridge such as East Road and Lensfield Road where parked cars hinder the smooth flow of cycling.

This is a real issue for cycle users – it is unsafe, causes conflict between drivers and cyclists and discourages cycle use along an important city artery. Getting rid of car parking spaces here will encourage cycling and assist with the free flow of cycle traffic.

Indeed, guidance issued by the County Council sensibly requires that in new developments car parking is not allowed to interrupt the flow of traffic. Planners need to apply the same principles to existing areas. 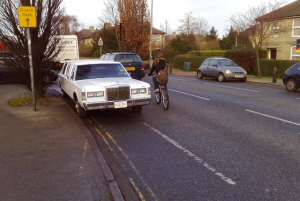 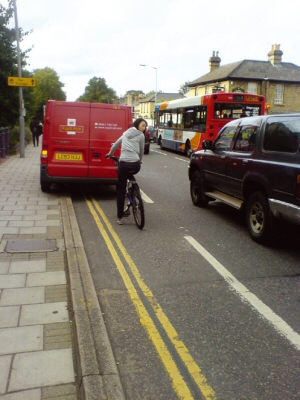 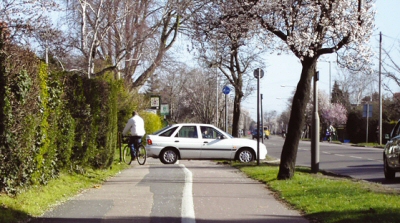 On Milton Road the inbound bus lane has left an extremely narrow outbound traffic lane. Cyclists who use the road are often harassed by impatient drivers who drive too close behind, overtake deliberately close, shout abuse, use their horns and, in some cases, actually make contact with cycles using their vehicles.

This type of behaviour has been so often recorded that it has been dubbed the ‘Milton Road Effect’ by cyclists and many have been forced onto the narrow pavement cycle path where they have to deal with obstructions such as pedestrians wandering into their path, wheelie bins and regular side roads. The reason drivers think cyclists should be off the road is because they know there’s a shared-use cycleway, even if it is clearly not adequate.

Making space for cycling at junctions 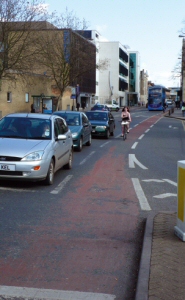 Junction points create real problems for cyclists and this is where most collisions take place. The junction near the police station at the end of East Road is a model of its kind that should become the norm by 2020

Left turn-only lanes are common in Cambridge at junctions and roundabouts but they create a problem for cyclists. Having a separate left turn-only lane on the approach forces cyclists who are going straight ahead to cross a lane of traffic and ride in a vulnerable position in the road.

Even when the removal of a left turn-only lane will cause a reduction in traffic capacity, such as at the Catholic Church junction, it should still be considered because of the problems such lanes create for cyclists. Removing a left turn only lane of course does not mean reducing the number of lanes on the approach.

Other alterations should include shortening the left turn-only lane so that cyclists only have to ride in a vulnerable position for a short period of time, or marking lanes clearly in red. The junction near the police station, at the end of East Road, is a model of its kind that should become the norm by 2020.

The road is still, and will always remain, the natural habitat of the cyclist but space on our roads is often dominated by cars. There are ways we can redress this balance through design, legislation and imaginative thinking which will encourage greater use of cycles, in turn reducing car congestion.