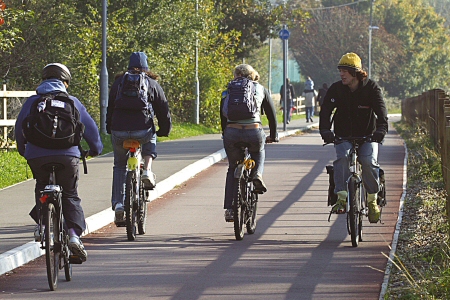 Primary cycle routes… … provide cyclists with quick and effective routes between major destinations, such as the main residential areas, the City Centre, the railway station and big employers including the Science Park and Addenbrooke’s Hospital. Although in some cases this will mean the network of off-road cycle paths, the primary cycle routes through Cambridge are, and should always remain, the existing road network.

Sadly, although Cambridge is rightly famed within the UK as a cycling city, the overall inconsistent quality of these primary cycle routes means that the city is often far below the standard of some European centres.

Many good cycle routes which are well used, such as Addenbrooke’s Hospital to the city centre and Milton to the city centre, are compromised by dangerous and/or unpleasant locations at various points along them.

These locations, such as Hills Road Bridge and Mitcham’s Corner, break up an otherwise potentially integrated and useful cycling network and do little to encourage increased cycle usage. They are off-putting for cyclists and hazardous for those who continue to use them.

We need a cohesive, joined-up cycle network for the city.

The need for continuity

The quality of primary cycle routes in Cambridge is very variable. Routes across the city’s commons – including the Jubilee Cycle Route which starts at the Newmarket Road Park and Ride site and follows the river – are very important and well used (though in fact even these would benefit from being wider, for example across Midsummer Common), whilst to the south of the city cyclists are well catered for with several new routes.

Within the city itself, however, it’s a different story. For example when cycling between Addenbrooke’s Hospital and the city centre there are well planned routes along both Hills Road and Long Road, but on arriving at Hills Road Bridge the cycle lane stops and what was a safe and friendly route suddenly becomes scary and hostile.

As a result, Addenbrooke’s to the city centre is a cycle route with a large gap in it and cycle routes with gaps in them can be almost worse than no routes at all. Leaving a cyclist stranded mid-route with no alternative provision means that in future he or she will leave the bike at home and take the car into work.

The Chisholm Trail: a cycling super-highway

The Chisholm Trail, joining Addenbrooke’s to the Science Park would attract many new cyclists, and would replace many 40-minute car journeys with a great 10-minute cycle route and open up many areas

The Chisholm Trail is our proposal for a major new cycleway that would run roughly alongside the railway, joining Addenbrooke’s to the Science Park and beyond. It would attract many new cyclists, and make many journeys that take perhaps 40 minutes by car cycleable in 10 minutes. Reducing vehicle volumes by just 10% results in much greater reductions in congestion, as is clear when schools are on holiday. 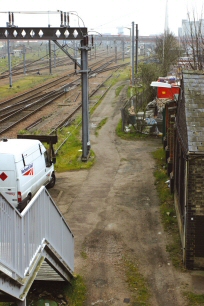 The trail would link the south of the city directly with the cycle provision which is being created as part of the development of the Guided Bus. The proposed trail would follow the railway through the east side of the city linking areas of high-density housing, employment and leisure facilities. Hubs such as Addenbrooke’s Hospital, the Science Park and the train station will all lie on the route, creating a cycling super-highway.

The Chisholm Trail plan is included in the Local Plan document and in the Demand Management proposals issued in autumn 2007. The Campaign wants to see a feasibility study done to identify the relevant landowners, pin down costs and begin to get bodies such as the county and city councils working to make this vision a reality.

As a group, we have been monitoring planning applications to make sure that none of the route gets blocked by a new building. So far we been successful in getting potentially problematic plans altered and the route has been safeguarded.

The route is a great example of a high-profile scheme which will cut journey times, give people a genuine, realistic alternative to car use and help the city cope with the population increases which will take place in the coming years. 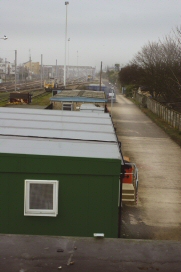 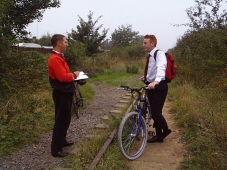 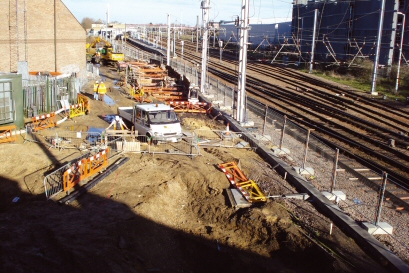 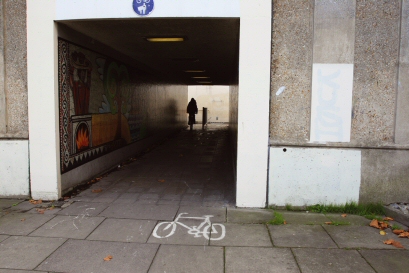 Cyclists arriving at the Elizabeth Way roundabout, linking East Road with Newmarket Road, are met with an intimidating and entirely unsatisfactory obstacle. The underpass system is an example of design from the 1960s and 1970s which is now extremely dated. It is difficult and time-consuming to manoeuvre through and also raises real concerns for personal safety, especially at night.

If this area were to be designed from scratch today an underpass would probably not even have been considered.

The junction needs to be replaced with one which is all on one level and served by crossings. There are plans to do away with the underpass and redesign the junction, but in the meantime it is intimidating and could put new cyclists off the idea of abandoning their cars.

Bar Hill: a case-study for improving connections between areas

Bar Hill is one of a number of areas where cyclists are poorly provided for and serves as a good example of how routes could be opened up.

The village has a large population, many of whom work in Cambridge. Despite this, there is currently no route provided for cycling between Cambridge and Bar Hill. The A14 is very problematic for cyclists and the alternatives still involve many hostile fast roads. 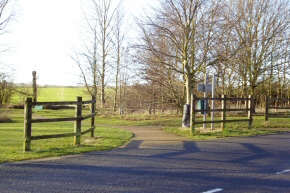 This is in marked contrast to the new NCN 11 cycle route from Great Shelford to Addenbrooke’s Hospital. Although the width of this route is still inadequate, it’s a vast improvement on the previously available alternatives.

There is already a paved route from Bar Hill to Dry Drayton and there is a chance to create a cycle route similar in quality (but preferably wider) to NCN 11 which extends all the way into the Cambridge. The land on which this route would run is largely farmland owned by the University of Cambridge but because of the Cambridge North West Strategy the area has an uncertain future. It is essential that the route is built before use of the land is changed. It would be welcomed by the people of Bar Hill and take cars off the A14.

The planned A14 improvements raise the possibility of a new road for local traffic running parallel to the existing road and it is essential that such work should include the creation of a cycle route, such as an off-road cycle path alongside the road. This would be the shortest available route into the city and would meet all the cyclists’ requirements of speed, safety and convenience.

The city faces many challenges in the future and we cannot rely on the road system alone to cope with the increased pressure of population growth.

While there have been many advances in the creation of the Chisholm Trail and, more generally, a primary cycle route network around the city, there is still a lot of work to be done to make cycling a more viable option than car use.