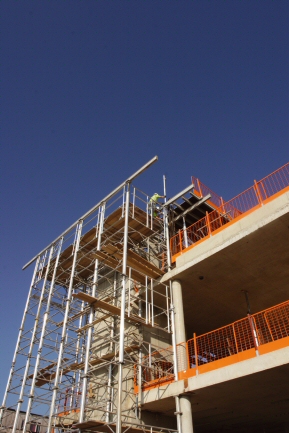 Cambridge… … and the surrounding area will soon come under immense pressure from several new residential developments which are either being planned or built. From the Southern Fringe in the south to Arbury Park in the north, Marshall’s Airport site in the east and Northstowe in the west, the next few decades will see a major increase in housing, people and traffic.

Transport authorities and developers have a fantastic opportunity to learn from the mistakes of the past. New developments do not suffer the same space constraints as the existing city streets and therefore there is an enormous opportunity to create a cycle network that will make a genuine difference to the way people travel and commute.

Our own paper Cycling in New Developments, intended as a practical guide for developers, outlines in more detail how best to provide for cycling in the new developments 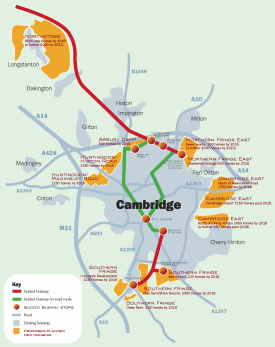 The cyclist as decongestant

What needs to be taken on board when planning these developments is that a small increase in the amount of traffic on the roads can result in major delays. Studies have shown that if peak traffic in the city could be reduced by 10% then delays would be reduced by up to 90%. So the effects of adding another 10% onto the current totals could clearly be catastrophic.

Money invested in good-quality cycling provision will produce great benefits for all. If people are supplied with good alternative transport provision, many of them will take up the opportunity, decongesting the roads for all users.

There is much useful guidance where cycling is concerned in the planning document, the Cambridgeshire Design Guide, although there are some areas which the Campaign believes should be added. This should include some of the points made below on cycle parking, hybrid cycle paths in new developments and the active promotion of Home Zones. 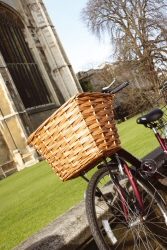 It is important that we maintain the city’s unique cycling culture by encouraging newcomers to the area to cycle, both by providing a cycle-friendly road layout and by providing other incentives like training

Cycle use in Cambridge is ahead of other UK centres, but Cambridge’s love affair with the bicycle is almost a quirk of social history. There is a culture of cycling in Cambridge which stretches back many years and has been passed down the generations. Today, cycling has simply become the accepted norm for many city residents.

The proposed increase of almost 50,000 new dwellings in the Cambridge area over the coming years, equates to around 125,000 people. Even at an optimistic car ownership ratio of one vehicle per house the prospects of gridlock are all too real.

These new homes bring new people to the area, people who may not necessarily have the same predisposition to cycle as those who have lived here for many years. It is important that we maintain the city’s unique cycling culture by encouraging newcomers to the area to cycle, both by providing a cycle-friendly road layout and by providing other incentives like training. 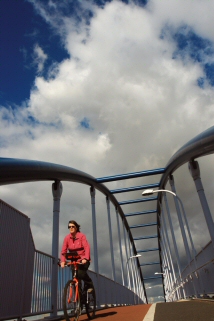 When new developments are built they need to create an environment where cycling is the natural choice. When travelling from A to B the majority of the population will use whichever form of transport is the most convenient and they will do it in the way which is easiest for them.

Local Authorities can try to persuade and cajole people into cycling as much as they like, but if there is a barrier to cycle use then they will fight a losing battle. With direct routes, shortcuts linking different areas, lower traffic speeds, convenient access and a more pleasant environment, cycling will become the natural option for many people and part of everyday life.

Developers need to be challenged on the generally held view that new residents will not cycle more than 5km – many people in Cambridge regularly commute this distance and further every day. In some planning applications the traffic modelling seems to assume that people will not cycle this distance and thus downgrades the importance of providing decent cycling infrastructure.

Creating roads from scratch should make factoring in cycle-friendly routes easy. Every new cycle lane along the main ‘spine’ streets should be at least 2 metres wide. There is no excuse for less than this, given that the developers have effectively a clean sheet of paper on which to design cycle-friendly places.

In new developments, cycle lanes and other cycling-specific infrastructure should not be necessary on the local streets, as the road network should be made sufficiently cycle-friendly from the start. This means keeping traffic speeds low and avoiding obstructive car parking and rat runs. 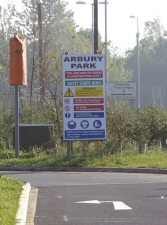 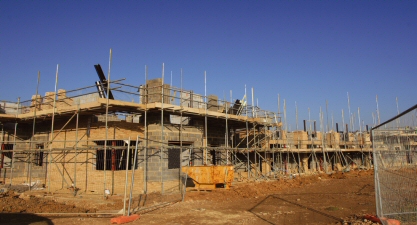 The Campaign believes that Arbury Park was a missed opportunity for developers to make a fresh start for cyclists. The area is currently under construction and while provision within the new development itself appears to be heading in the right direction (according to the plans), the area around it is extremely unsafe for cyclists. There are pinch points in the roads leading up to it and cyclists must negotiate several crossings. 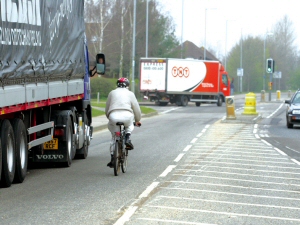 The problem has occurred because of the car-centric changes made to King’s Hedges Road which borders the development. There is little point in creating a cycle-friendly enclave if it is isolated from the rest of the city by cycle-unfriendly roads and junctions. King’s Hedges Road was a real missed opportunity but could be transformed into a cycle-friendly mecca with political will. 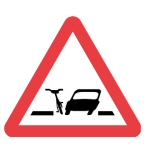 If it is simpler and easier, and seen as safe and convenient, to jump on a bicycle for a five-minute journey to the shops rather than using a car then that is what people generally will choose to do.

There should be secure, covered cycle parking near the front doors of new houses – not round the back in an inaccessible garage, while car parking should be further away and largely out of sight.

As for shops within new developments, it is important that good-quality cycle parking is designed in, and that it is every bit as convenient and well designed as the car parking. This means there must be enough cycle parking spaces, they must be located close to the destination and they must be visible. 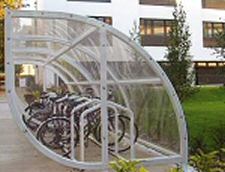 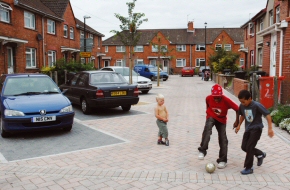 Children playing football in The Dings, a Homezone in Bristol: J Bewley / Sustrans

Under the Transport Act 2000 local authorities have the power to designate Home Zones in certain areas. In these areas they can implement Use and Speed Orders which allow local residents to define how they want the roads near their homes to be used and what speed limits should be set.

The idea was developed in the Netherlands in the 1970s as a way of reclaiming the streets from domination by cars. Home Zone design attempts to strike a balance between traffic, pedestrians, cyclists and leisure use of open space. There are currently Home Zones in Ipswich, King’s Lynn, Plymouth and Croydon.

The Campaign wants to see Home Zones become part of new developments in the Cambridge area, though many of the principles we outline above are very Home Zone -like, even without such designation.

Creating a people-friendly environment by reducing car speeds is a key part of the concept. Even without any specific cycling facilities the reduction of traffic speeds removes a major barrier to cycling. A major problem with the implementation of Home Zones is the inadequate guidance coming from the Department for Transport, which the County Council is in a good position to pressure to fix.

Within the centre of Cambridge it is sometimes difficult to create new cycle-friendly provision, because of the challenges of reallocating space. But with new developments there is a clean sheet and the transport authorities and developers need to use this opportunity to get things right from the very beginning.

If residents arriving in new developments are offered direct, convenient cycle routes and a positive environment for cycling then the bicycle will become the natural choice as a means of transport. New residents should be encouraged, with vouchers for bike shops, cycling classes and so on, to do without a car, or at least only one per household. Public transport provision is vital for this as well as cycling, and cycle parking is also essential.

Read our guide, Cycling in New Developments, available on our website, for more information and practical guidance.