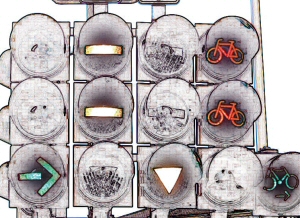 As road culture changes,… … traffic increases and the demands on our urban areas expand, the legislation encompassing road users needs to be looked at regularly and in depth, to ensure cyclists are being properly served by the law.

There are several areas where small changes in the law can make an important difference to cycling safety and, as a result, to cycling levels. There are also concerns that laws which are already in place are not being properly enforced, either because of a lack of resources, a lack of understanding or a lack of will.

Much new legislation that would benefit cyclists can only happen at a national level, but local government can help push our case and try experimental changes to demonstrate effectiveness

Much of any new legislation, of course, can only happen at national level and we need local government to help push our case.

Could Local Authority transport budgets be made to finance police officers with specific traffic responsibilities?

Enforcement of the law against dangerous drivers on the roads is currently seen by many cyclists as under-resourced and the punishments for causing injury and death too lenient.

The laws of the road for drivers are often ineffectual because the penalties are too low. We hear all too often in the media of cases where pedestrians or cyclists are killed but the motorist responsible is handed a sentence of just a few months.

Enforcement of the rules is important for all road users. But we need to put things into perspective. The consequences of transgressions by motorists are likely to be far more serious than those by cyclists. Pedestrian deaths caused by cyclists are about one every two years nationally. By way of comparison, 823 pedestrians were killed by motor vehicles in 2001.

Greater enforcement of traffic laws for both cyclists and drivers is needed, well before 2020

Motorists must drive safely, and if they do not do so they must be punished with penalties which reflect the seriousness of the crime.

Many traffic infringements go unpunished. Driving or parking on a mandatory cycle lane, which completely devalues such facilities, is a traffic offence and while this happens regularly in the city there are very few prosecutions. The same applies to cyclists who break the law by riding through red lights, for instance. 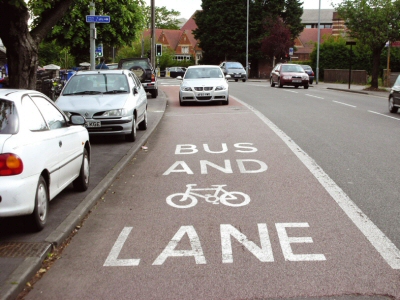 There needs to be a high-profile concerted effort to enforce these and other laws, for both cyclists and drivers. Police need to get the message across that motorists who speed, jump red lights, overtake cyclists too closely, harass cyclists and park on contraflow cycle lanes – such as in Downing Street – will receive warnings in the first instance followed by prosecutions if they persist.

Improving enforcement, in order to improve traffic flows and safety of all road users, could be much more cost-effective than many larger-scale infrastructure changes. And introduction of regulatory measures such as speed limits is futile if no-one will enforce them. There should be consideration of finding a way for Local Authority transport budgets to finance police officers with specific traffic responsibilities, to ensure a more joined-up approach.

The image of cyclists

The level of policing against errant cycling must increase. But planners have a responsibility for reducing levels of lawlessness by creating a road environment that meets cyclists’ real needs

A major problem for the image of cycling is cyclists who flout the rules of the road. There is nothing more likely to damage motorists’ opinions of cyclists as a whole than witnessing an individual who causes a road nuisance, jumps red lights, swerves into the path of traffic or rides at night without lights. 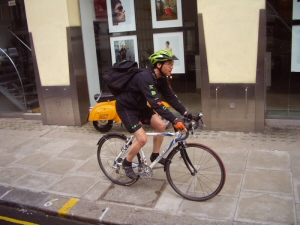 Motorists and journalists tend to tar all cyclists with the same brush when it comes to riding illegally. Strangely enough, however, the same is not also true for law-breaking motorists.

Even cyclists who uphold the law get abused by motorists who feel they should be using off-road facilities where those exist. However, the 2007 court case involving cyclist Daniel Cadden has upheld the right of cyclists to use the road even if there is an off-road (and often inadequate) cyclepath nearby.

Mr Cadden managed to overturn a conviction for riding inconsiderately when he chose to ride on the road instead of a nearby cycle path. The appeal judge told Shrewsbury Crown Court that Mr Cadden was as entitled to use the road as anyone else and in doing so was not causing danger to any other road users. This is reflected in the new version of the Highway Code.

Enforcement, handled fairly, and education are both needed to make errant cyclists understand the wider consequences of their actions.

Why do some cyclists break the law?

It is no co-incidence that in countries like Holland, where cycle provision is excellent, there is very little illegal cycling

In many cases better cycle route provision would reduce the tendency of frustrated cyclists to break the law. Some cyclists choose to ride on the pavements because the roads are full of speeding cars, cycle lanes are blocked by parked vehicles and riding on the road would mean weaving in and out of parked cars.

Cyclists may be put in a position where they break the law because the alternative is neither safe nor convenient. Parents riding with children on pavements carefully, for instance, indicate how the general road environment needs to be made safer in many areas.

It’s worth noting that in countries like the Netherlands, where cycle provision is excellent, there is very little illegal cycling. Also that since the cycle ban was lifted in Cambridge city centre, thus improving the provision enormously, there have been very few problems.

Like car drivers, cyclists do not take well to badly designed infrastructure, rules which appear arbitrary or pointless, and inconvenient and confusing signage. All these factors are likely to contribute to a cyclist’s inclination to break the law.

Spot the difference? – One of these can be legally cycled… the other not

Rather than shifting the blame, councillors who approve pavement-based cycleways against our advice must take some responsibility for causing illegal cycling. Often it is not clear which stretches of pavement are shared use and it can be hard to know whether a pavement is shared use or not. We need to see a rethink from decision-makers to ensure that cycle provision is instead high-quality and really meets people’s needs. 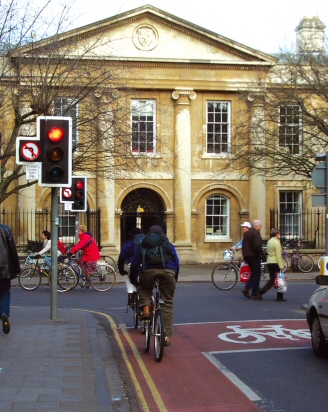 Some traffic lights could also be reworked to benefit both cyclists and pedestrians. The Downing Street/St Andrew’s Street junction is a classic case where the continental style “left on red” system could be tried. This is where cyclists may turn left if no pedestrians are crossing, and works very well abroad.

Naturally, cyclists must stop and give way to vehicles on the crossroad and crossing pedestrians before completing their turn, but often there is little reason why a cyclist – who does not take up a large amount of space – could not turn left safely through specific red traffic lights, if legislation were to permit this, as is often the case in Holland and other areas.

The same could be true where cyclists presently wait at red lights whilst all pedestrian phases have a green. Allowing cyclists to turn and/or cross at the same time would make large junctions such as Silver Street/Queen’s Road safer for those on two wheels and clear the way for those on four.

We believe that there is a strong case for both laws to be changed.

In the Netherlands, motorists are assumed to be liable in the event of a collision unless shown otherwise. A change in the UK law should be considered also, because it would transform safety on the roads

Issues surrounding the enforcement of traffic laws where cyclists are involved in collisions with cars are complicated.

In the Netherlands traffic legislation there places the onus firmly on motorists when it comes to liability, unless it can be proved the cyclist or pedestrian was at fault.

This kind of change in the law could make a major difference to the way motorists behave. The issues need to be aired and a properly informed public debate needs to be had so that we can assess whether such measures could be introduced on UK roads.

Legislation affecting motorists and other road users is always a contentious issue. But reducing dangers on the road is an important aim for anyone seeking to increase cycle use and where this can only be done through stricter enforcement or new, tougher laws, a debate must be had and difficult decisions must be made by politicians.