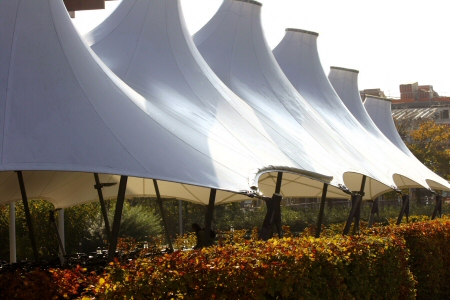 Cycle parking… … is an essential tool in encouraging cycle use, reducing pavement obstructions and fighting the scourge of cycle theft. Cambridge is currently the worst UK city for bike theft outside London, according to a Halifax Insurance survey.

Whether it’s the city centre or the suburbs, there is still the assumption that when it comes to parking, the car is king in Cambridge and precious little thought is given to providing cycle racks.

In one car parking space, you can supply sufficient bike parking to solve the needs of ten people, as ten cycles can be parked in the space required to park one car. This has to be a better use of our limited parking areas. Cycle parking is easy to use and if people know they will have a secure, easily accessible place to lock a bicycle wherever they go then it will provide them with an incentive to give their car a miss and use a bike instead. 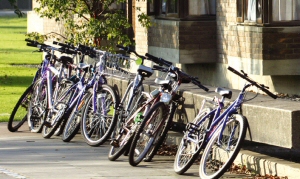 Cycle theft is more than 10% of recorded crime. New cycle parking needs to be supplied all across Cambridge. The era of bikes against a wall must be ended by 2020

There seems to be a mindset amongst some City Councillors that cyclists have a much lower status when it comes to the provision of parking spaces than motorists, despite the positive role cycling plays in the city’s transport system. The planning authorities seem to think it is inconceivable even occasionally to take away car parking space and create cycle parking space in its place, but this is exactly what needs to be done in Cambridge.

Increasing cycle parking provision is not an expensive proposal. A stand for two bicycles costs around £100. The key barrier instead is the need to change the mindset that cycles can just be left against a wall.

We’ve taken Romsey as a good example of the problems that cyclists face and offered some possible solutions. 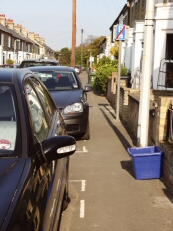 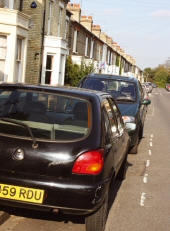 In Romsey cars are regularly parked on both sides of the road, often on the pavement. Pavement parking has been permitted for some time and in some streets white lines have been painted on the pavement to delineate parking spaces leaving a gap of one metre between the car and the house.

Where wheelie bins are left on the pavement, parents with pushchairs are faced with major difficulties and are often forced to walk in the road. This system also takes no account of the need for cycle parking outside the front of people’s houses. 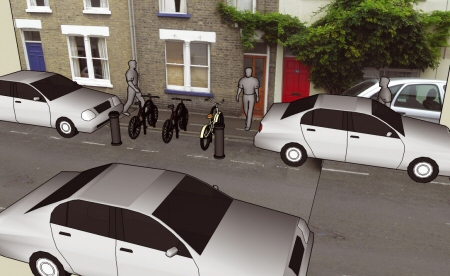 While almost all the street, and half the pavement as well, has been given over to the need for car parking in the area there is almost nowhere to park a bicycle. This does little to encourage cycling and needs to be eradicated. Cyclists should receive the same provision as car drivers in this area: being given convenient and secure parking spaces.

The solution here is to remove a few car parking spaces annually and install cycle racks in the freed-up space. This is a matter of both equity and encouraging people to use bicycles. Such a change should be prioritised in places where the pavement is narrow and there is insufficient space for people to walk easily. 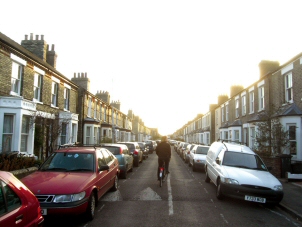 The lack of cycle parking results in theft, inconvenience for cyclists, and obstructions for those walking. This could be reversed by 2020 to make Cambridge a safe haven for bicycles

Cycle theft is a very real problem in Cambridge and good quality cycle parking can go a long way towards deterring the thieves. By not increasing cycle parking provision city councillors are allowing cycle theft to remain at its current high level. The 6,693 cycle thefts recorded between 2001 and 2004 made up 13.5% of all crime in the city during that period so it is clearly a serious issue and needs real solutions. 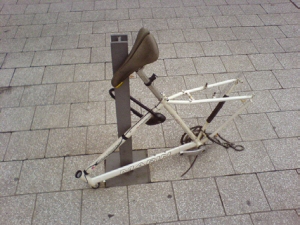 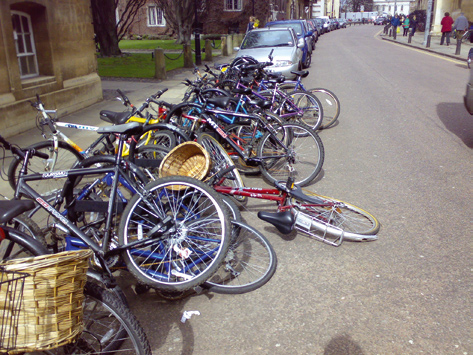 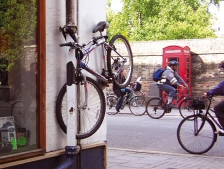 To take an example, the City Council’s East Area Committee found in August 2007 that the 54 reported cycle thefts in the Petersfield area during the previous two months made up 27 per cent of all the crime in the ward. This is hardly surprising given the almost total absence of any cycle parking facilities in the ward. Compare this with the massive numbers of car parking spaces which are assumed as a right for local residents, and the problem becomes clear. 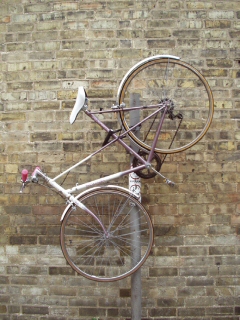 With a lack of decent cycle parking facilities we often see people locking their bicycles to everything from railings and drainpipes to lampposts and bus stops as well as lining the walls of houses along terraced residential streets. This is inconvenient, and sometimes hazardous, for pedestrians, obstructing their route with obstacles. 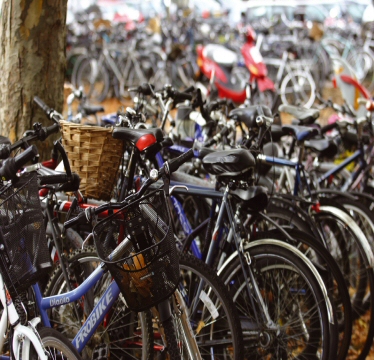 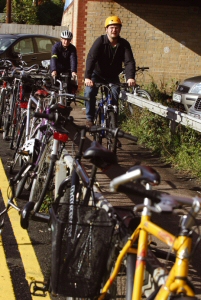 More pressure needs to be put on developers to meet the standards laid down in planning guidelines regarding cycle parking and there needs to be swifter and tougher enforcement against those who fail in this regard. 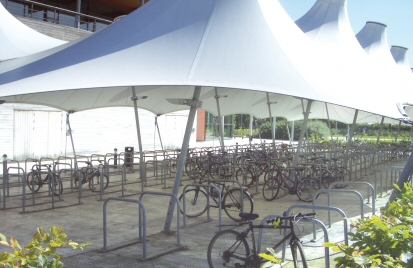 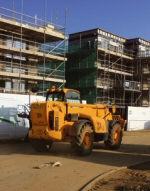 Many new developments planned for the city are not taking the provision of cycle parking seriously. Proposals are regularly being brought to the city council’s planning committee with insufficient cycle parking spaces, and occasionally with a reduction in the number of cycle parking spaces already there. For instance, the plans for expansion of the Lion Yard shopping centre include no shopper cycle parking, a disgraceful flouting of the City Council’s Cycle Parking Standards. 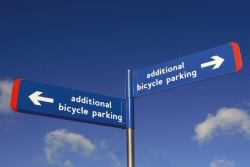 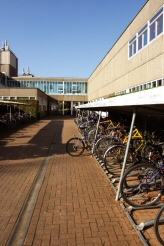