Heading from South to North on Cambridge Road… 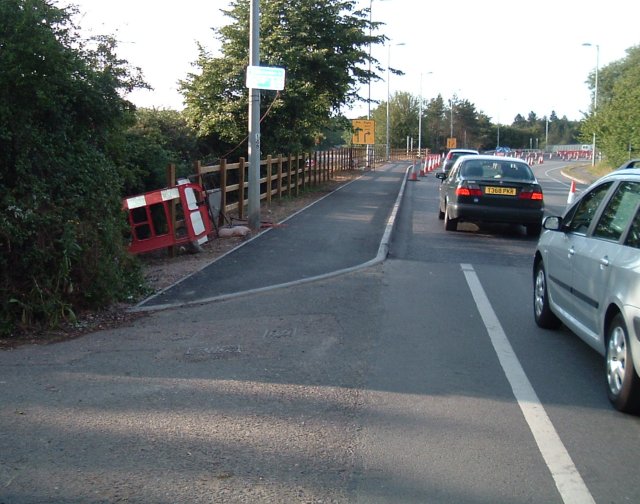 This is the point where the old inadequate one way 1.1 m wide cycle lane ends and the new even more inadequate 1.5 m two way shared use path starts. 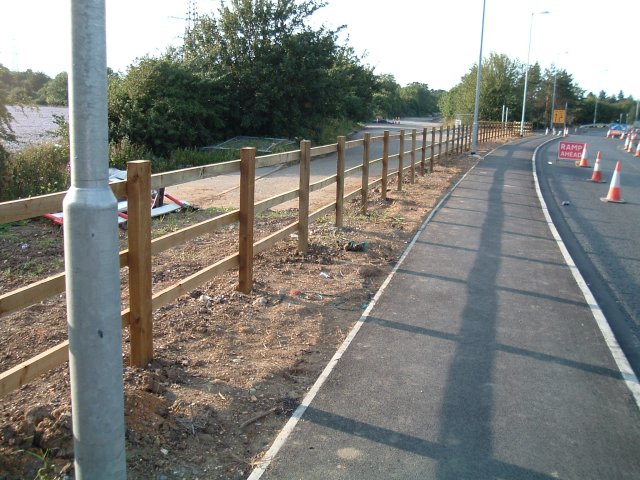 The short cut to the other path is blocked off, as was predicted before. Note how the narrow path is placed absolutely as close to the road as it could be, when there is room to the left of it and there could have been a gap. 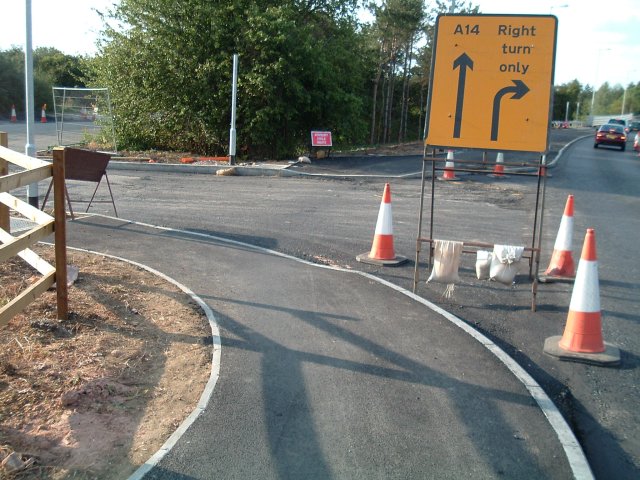 This is where the path takes a sharp 90 degree bend and gives way to… virtually nothing. This is just a stupid way of designing such a junction. Better practice can be seen elsewhere, such as here in the Netherlands where a path already somewhat distant from the road smoothly moves further away so that a straight crossing can be made. 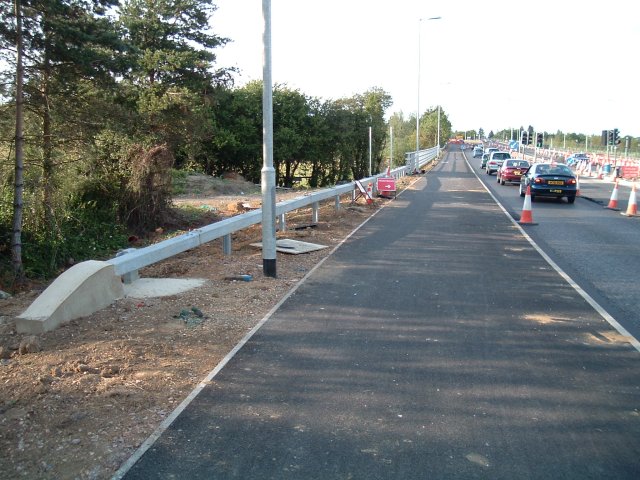 These barriers run alongside the path from here to the roundabout. The taller barriers part way along are opposite the junction of Cambridge Road with King’s Hedges Road. The barriers ensure that any cars which leave the road will run along the path causing the maximum possible number of injuries to cyclists and pedestrians on the path.

The sensible thing to have done with the barriers would be to follow the practice used in the Netherlands of putting the barriers between the road and path.

View of one of the new central reservations. Three crossings have to be used to get across this road. The dropped kerb on the extreme left of the photo is the position of the first crossing. The second runs from the dropped kerb roughly central in the photo to the second island which is under construction further to the right. Then the third crossing allows our intrepid pedestrians and cyclists to finally get to the other side of the road.

Of course, they may decide to drive instead, in which case there is just one traffic light to wait for and no smelly islands in the middle of the road to stand on.

The dropped kerb at the right in this shot is the same one as in the left on the shot above. This shows the way of crossing to continue walking or cycling on Cambridge Road into Cambridge. Again, you have to cross to the near island, then a second island, then eventually you get to cross to the other side of the road. Again if you are on the road you have just one light to wait for.

View in the opposite direction. These islands are large.