These measurements were taken using a tape-measure between perpendicularly opposite points where the road surface makes contact with the rising edge of the kerb-line. I would estimate that there is about a +/- 5cm (at most) inaccuracy in the measurement, probably down to having to rush some readings because of fast traffic. However, the numbers prove beyond reasonable doubt that most of the key pinch-points lie well within the danger zone of 3.1m to 3.9m as flagged up in the Stage 2 Safety Audit. This clear flouting of ‘best practice’ was also picked up by the Stage 3 Audit.

West to East, from Cambridge Road towards CRC 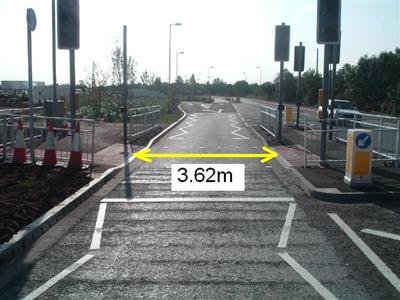 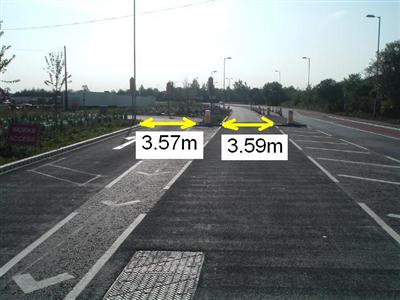 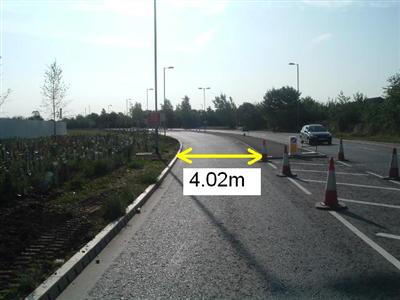 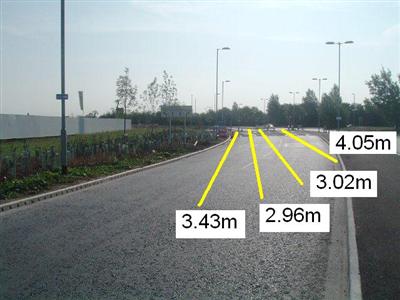 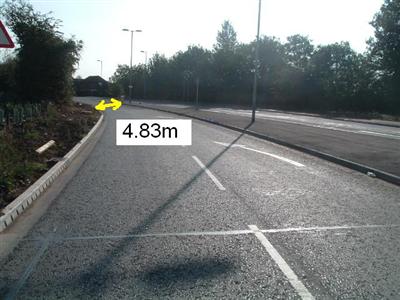 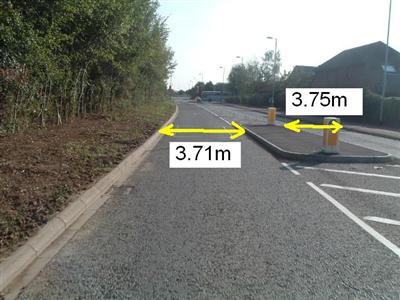 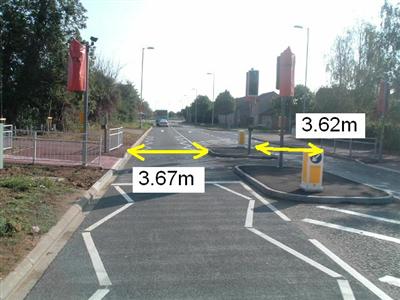 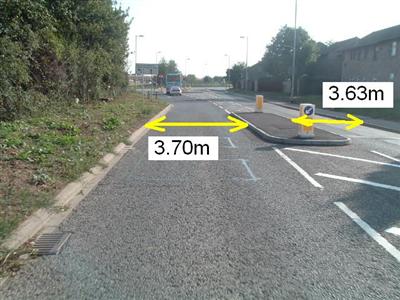 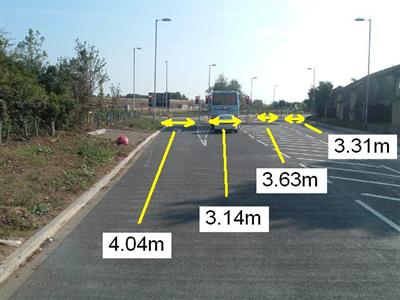 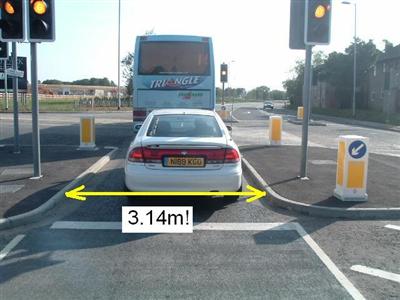 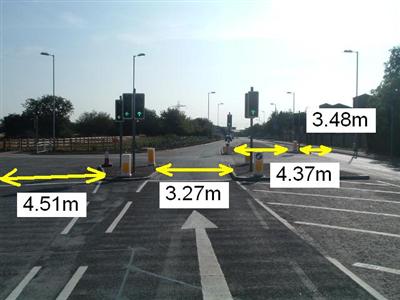 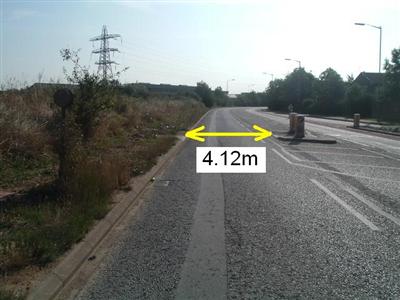 East to West, from CRC towards Cambridge Road 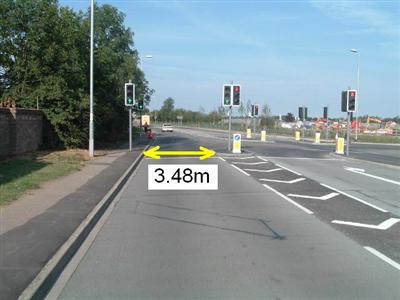 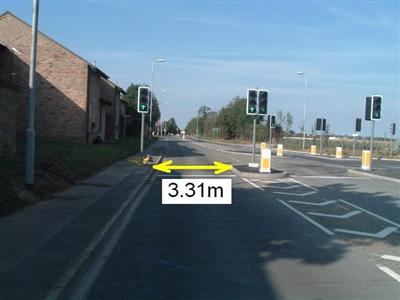 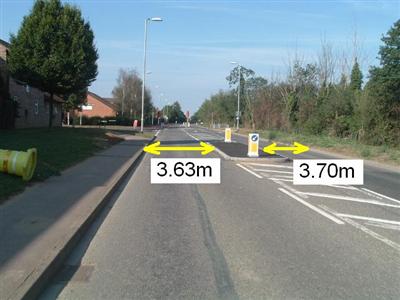 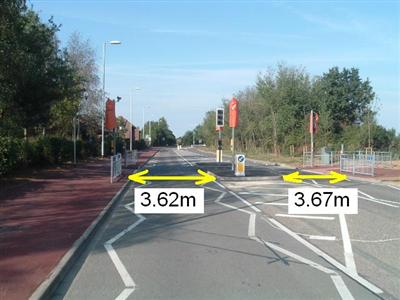 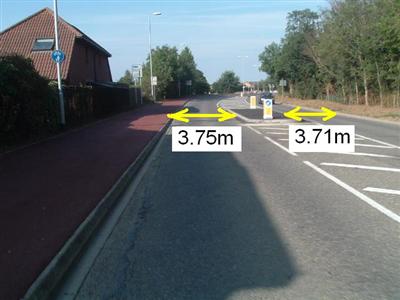 “B7. Whole Site These broad issues are relevant to several or all of the areas, to avoid excessive repetition these may not be duplicated in the individual sections 1 to 6 unless there are detail points specific to one area

Some of the carriageway widths between islands and at junctions fall into the range (3.1m to 3.9m) that can lead to problems of cars attempting to overtake cyclists where there is not really enough room. Where widths are less than 3.1m drivers are unlikely to attempt overtaking, as there is clearly not enough room. Where widths are greater than 3.9m there should be sufficient room to complete the manoeuvre safely.

Wherever possible kerb-to-kerb widths in this range should be avoided.”

To the east of the 2 new signalised access roads on Kings Hedges Road there are 2 large central islands within the original central hatched area. It is noted that these island have been introduced to prevent overtaking but this could be achieved equally well with smaller islands. The restricted carriageway width can result in problems if drivers attempt to pass cyclists within the pinch point. The county does not normally recommend kerb-to-kerb widths between 3.1m and 3.9m as this range puts cyclists most at risk from inappropriate overtaking. As pointed out in item B7.1 stage 2 Road Safety Audit report.

Ideally actual kerb to kerb width should not fall within the range 3.1m to 3.9m (4.2m is recommended by some if a high proportion of large vehicles may be expected.) Using ‘edge lining’ through the pinch point would create a visual narrowing effect. This would reduce the risk of drivers of large vehicles misjudging the gap and trying to overtake too close to cyclists.”

These examples are from taken from an Irish design manual. Common sense says that these recommendations should be valid in the UK: they even drive on the left!

Gallagher Estates realises that there is actually a hazard 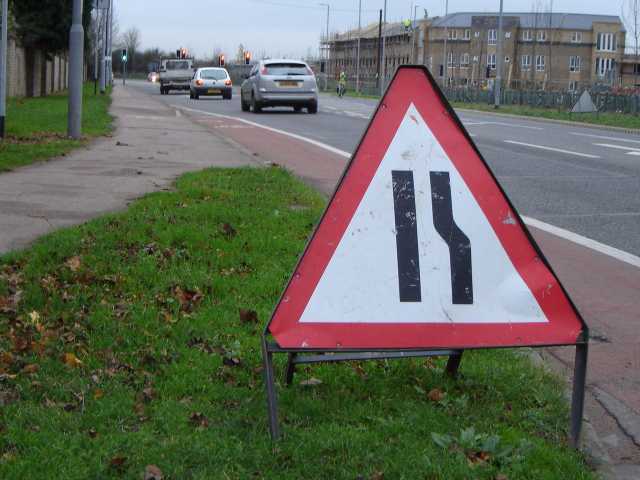