We have been campaigning on the impact on cyclists of the development at Arbury Camp off King’s Hedges Road, also known as Arbury Park.

Some aspects of the development at Arbury Park initially appear to be positive. For instance, the 3m wide paths, which are the same width as recommended as a minimum by London’s design guidelines for such shared use paths are much wider than many of those we have elsewhere in Cambridge.

However, the overall effect of this development is very negative for cyclists. Some cyclists are known to have given up riding on this road, and levels of cycling overall in this area appear to be dropping as a result of the cycle hostile way in which development is being carried on.

We have done a survey of the pinch-points on King’s Hedges Road.

The Arbury Park subgroup has now obtained the Safety Audit (Stage 2) for the changes to the highway that have been made. Aspects of this mirror the problems we have been highlighting.

Join the Arbury Park Subgroup e-mail list to help/discuss this issue. There is also a ‘khr4cyclists’ Google Group set up by Des Philips.

SOUTH from A14 roundabout on Histon/Cambridge Rd towards city centre

About half of the 101 cyclists were Impington Village College (IVC) kids – roughly half of whom came up Histon Rd & half from King’s H’s Rd: the latter crossed the junction either on road or off road using islands.

Our Newsletter has covered the problems caused by the development:

Commentary below from David Hembrow.

The road works are now virtually complete, and the road has its final form. I went out early in the morning to see what conditions are now like when the road isn’t busy.

Despite some suggestions that there would be a more straightforward crossing of Cambridge Road than using 4 separate crossings, all four are required. Even though the individual delays were not too long (at 8 on a Saturday morning with little traffic) and the lights do try to go green in a synchronous fashion, it still took a minimum of 40 seconds for me to cross the road and maximum of over a minute depending on light phases. For a single crossing (which this should be), these would be long times. I suspect that at busy times of the day these delays get longer. One of the islands has been reduced in size a little, but it is still not terribly convenient. 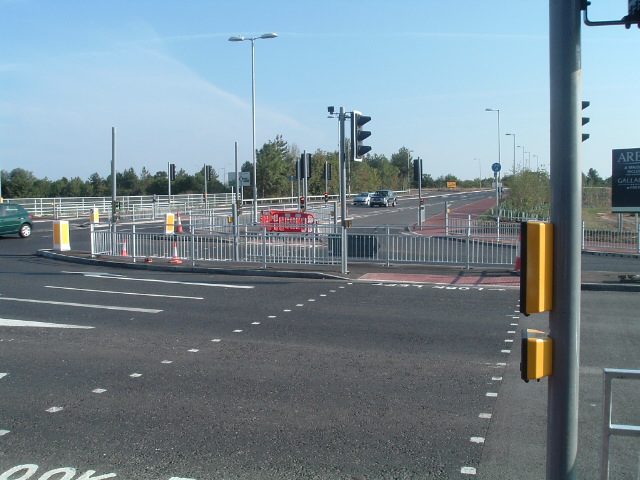 A maze of crossings. The view from the southern side of the Kings Hedges Road / Cambridge Road junction. 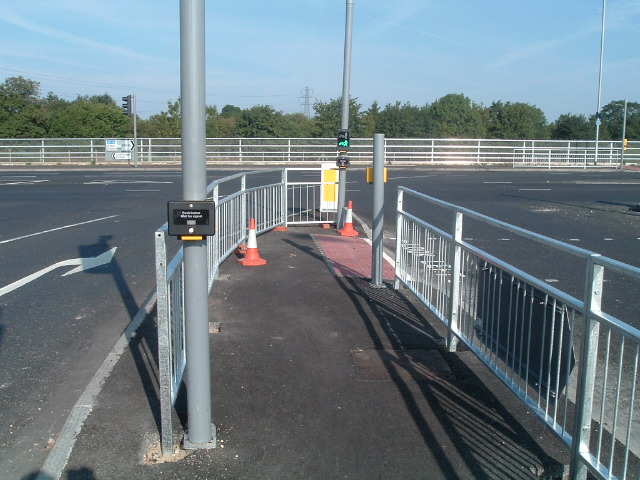 The islands don’t provide a lot of room for cyclists and pedestrians heading in both directions to be able to pass one another. 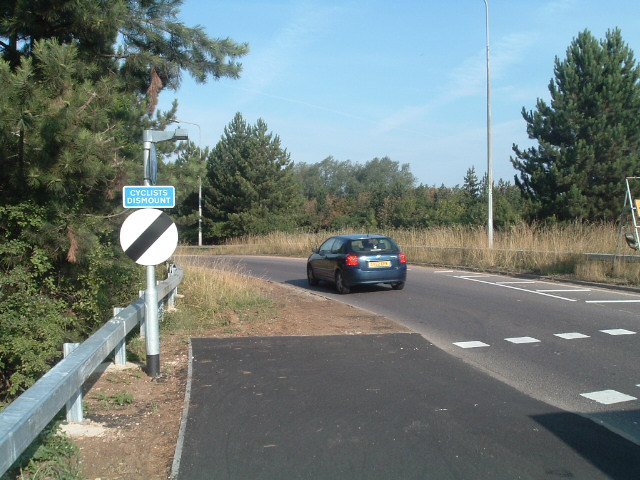 A nice shiny new Cyclists Dismount sign has appeared at the Histon Roundabout.

Dangers of heading from West to East along Kings Hedges Road

I decided to try riding from Histon to the Science Park using the path as far as exists and then going onto the road. The distance along the road is about 1 mile in length. The path only takes one roughly as far as the St. Catherine’s Square junction of Kings Hedges Road where there is this awkward double right turn onto a 2 stage crossing: 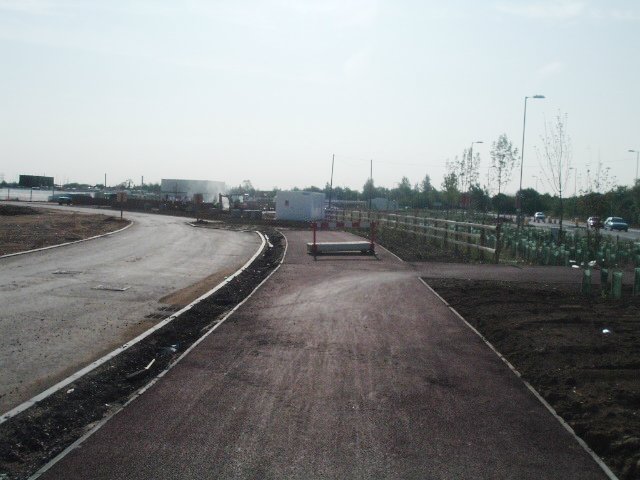 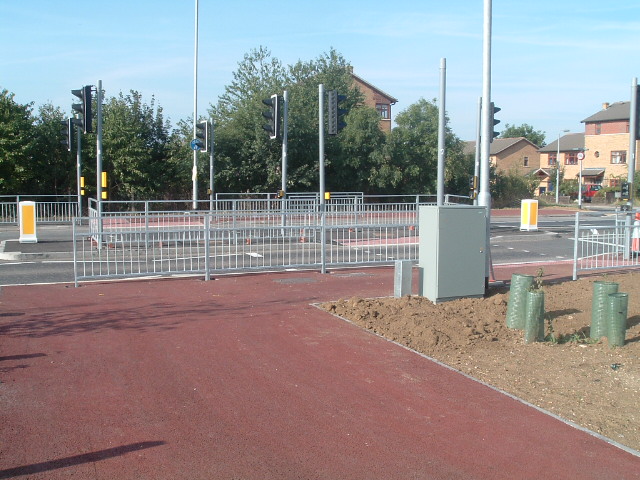 It looks as if the idea is that cyclists should use the crossing in order to ride along St. Catherine’s Square, but that involves quite a detour. So, we’ll carry on. Approaching the crossing on the road you find it looks like this: 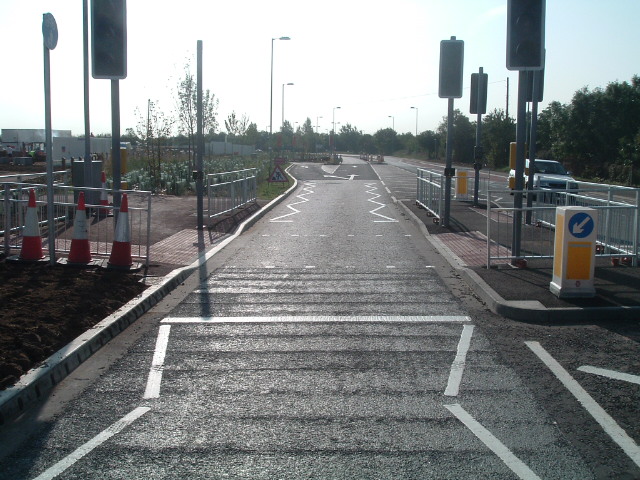 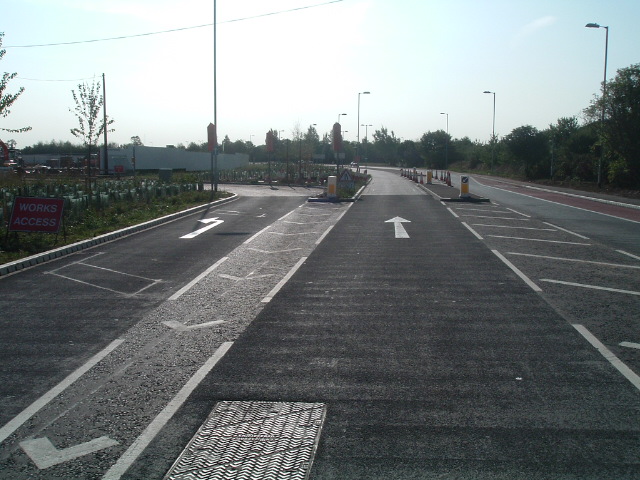 Second dangerous narrow gap, this time combined with a slip road to the left. 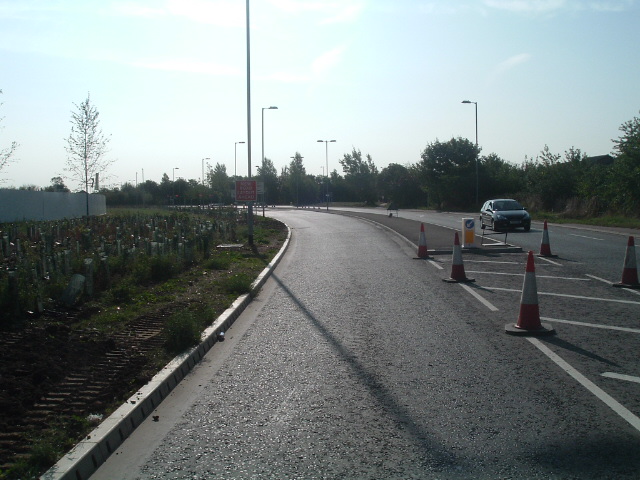 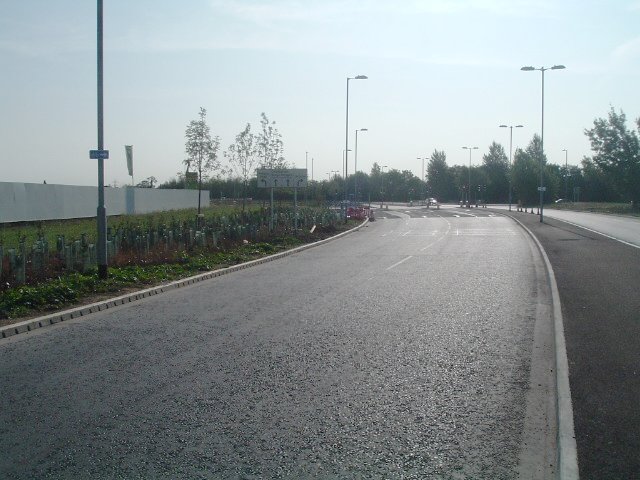 Fourth danger on the lead up to Arbury Road. Note that cyclists going straight on must be in either the second or third lane from the left. Those using the right turn on the signed cycle route to Arbury must be in the fourth lane at this junction. 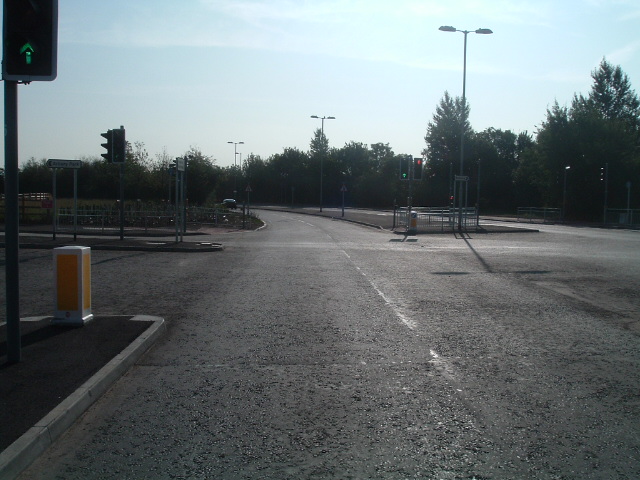 Fifth danger. Two lanes go into one at this narrow gap the other side of Arbury Road. So, expect drivers to race to be ahead of each other. 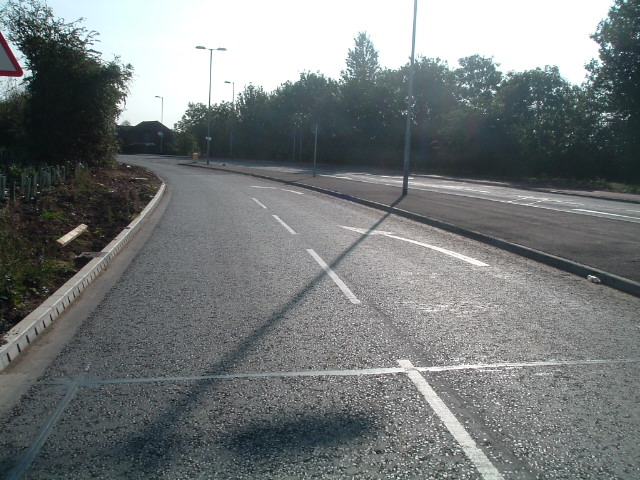 Another view showing the way the lanes merge together, with little room for cyclists when two cars are trying to occupy the same lane. 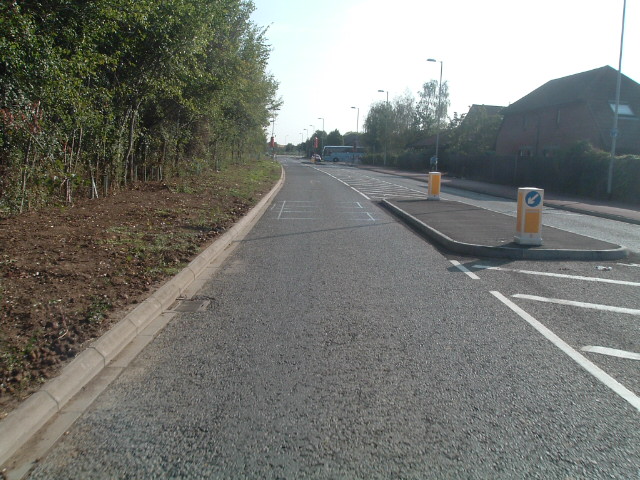 Sixth danger. Another island in the middle of the road. 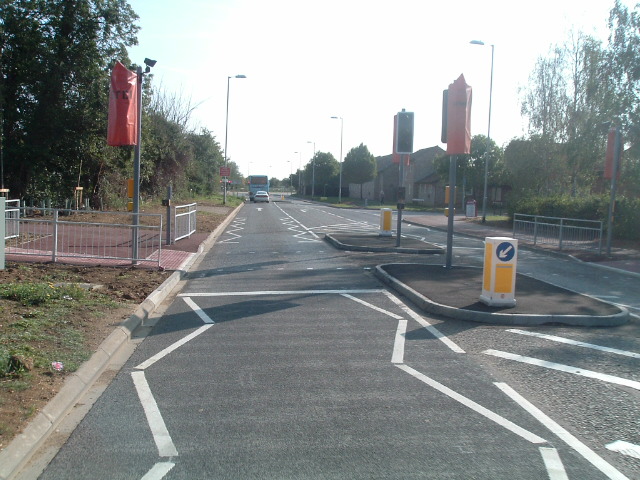 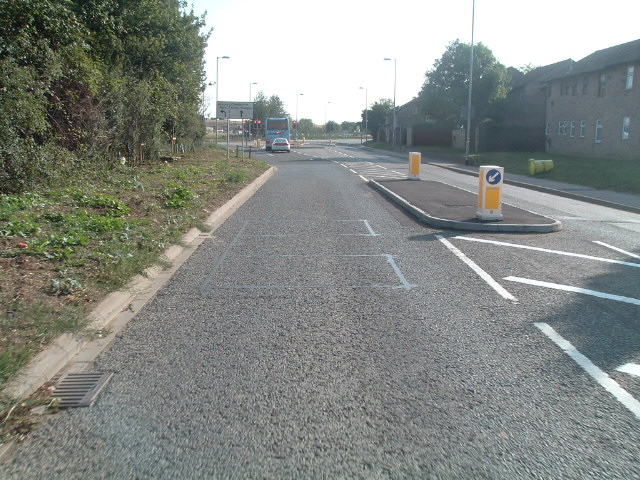 Eighth danger, another narrow gap just the other side of Buchan Street. 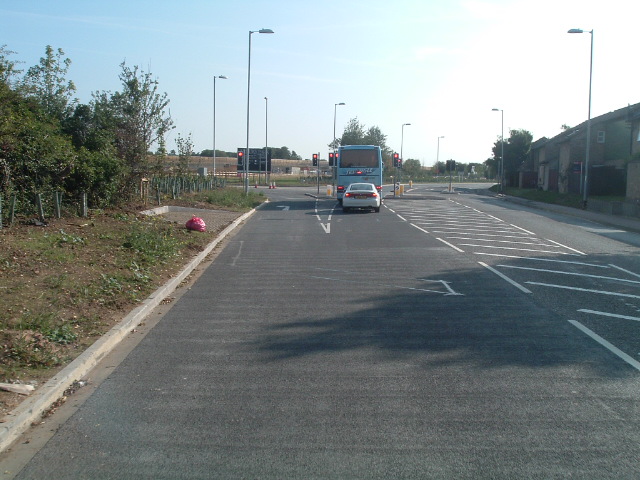 Ninth danger. This requires cyclists to pass a long slip road while looking out for vehicles trying also to negotiate the narrow gap with the bus in it. 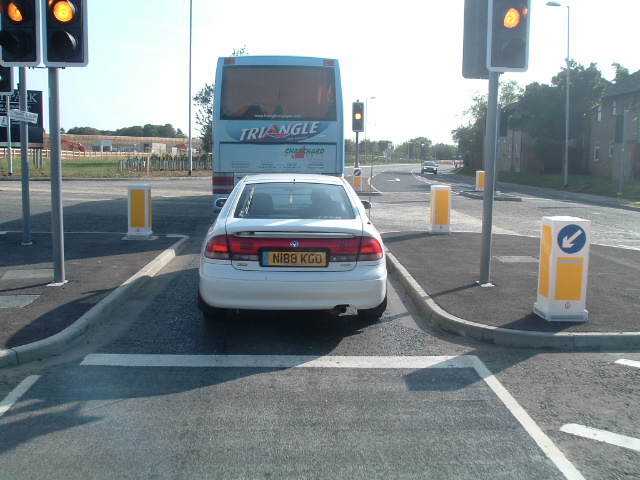 Another view showing how narrow this is. A car can’t safely pass a cyclist here, but it’s wide enough that they might do so anyway. 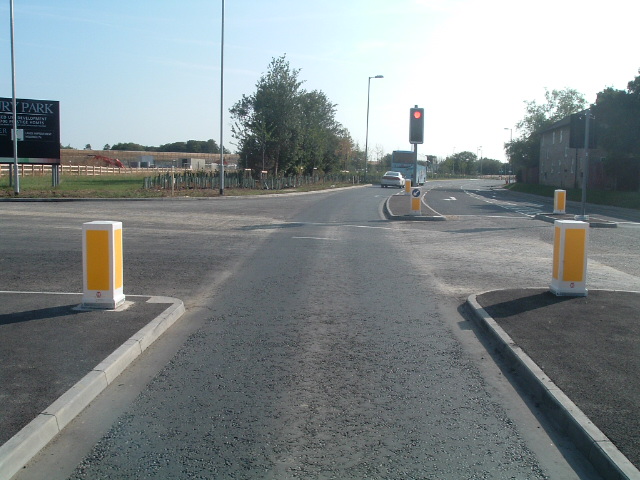 Tenth danger the other side of the same junction. Another island. 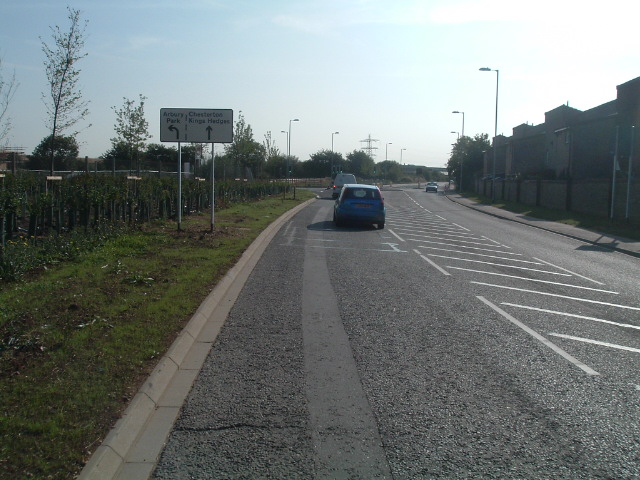 11th danger. Where there aren’t islands there is paint. Drivers could give more room here, but most won’t cross the white lines. 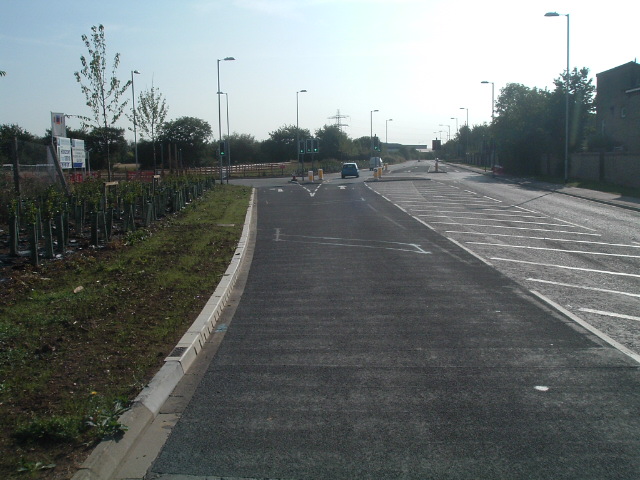 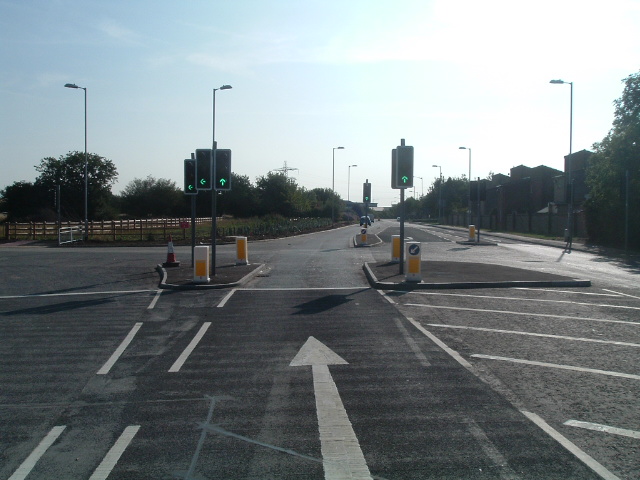 13th danger. Another island the other side of this junction while will keep cars trying to pass bikes close to those bikes. 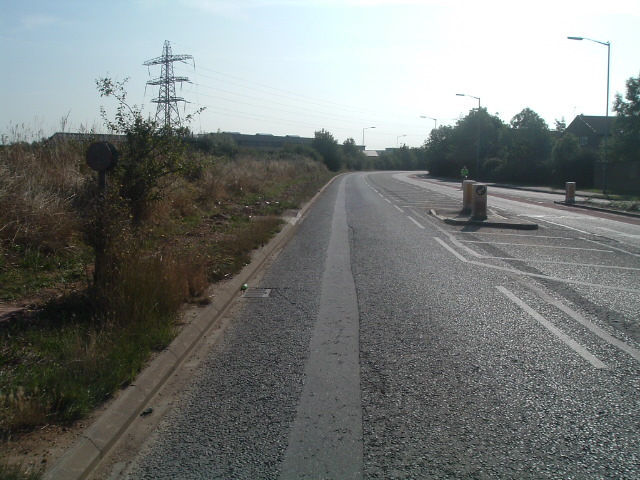 Having seen so many narrow gaps within a mile, you may like to read a very good article about the dangers of pinch points.

It’s much the same story in the opposite direction: 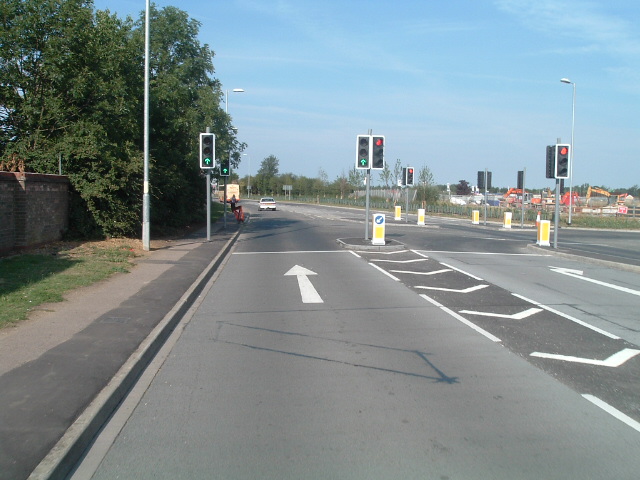 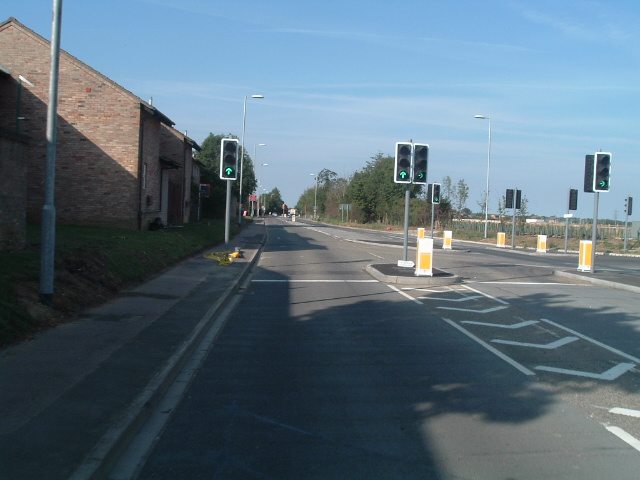 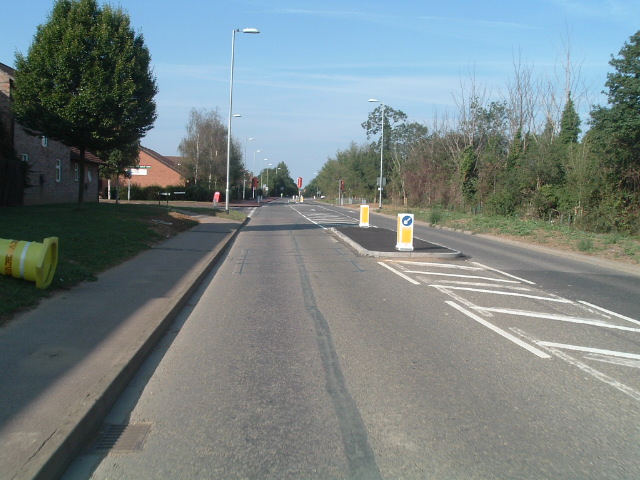 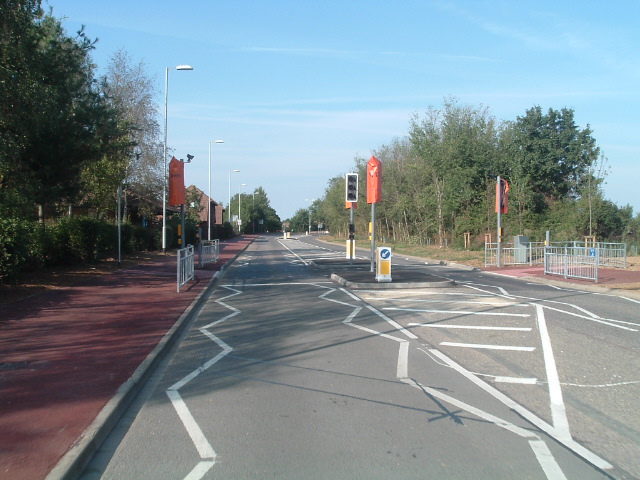 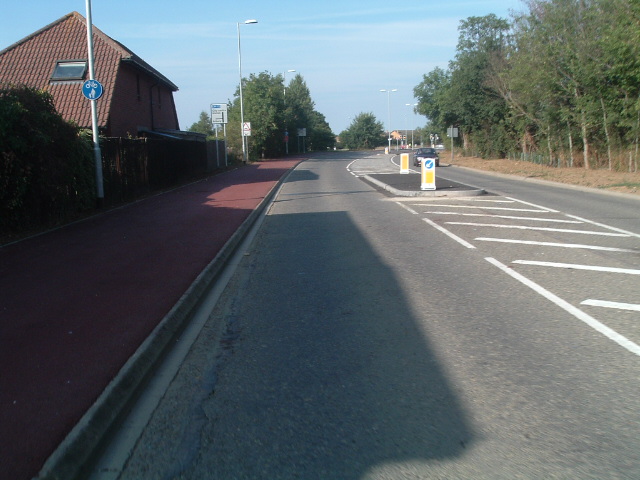 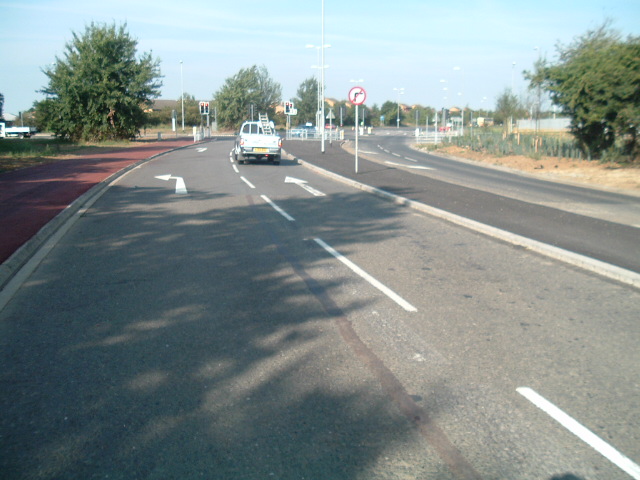 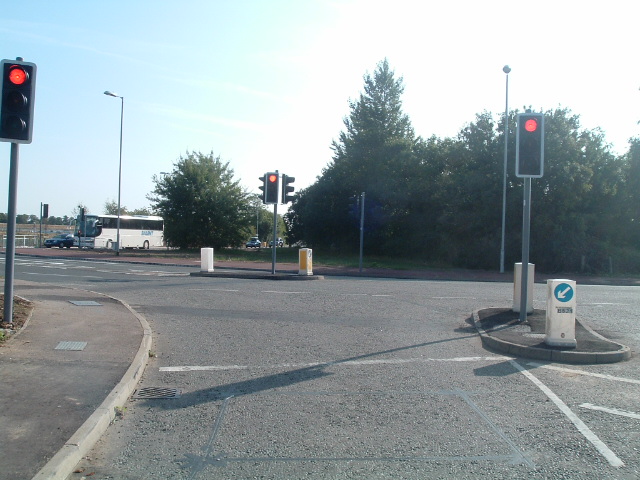 Cyclists who might have been tempted by the St. Catherine’s Square option would find themselves here. There no way onto the shared use path opposite from this point.