At the AGM, I gave my usual Chair’s summary of the year. It’s been a busy year for the Campaign, with new schemes appearing on the ground, large numbers of campaigning issues, the beginnings of a fairly intense debate about Dutch-quality provision, debate about the operations of the press, particularly locally, and much more.

There have been quite a few positive steps on things we’ve been campaigning on for many years, which we thought would be useful to summarise here. 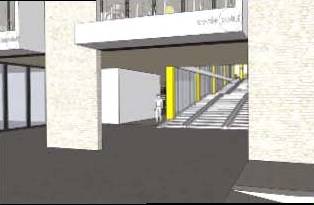 After a campaign lasting over 15 years, a proper cycle park at the station is about to be built: 3,000 spaces, spread over 3 floors, using a Dutch-influenced design (see Newsletter 106). It’s not 100% perfect, but it will surely be a massive, massive improvement on the current situation. We met five times with the developers to set out our aspirations prior to the unveiling of the design.

There is a video on our website dated from 1997 where we interviewed commuters at the station about their frustrations trying to find a space. It could have been filmed yesterday.

A new station is to be built, with 1,000 cycle parking spaces. The new station will increase access to the railway for people in northern Cambridge, and reduce pressure on the central station. We are still pressing for improvements to the access arrangements. We made it clear that the Bramblefields route should not be signposted as a cycle route to the station, instead wanting to see the routes via Nuffield Road or Moss Bank made more attractive. 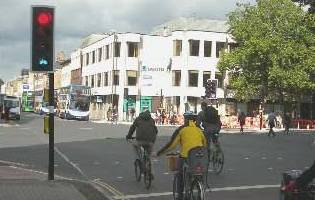 The county council has managed to get Department for Transport (DfT) agreement for these lights which, from the beginning, have worked well. The cycle lane heading into town is also a significant benefit here on what is the major flow of cyclists entering the junction. Although we have many concerns with the rest of the junction, these lights are a clear improvement, and something we’ve long argued for. It looks strongly as if the DfT will soon allow lower-height cycle-only mini lights which will improve things further. Hopefully, these lights will become standard at other junctions in Cambridge. 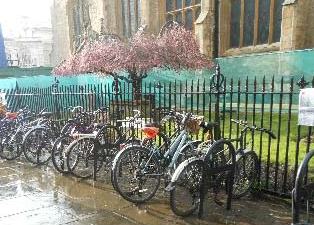 The city council has begun a project to provide up to 700 spaces in the city centre and to consider locations for a third cycle park. Most have now been agreed, and there is rightly further consultation on spaces which could be problematic for the disabled. Encouraging noises are being heard about the cycle park aspect of this project. 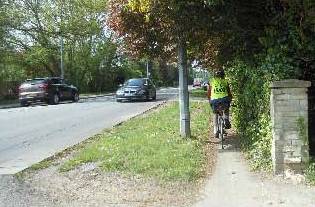 A new group was set up to campaign on improvements to cycling in the A10 corridor, which we have supported. Improvements on one section have already been approved by the county council. 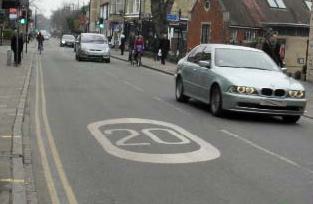 The city-wide 20mph proposals have gone up a gear (or should that be down?). There are ongoing questions as to whether certain busier roads should be included, and there are mixed views within the Campaign on this. So far this proposal has cross-party support, and indeed follows the lead taken by other towns that have decided that Twenty’s Plenty, but there is more to be done. County policy changes in recent years have made this easier to achieve. 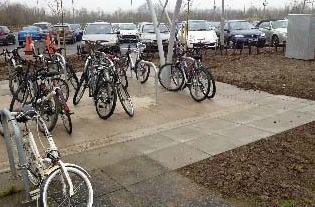 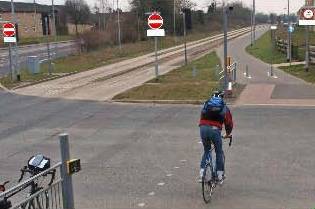 This cycleway, sorry ‘Cyclebahn’, now has some solar stud lighting, and the county organised a celebration ride. Although not lighting up the path as such, this certainly does make cycling in the dark here easier. Except for the problem of squashing frogs of course!

This plan contains a lot of good, positive ideas. We’ve suggested a number of improvements to strengthen it. In particular, we’ve said that 40-45% of journeys in Cambridge by bicycle should be the aim, and that the best of continental standards should be more explicitly aimed for in all new schemes. We also made the case that cycling and walking should no longer be lumped together in strategies. In a city with well over a quarter of journeys by bike, this is no longer appropriate.

Proposals have been coming forward for improvements to the Green Dragon bridge. Frankly, simply removing the ‘cyclists dismount’ signs there would probably get rid of 90% of the conflict. The bridge is wider than many shared-use pavements that have fewer problems. 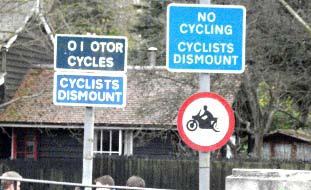 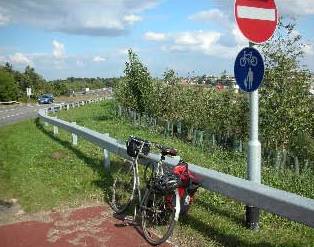 This new path in Orchard Park, which makes this new development much more accessible for cycling and walking, has been approved, thanks to county councillors and following much campaigning by Klaas Brümann, other members of the Campaign and local people. 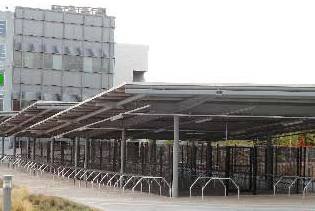 This has just opened, and makes a small start on sorting out that site. There are many other problems here though, and one of our members, Heather Coleman, has drafted a useful audit report (see Newsletter 106) which we need to turn into a full action plan.

Cambridgeshire County Council was one of only a handful of local authorities to win Cycle City money from the DfT, which brings in £4m or so of investment. Officers seem to be thinking imaginatively and positively on how this can improve three key radial roads. We’ll be scrutinising these carefully, but initial signs are good. 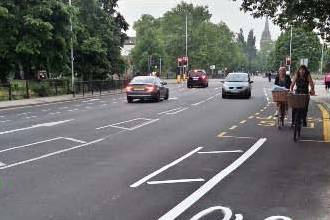 Thanks to the quick work of the county Cycling Officers, a local but significant improvement has been made to East Road by adding advisory queue-busting cycle lanes. This is a rare case where narrower lanes are acceptable because there is queuing or stationary traffic for much of the day. At busy times, cycling here is now significantly easier. The lanes have established the principle of cycle space here too. We want to see cycle lanes considered in all future resurfacing works.

This ride, supported by the city and county councils, saw a record 585 people arriving by bike. Particularly for the many children, cycling the twenty-five miles was a real achievement. 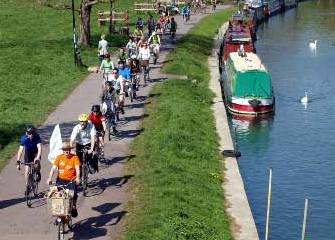 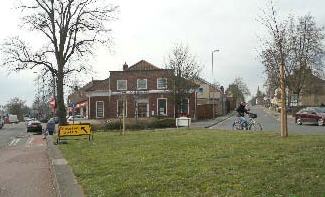 There is now a new policy in the City Council Local Plan for the gyratory system to be removed, with the layout restored to a standard crossing at the exit to the bridge. This will make arguing for changes here significantly easier as developers come forward with various buildings.