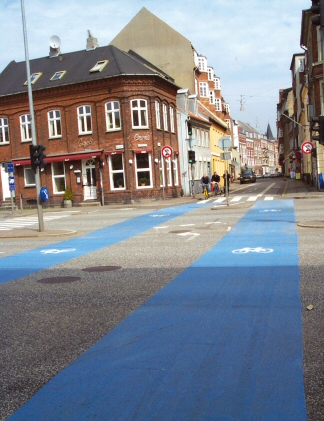 Drivers… …will only be tempted out of their cars if they see a better alternative. Cycling infrastructure that looks unsafe, is inappropriate, or appears slower than going by car will not encourage people to leave their cars at home and hop on a bike instead – only high-quality cycling conditions will tempt more people out of their cars.

Different forms of provision are suitable in different places and planners need to think as carefully about infrastructure for cyclists as they do for drivers.

The Campaign isn’t simply seeking miles of new cycle track or red tarmac on the roads, but suitable high-quality infrastructure that’s designed to meet the needs of cyclists wherever they may be. The first priority is to make the roads as cycle-friendly as possible before considering forcing cyclists onto pavements. Even busy roads and junctions can be tamed to a certain extent by the provision of wide cycle lanes and hybrid cycle lanes with good visibility and directness.

Equally, small aspects of a cyclist’s journey, such as ease of crossing at busy roads, well maintained and well lit routes and (as far as possible) an obstruction-free environment also need to be carefully considered.

Finally, as with drivers, cyclists need safe and convenient facilities to park their bikes at the end of their trip. There’s little point in providing the best streets in the world if there’s nothing to attach a bike to at the end of the journey.

Following these principles, our plans as outlined in this document offer a coherent way of addressing the transport needs of cyclists and drivers alike and a vision that, if addressed correctly, can become reality by 2020.

Space is the key

As with many problems in Cambridge, space is the key. Cyclists must be actively favoured in the city if more people are to be tempted out of their cars, and this means making more space on the roads.

Main roads in the new developments offer an opportunity for wide cycle lanes whilst places like Queen’s Road could include such provision if parking was reduced. The Addenbrooke’s Access Road would have worked better with a consistent, wide cycle lane rather than the mix of unsatisfactory on- and off-road provision. 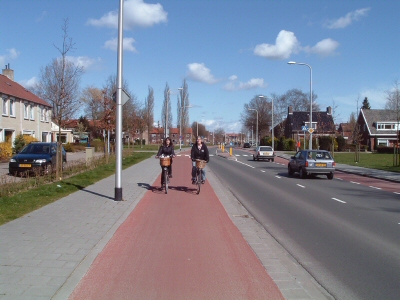 These are a particularly important aspect of our proposals. They are much in evidence in the Netherlands but extremely rare in the UK. We want to see experimental schemes here to demonstrate the benefits of hybrid cycle lanes, for widespread adoption by 2020.

They combine the best points of both on-road cycle lanes and off-road cycle tracks, whilst excluding the harmful aspects of both. They are on-road cycle lanes with some physical demarcation and provide the feeling of protection that less confident cyclists want. They’re 2-3 metres wide and uni-directional. 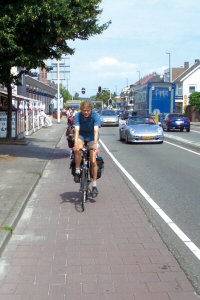 Cyclists have plenty of space in these hybrid cycle lanes, with room to overtake, and drivers are actively discouraged from using the cycle lane as parking because of the coloured surfacing and having to drive over a cobbled or textured divider.

Hybrid cycle lanes combine the best of both on-road cycle lanes and off-road cycle tracks, avoiding the downsides of both. They are on-road but with a ‘feeling’ of protection

Importantly, at side roads, priority is maintained. And because they are on-road, cyclists can be better seen by drivers, unlike a typical British-style pavement cycle track such as Milton Road and Barton Road.

This genuinely high-quality form of provision would be a huge inducement to people to get on their bikes. Cambridge East, Northstowe, and the other new developments would be a great place to see these implemented.

What about off-road provision? 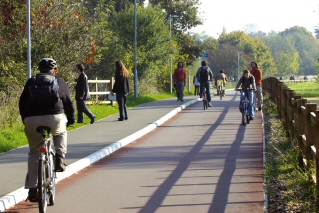 As mentioned earlier, the Campaign believes that cycling provision needs to be looked at on a case-by-case basis.

Faster and more confident cyclists may still prefer to use the road, but in some cases, those new to the area or who are less confident on their bicycles are more likely to be enticed out of their cars by a safe off-road route into the city. This is similar to the way that some drivers choose to use motorways and some to use minor roads instead.

There is also tremendous scope for building more walking/cycling-specific links and connections. These shouldn’t be seen as an alternative to providing good on-road provision as they are effectively a different route.

For instance, the Jubilee Cycleway, going via the Green Dragon Bridge, acts as a pleasant alternative to the more direct but busy Newmarket Road. 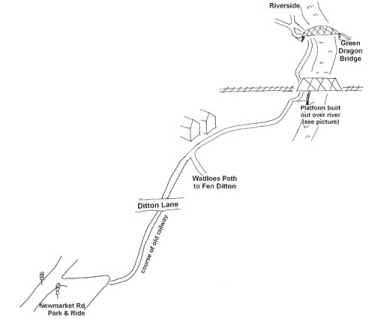 There is tremendous scope for building more walking/cycling-specific links 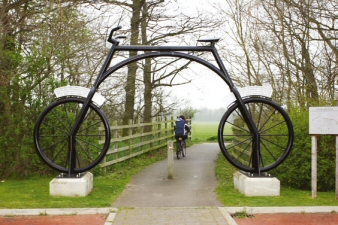