In late July 2006, contractors fenced off the cycle parking outside Cambridge central library, in conjunction with the nearby works taking place. We are unaware of any notification of the removal of this much-used facility having been given, and cycle parking in the city centre, particularly in the vicinity of Lion Yard is already in short supply.

Unsuprisingly, there are now bikes parked insecurely all around the area, wherever space can be found. This is at a time when cycle theft in Cambridge remains high.

At the beginning of September, the cycle parking at Fisher Square was reopened temporarily. It will close again in January, at which time the need for alternatives will become even more pressing. We really think parking must be made available elsewhere before this work starts.

In the meantime, additional pressure on cycle parking has been created in the City Centre by the closure of racks outside the former Bradwell’s Court in St Andrews Street during September while gas main works are carried out.

We have written to the authorities requesting alternative provision while this work is carried out.

We propose that a long bank of cycle ranks be provided on-street, outside the River Island shop. (See below for location.) This area is already yellow-lined so not used by motorists and there would remain sufficient space for deliveries.

(Peas Hill would not be a preferable location, as this would mean that lorries would continue to park outside the Corn Exchange, where a new cycle contraflow is helpfully to be provided following our lobbying.)

A campaign representative was featured on BBC Radio Cambridgeshire on 31st July.

On 28th July, Councillor Rod Cantrill wrote: “We are exploring with officers possible locations for temporary cycle racks whilst the Fisher Square work is undertaken.”

On 12th August, he wrote “With regard to this issue we understand that the closure of the Fisher Square racks is temporary at this time – as the developer undertakes exploratory work. The area will reopen in the short term but will close when proper works on Fisher Square commence. This provides some space for us to consider alternative solutions, which we must do in conjunction with the County Council. The holiday period has meant that whilst ideas have been exchanged it will not be until September when we will hopefully be in a position to have specific proposals.”

Councillor Reid has suggested that riders could use Park Street Cycle Park. Whilst this is an excellent facility, it is a good 10 minute walk away, and so would add 20 minutes to a journey to the Library.

These photographs were taken at 4pm on 10th August 2006. They illustrate that all official racks in the area are full and that bikes are being parked insecurely where space can be found. 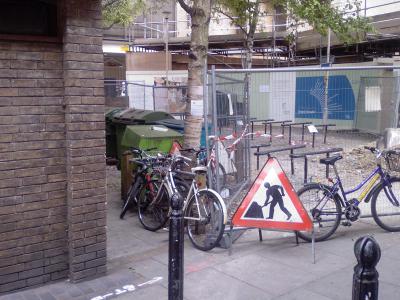 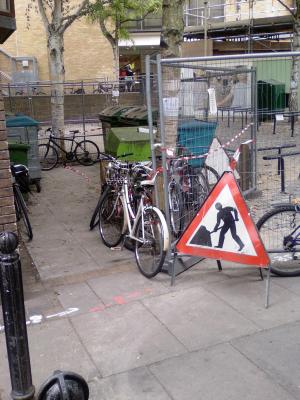 Bicycles parked to the railings. 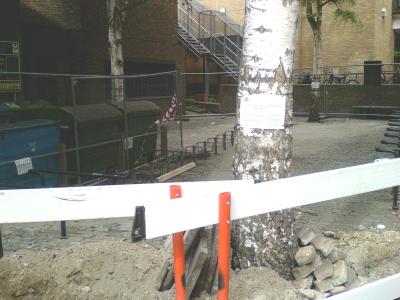 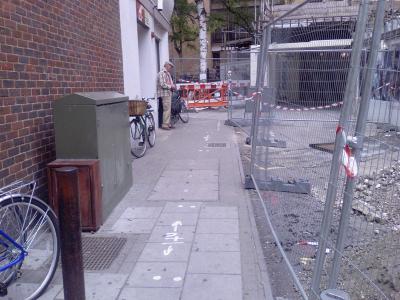 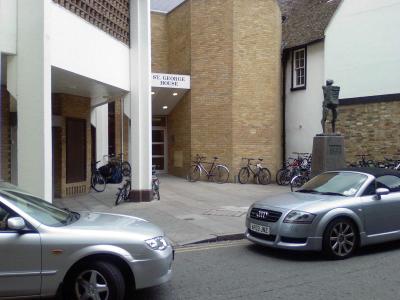 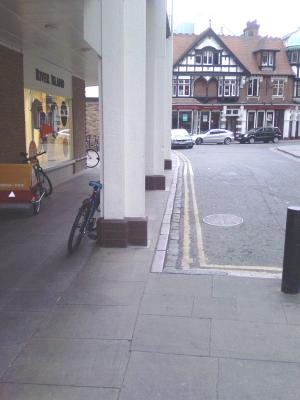 This area would be ideal for on-street racks to be added (as has been done outside St Catharine’s College).

The existence of yellow lines indicates that motorists shouldn’t be using the area, and deliveries/stopping could take place in the area further back in this picture. 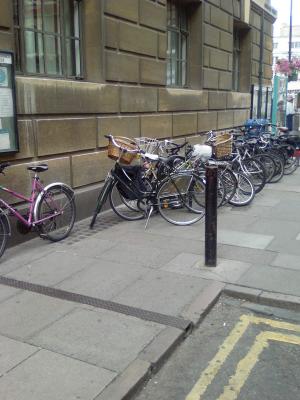 All bike racks round the guildhall full, with more insecured bikes against walls. 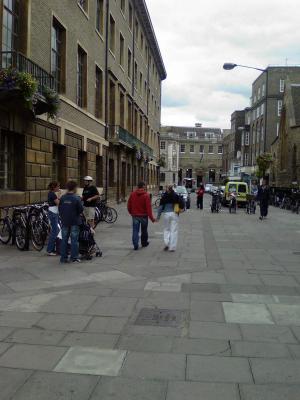 All official racks in use. 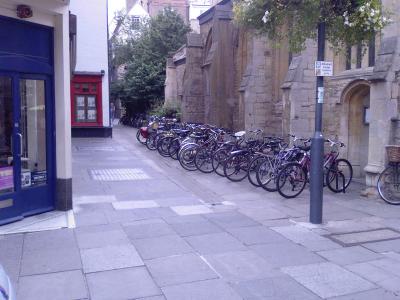 All official racks round the corner in use. 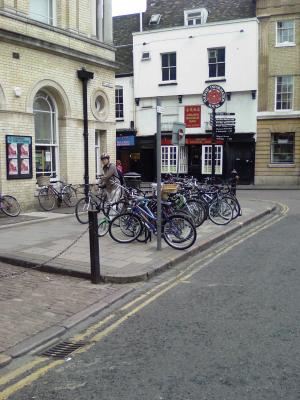 All official racks in use; bikes again against walls, insecured. 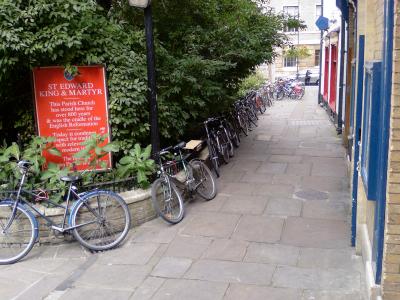 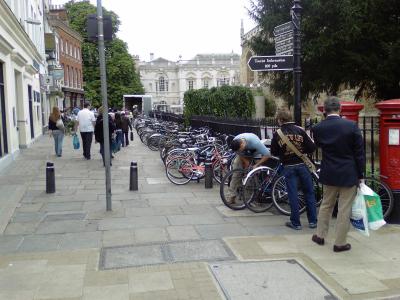 All official racks in use; several bikes again insecured. 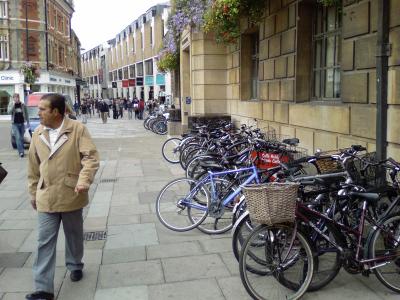 Double-parking in the racks around the Guildhall, with those double-parked insecure. 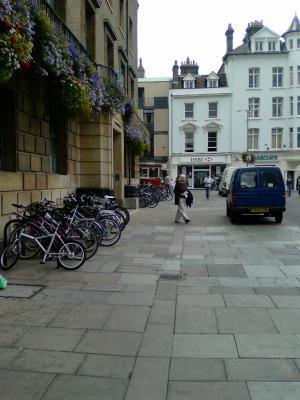 All racks in use. 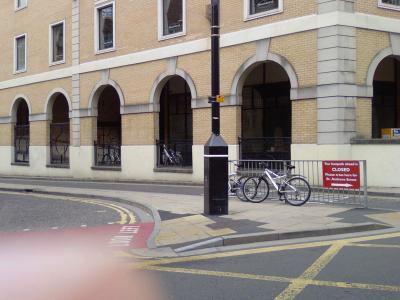