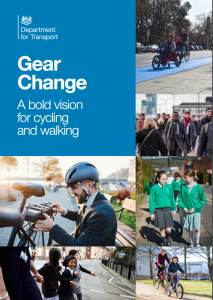 Boris Johnson was back on his bike to launch a new government strategy for cycling billed as a ‘gear change’ for active travel. Following last week’s announcements on tackling obesity, there was a health aspect to the policy which seeks to achieve a long-term shift towards more people cycling in England. The Prime Minister said that cycling gets you fit and ‘the fitter we get, the happier we are and the more we save our NHS as well’. However, the vision laid out in the Gear Change document also drew on evidence which showed the benefits cycling brings to the environment, the economy and local communities, calling for better walking and cycling infrastructure to be placed at the heart of transport decision-making and no longer seen as an afterthought.

The Prime Minister wrote in his foreword that:

Understandably, recent media coverage of the strategy has tended to focus on the tangible promises which will be funded by the £2 billion package of funding announced in July (and taken from a £5 billion fund for cycling and buses first launched in February). These include:

However, big changes to infrastructure and the process of delivering it locally are also promised, to create what Transport Secretary Grant Shapps called ‘a once in a lifetime opportunity to create a shift in attitudes for generations to come, and get more people choosing to cycle and walk as part of their daily routine’. The commitments made in the plan include: 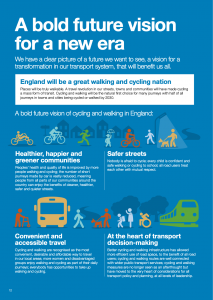 To achieve this bold vision, the strategy makes clear that stakeholder engagement and integrated working with partners will be crucial. Journalist and cycling author Peter Walker has pointed out that the transition from a country where only 1-2% of trips are cycled to one where half of all journeys in towns and cities are cycled or walked by 2030 will depend on consistent political will and funding. The good news is that behind the Gear Change report is transport adviser Andrew Gilligan, the former Cycle Commissioner for London who brought Cycle Superhighways and Mini Hollands to the capital. The higher standards for cycle infrastructure have been informed by an expert steering group led by active travel engineer Phil Jones, and a Highway Code review was drafted by experts from Cycling UK and Living Streets.

These are some of the policies that aim to maintain high standards in walking and cycling infrastructure and ensure effective solutions that help more people choose active travel for more journeys:

And finally, the new strategy addresses many of the issues which are constantly raised by those who contact Camcycle, from bike theft to barriers and planning to public transport:

‘This is just the start of the start. If we are to maximise the potential of cycling to clean up the air in our cities, tackle the climate emergency, reduce obesity and ill health, and keep our cities moving, then political determination and funding will need to be sustained for many years to come.’ 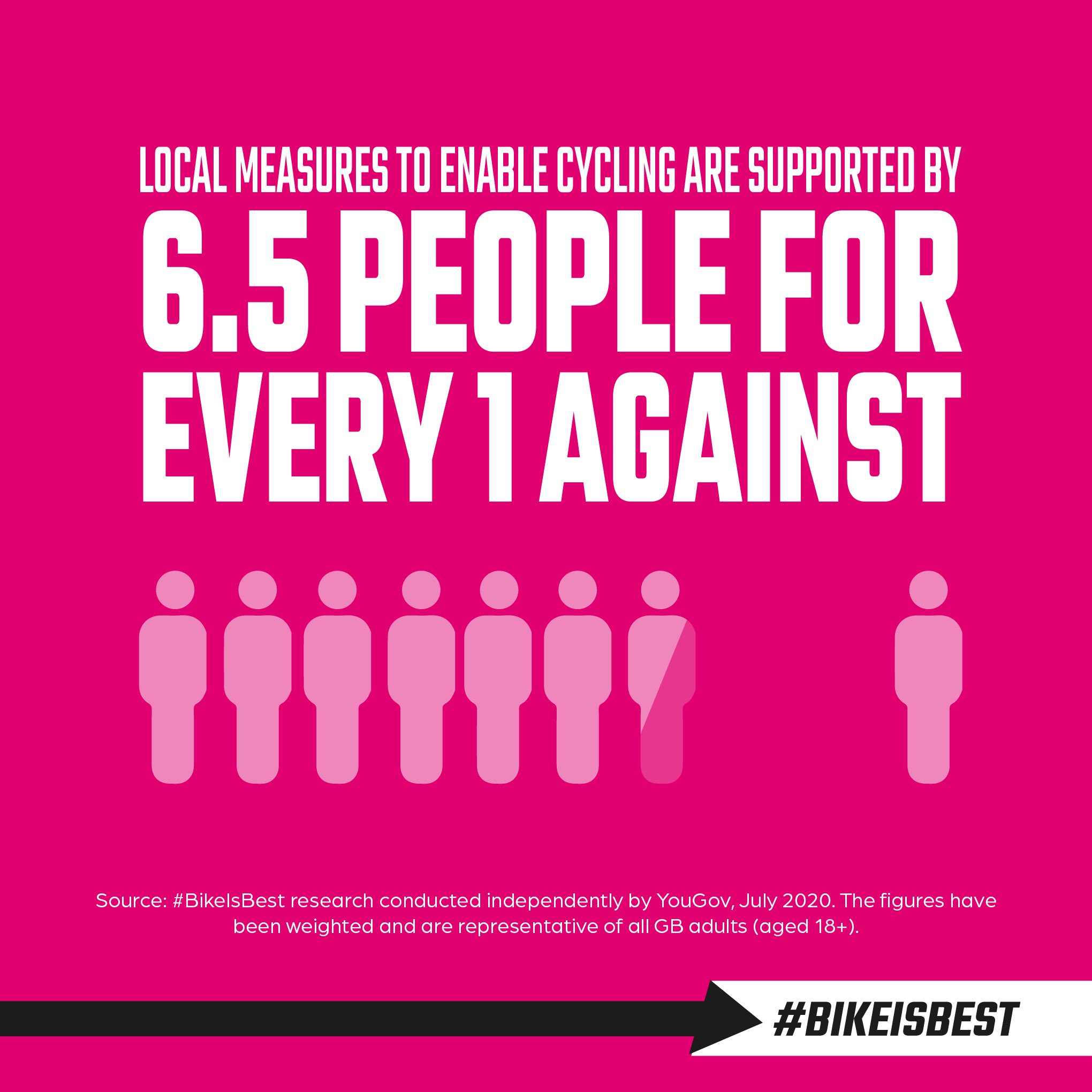 However, research out this week from Bike is Best shows that there is a strong desire for change: for every 1 person opposing local measures to enable cycling, 6.5 people are in support. Prime Minister Johnson himself writes that ‘people want the radical change we are committing to in this strategy, and we politicians shouldn’t be afraid to give it to them’.

‘Camcycle welcomes this much-needed plan from central government to transform walking and cycling across the country and enable more people to choose active travel for their everyday journeys. It’s great to see so many of the things we’ve been campaigning for in this new strategy: over 25 years we’ve built up an extensive body of knowledge about what is needed to deliver more, better and safer cycling from joined-up networks of routes to integrated working with stakeholders. We’re ready to play our part delivering this cycling future and call on local decision-makers to take up the challenge too. With strong political will and increased funding everything promised in the government’s ‘gear change’ vision is possible, so we look forward to the upcoming government spending review. A good place to start would be to follow Ireland’s example and commit a significant percentage of transport spending to cycling. The time has passed for huge road-building schemes; the time for active travel is now.’

Read Gear Change: A bold vision for cycling and walking on the government’s website, where the new guide to cycle infrastructure design (LTN 1/20) can also be downloaded.