It seems barely possible that the new area around the main Cambridge rail station could get any worse for cyclists and pedestrians, but new plans for development in the car park (buildings B2 and F2 in the ‘Devonshire Quarter’) look set to create more conflict and congestion. At the end of 2018, Camcycle submitted a petition calling for a Development Control Forum to raise these issues. The meeting was held on Wednesday 16 January and trustees Matthew Danish and Martin Lucas-Smith spoke on our behalf. They were joined by representatives from South Petersfield Residents Association and Great Northern Road Residents Association who were also challenging the planning application.

Camcycle is grateful to the huge number of people who responded to our request for comments via email and social media. Views submitted were overwhelmingly negative, with many features of the area named for their intimidating natures, such as the ‘mini-roundabout of death’ and ‘traffic-soaked sewer’. This community response helped shape a strong presentation about the problems of Station Square and the proposed new development. Matthew Danish opened by saying “Planning is supposed to be thinking about the future, looking five, ten, or even 50 years ahead. Do we want the station square to look like this?” 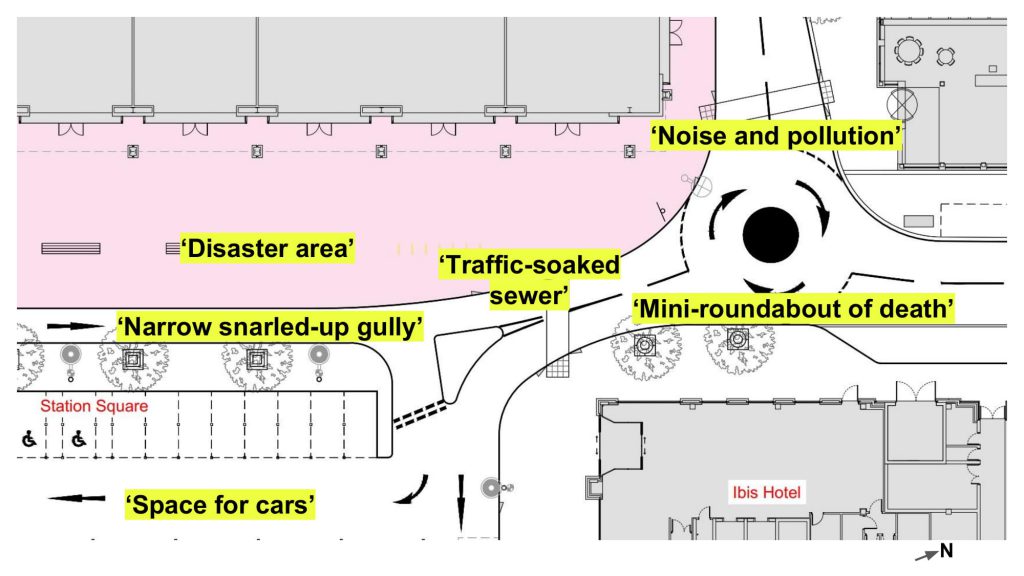 After highlighting many issues of the current layout and proposed scheme, he said he really had no idea how to explain to people how they should cycle across the square. Where is the safe and convenient route for all ages and abilities who are walking or cycling across this area – in both directions, to the cycle park or to the station? Martin Lucas-Smith added that Camcycle had asked for a segregated route “time and time and time again”. He said he could not understand why this request was still being ignored, especially given that it will be part of the major north-south Chisholm Trail for cyclists and pedestrians. Both trustees agreed that developers could not claim the square is working as an urban space when it is effectively two lanes of queuing taxis and a bus lane. 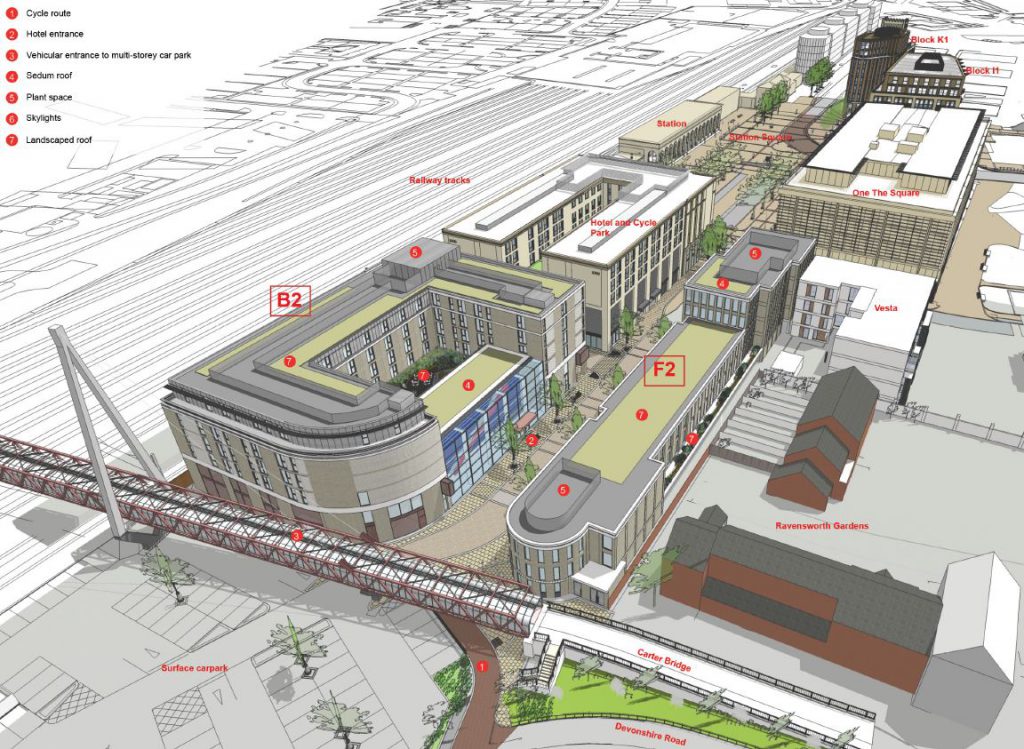 Following this meeting (which you can listen to on facebook or read about in the Cambridge News), there will be further discussions and ultimately the planning committee hearing on the new proposals (shown above). It is important that councillors continue to hear from the community that the proposed changes to the Station Square are not going to work; the ‘traffic-soaked sewer’ approach is not acceptable. Camcycle urges concerned residents to write to their councillors and share their thoughts about the Station Square area. This is an important action for everyone – even if your local councillor is not a member of the planning committee, please encourage them to get in touch with their colleagues who are.

In addition to your own personal experience of the square, we encourage you to include some of our key concerns with the proposed development.

Camcycle believes that the proposed multi-storey car park at block B2 will:

Cutting a new taxi access point into Station Square from Station Road will:

The more people who write in, the more likely that these issues will get a fair hearing. Please submit your objections today.