The Chisholm Trail is a walking and cycling route which aims to provide a mostly traffic-free link between Cambridge North and Cambridge stations and communities in between.

Phase One opened in December 2021, connecting Cambridge North to Coldham’s Lane. Abbey and Chesterton have been linked with a new bridge over the River Cam, there is a wide underpass beneath Newmarket Road and an upgraded riverside jetty link. Access has been improved to the green spaces at Ditton Meadows, Stourbridge Common and Coldham’s Common, as well as work, school, shopping and leisure destinations.

Onward links include routes along the river to Cambridge city centre, Milton, Waterbeach, National Cycle Network route 51 to Fen Ditton, Stow-cum-Quy and Bottisham and connections to the northern and southern Busway paths to St Ives and Trumpington.

Progress on Phase Two is currently underway by the Greater Cambridge Partnership (GCP).

Please respond to the GCP’s Phase Two consultation on the Coldham’s Lane junction and Cromwell Road by midday on Tuesday 6 September. 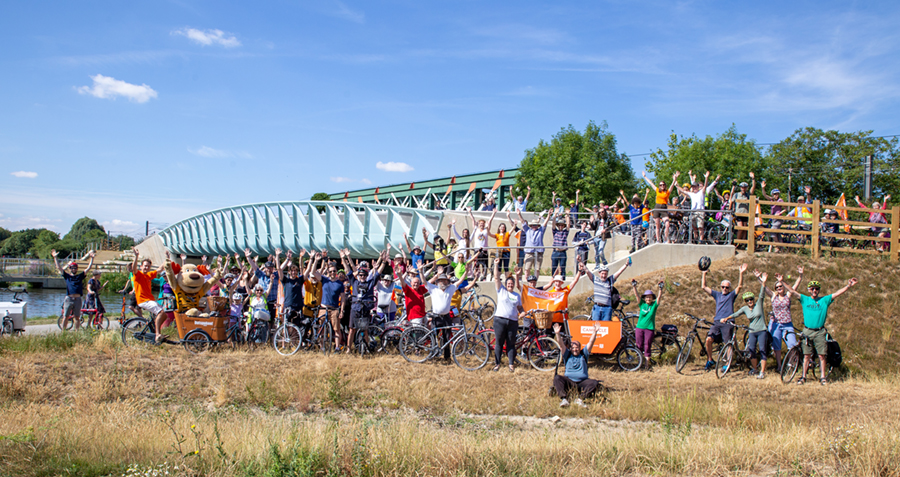 Thank you to everyone who joined us on Saturday 16 July for our Chisholm Trail celebration event: a walk, wheel and ride from Cambridge North station to Cambridge United’s Abbey Stadium, supported by the Greater Cambridge Partnership and Cambridge United Community Trust.

We have been campaigning for the Chisholm Trail, a transformative north-south route for cycling and walking, since 1998. The key campaigner is Jim Chisholm, who originally came up with the concept. In Spring 2019, we interviewed him about the Trail in our magazine. You may also be interested in our briefing notes on the Trail and the Abbey-Chesterton bridge from 2015.

The idea was adopted by local authorities in 2005 and began construction as one of the Greater Cambridge Partnership projects in 2019. In 2020, the Abbey-Chesterton bridge was lifted over the Cam and in spring 2021 a new underpass was installed under Newmarket Road, next to the Leper Chapel. Phase One of the Trail opened on 23 December 2021.

We are still campaigning for safe links on several sections of the Trail including the area around Cambridge Station and the Coldham’s Lane junction.

Interactive map of the route

Latest news from our blog

Photos and videos of the Trail’s progress 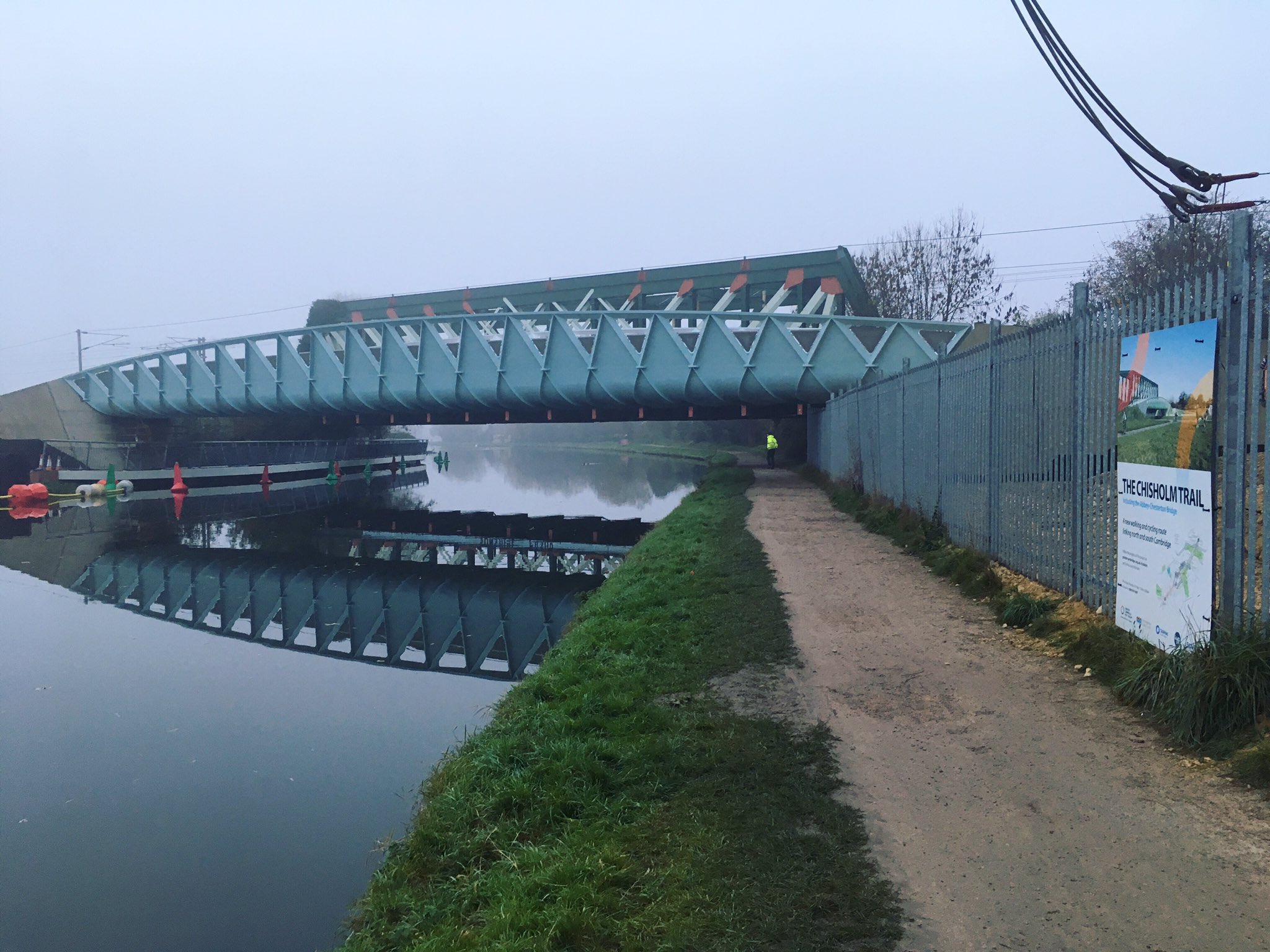 View photo updates from our volunteers on the Cyclestreets website and videos on the Camcycle YouTube channel.

Below is a thread of articles from our Newsletter on the topic: