On Tuesday 11 September, a small group of Camcycle volunteers met with West Chesterton Councillor, Mike Sargeant, and local residents to discuss possible solutions to issues with the current cut-through onto Leys Road. There have been many months of anti-social behaviour from motorbike users using the cut-through to avoid the junction at Milton Road and Arbury Road and some residents would like barriers erected here to address this. It is unclear whether the motorcyclists using this route are the same persistent offenders or a broader mixture of people, including regular commuters, but several incidents have involved speeding and/or intimidating behaviour towards pedestrians and cyclists so we can understand the community’s concerns.

As an inclusive campaign working for more, better and safer cycling for all ages and abilities, we would like to ensure that this route remains a quiet, pleasant street for cyclists with plenty of space for different types of cycle, including cargo bikes, trailers, tricycles and recumbents. Installing barriers such as ‘pram bars’ to dissuade motorcyclists creates problems for many different cyclists in a space which is already narrow with some sharp corners on the edge of the adjacent planters. In addition, the Highworth Avenue cut-through is also used by those in wheelchairs and mobility scooters as the pavements on each side have been blocked with metal barriers. We strongly believe that paths and cycleways should be easily accessible for all types of users and that this rule should apply right across Cambridge and beyond. 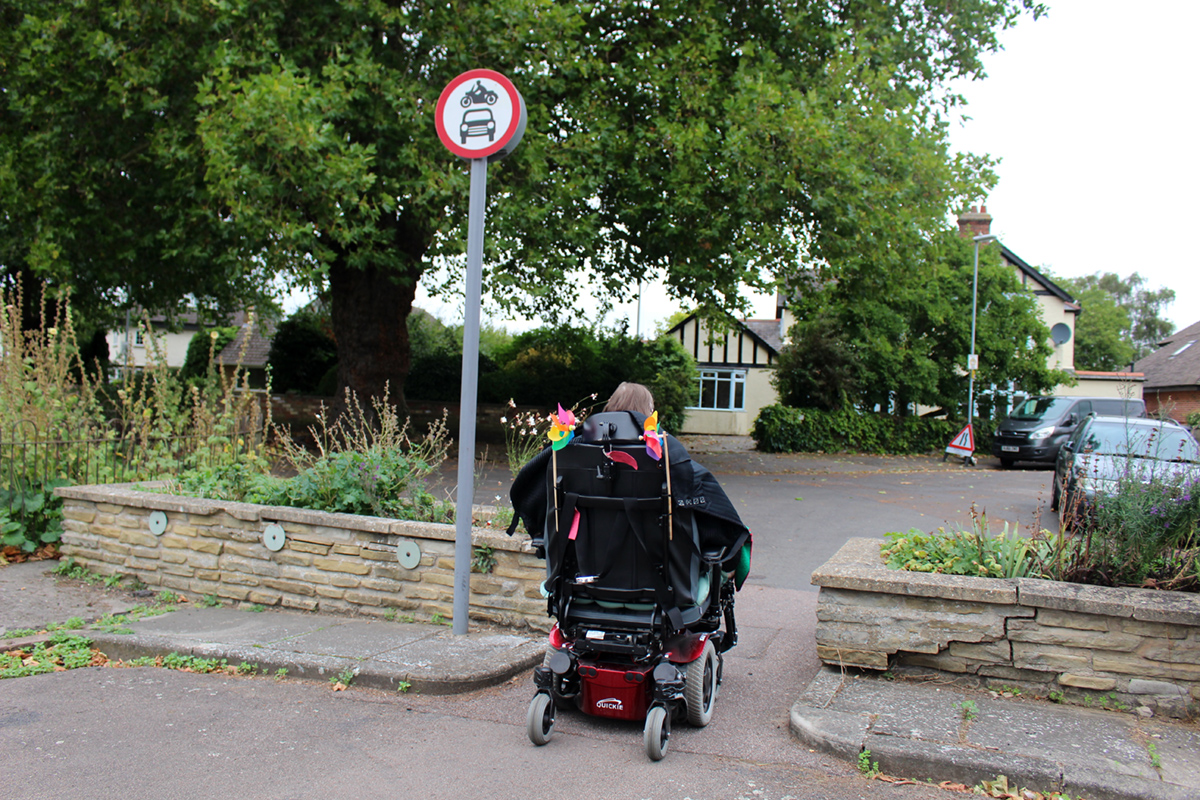 Our recommendation for dealing with illegal motorcycle access is for enforcement, preferably using ANPR camera technology which is a widely-deployable, cheap solution that only targets the perpetrators. We also discussed some alternative design options – perhaps moving the planters so that the ‘gap’ was actually part of a new surfaced cycleway between the pavement and the road, or creating more of a park in the middle of the roundabout so it feels more like an area of public space for pedestrians instead of a normal road with a barrier. Residents like the tree at the end of Chesterton Hall Crescent, which has a cut-through that is not abused by motorcyclists. Other options would be to install sinusoidal humps in the gap to slow down motorbikes or a temporary camera to gain more information about the anti-social problem.

We’ve been told there is about £4,000 of Environmental Improvement funding available from the city council to address the area, but this would only be about a tenth of what is needed to create a park, for example. Cllr Sargeant will meet with city officers at the end of the month and discuss what can be achieved. He will also look into the options for camera enforcement and get back to us.