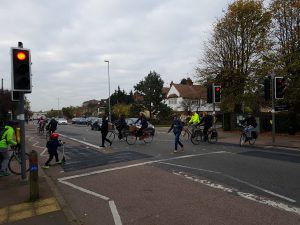 The new Milton Road consultation is now out and the Greater Cambridge Partnership has published their latest proposals for the road. There are substantial improvements from the version originally published over two years ago. The design team has largely put into place an avenue of trees protecting cycleways that are segregated from footways. We thank them for engaging and listening on that point. However there are still significant problems with the current proposal that need to be addressed, and we intend to respond to those problems in the current consultation: 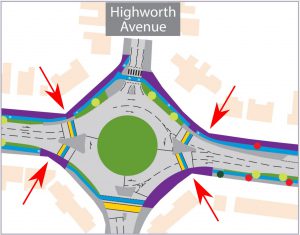 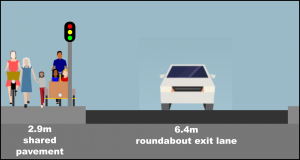 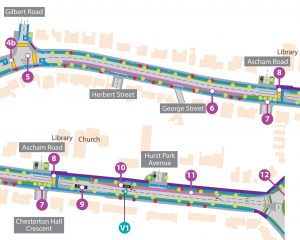 We also have a few points to make in general:

We believe that segregation of walking and the main cycling route should be maintained throughout the scheme. At every point where a pedestrian crossing of a cycleway is needed, a simple Zebra crossing should be painted on the cycleway.

We strongly support the safe bus stop design proposed that has the protected cycleway segregated from both the footway and the passenger waiting area. This ensures that everyone has a comfortable and safe space, and that there is a defined crossing of the cycleway (a Zebra, as specified above) for people wishing to use the bus. The following diagram shows what a safe bus stop design would look like with a Zebra crossing of the cycleway: 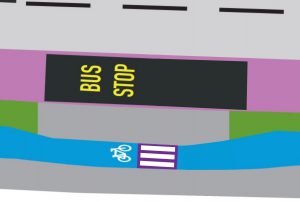