Following a summer hiatus the GCP Joint Assembly and Executive Board meetings will have begun again in earnest by the time this newsletter is published.

Agenda items for September meetings include:

Camcycle encourages members to keep track of these via Cyclescape 608.

The GCP Executive Board has approved recommendations for the ‘Final Concept’ plan for Milton Road. Whilst it incorporates some aspects of the ‘Do Optimum’ proposal, the extremely long bus lanes leave little room for safe bus stops, loading bays, or realistic verges for trees. Camcycle suggests that the ‘Final Concept’ design will raise more questions than it answers. Milton Road Local Liaison Forum workshops will work through the detailed designs.
Cyclescape 3024 (Do Optimum) and 2662 (Milton Road Local Liaison Forum)

A schedule has been announced for a series of events to gather community views for all 12 proposed Greenways routes with a view to developing more detailed proposals for consultation.

The four events for the Barton and Haslingfield Greenways are:

It has also been announced that a series of smaller engagement events for the St Ives Greenway route, focusing on specific links between the St Ives Busway and nearby villages, such as Rampton, Oakington and Fen Drayton, will be held Autumn 2017 – Spring 2018. Details have yet to be released.

The proposed development is a joint project between Cambridge City Council and developer Hill. An online consultation response form sought feedback. Camcycle wrote to Hill following our meeting with them on 10 August, and following a meeting amongst our own members to discuss our policy view. 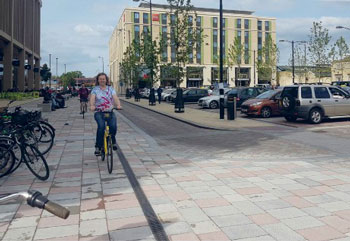 Phase One of the Chisholm Trail, between the River Cam and Coldham’s Lane, was passed unanimously by the Joint Development Control Committee – Cambridge Fringes.

Phase 2 of the Chisholm Trail will establish a link from Coldham’s Lane to Cambridge Station.
Cyclescape 2635

How would you improve Cambridge Station Cycling?

While the CB1 development is not yet complete, it’s clear that there are significant issues for cycling. Camcycle members met in August to discuss how they would fix the public space and cycling routes to, through and around the new station development.
Cyclescape 3427 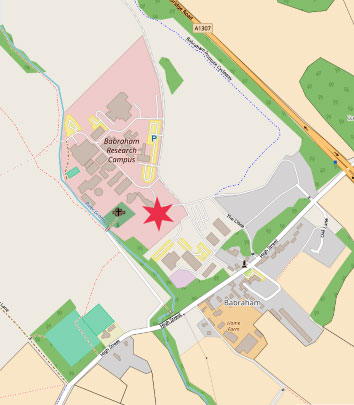 Members of the public can support or object to planning applications if they have concerns about developments in their local area.

You can contact your local councillors and/or search by the reference number on the Cambridge City Council, South Cambridge District Council or Cambridgeshire County Council planning portals to submit responses directly.

Summaries of the applications, discussion about the cycling issues and our final responses can be read on the Cyclescape thread. In this section are just a few from the last couple of months.

We’re concerned about cycle parking and the facilities provided for cycle commuters. We think that safety improvements for walking and cycling should be made to the roundabout outside the Babraham Research Campus on the A1307.
Cyclescape 3504 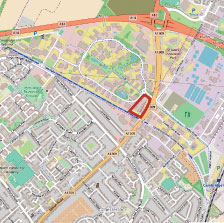 We objected to this application which involves re-developing the whole south­west corner, including two existing entrances for pedestrians and cyclists: one from the Busway and one from Milton Road. A through-route for pedes­trians was shown on plans, but only a destination for cycling: this is a heavily used entrance which must be maintained as a cycle route. We suggested that pedestrians and people cycling should be separated, and the path and entrance wider than the existing entrances.

The cycle parking proposals lacked enough detail to establish whether the double-decker racks were of good quality and that there was enough space to manoeuvre into them. There was no provision for cargo bikes or cycles used as mobility aids.

We commented on the lack of casual oversight of the location inside the multi­storey car park, and that cycle parking closer to the building entrances would be more accessible, as well as demonstrating commitment to encouraging cycling. 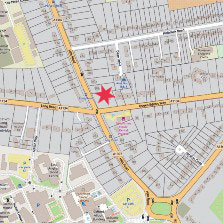 We noted the importance of maintaining access to the Science Park for people walking and cycling at this location throughout building works.
Cyclescape 3395

We objected as the planning application had numerous inconsistencies when depicting and describing the cycle parking. Insufficient information was provided about the quality of the cycle shelter and basement cycle parking. The proposed painted cycle lane on the excessively steep driveway with a 90-degree turn would be very dangerous. We would also like to see proposals for improvements made to the junction of Hills Road and Queen Edith’s Way.
Cyclescape 3464 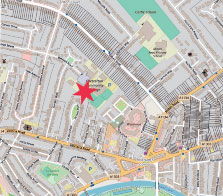 We objected to the insufficient access to the site after school hours (needed for adult education classes and public meetings) and the concentration of cycle parking in one area making access for visitors very difficult. We also think there is opportunity for additional access from Lilywhite Drive.
Cyclescape 3483