From ‘City Deal’ to ‘Partnership’ for Greater Cambridge

We hope to see this improve the consultation approach and the outcomes of the City Deal and we will continue to work on making sure cycling remains a key beneficiary from this opportunity.

You can find out more at www.greatercambridge.org.uk 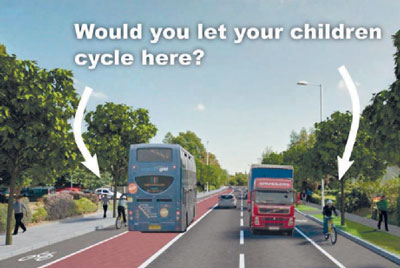 By the time of this newsletter’s publication key decisions will have been taken at the GCP Assembly and GCP Executive Board meetings in mid-July. Camcycle has supported throughout the detailed design phase (and will continue to do so) the Milton Road Alliance’s ‘Do-Optimum’ proposal that creates safe cycling conditions with an avenue of trees and verges, alongside neighbourhood-sensitive bus priority measures.
Cyclescape 3024

Camcycle has been invited to the GCP’s first Greenways ‘user group’, a series of meetings which have been established following the decision ‘to engage with likely users of the routes, to hear about their requirements before we take the routes forward to the design stages’.
Cyclescape 3270 (Waterbeach) and 3271(Fulbourn) 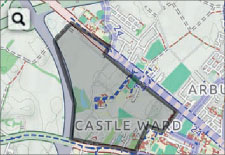 Camcycle has responded suggesting that a number of topics should be incorporated into the ‘Issues’ section of the Storey’s Way Conservation Area appraisal. These included commuter parking during the day, which means that during peak hours the northern section of the road is a traffic jam between lines of parked cars, and the pinch point which regularly causes large vehicles to get stuck and poses a major obstacle for the main cycling route between Northwest Cambridge and the city centre.
Cyclescape 2878 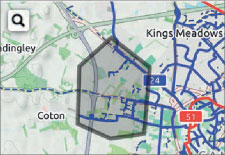 Cambridge University is going to submit planning applications for a ‘Shared Facilities Hub’ and the next iteration of the Cavendish Laboratory. They are planning a shared-use walking and cycling plaza, with dining tables, in a constricted location next to the Shared Facilities Hub, along a major cycle route. The lack of separation will lead to unnecessary conflicts between people walking and cycling, much like what has occurred with the Hauser Forum. We are also concerned about the movements of vehicles across cycle routes in the vicinity of the new Cavendish Laboratory. We hope to work together with the designers to create safe and welcoming conditions for walking and cycling.
Cyclescape 2981 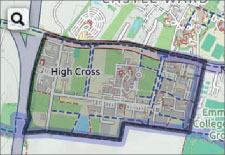 The Plan includes a number of inaccuracies and lacks specific details on cycle parking provision. West Cambridge Active Travel (wiki.cam.ac.uk/wcs­active-travel) is a site-specific group of advocates and Camcycle encourages other like-minded individuals to join such groups or form them in their own areas if necessary.
Cyclescape 1862

We objected as not only does this application reference the wrong cycle parking standards but they have also failed to meet even these.
Cyclescape 3178

We welcome the effort to install cycle parking here; however it is impossible to fit the suggested number of stands in the allocated space. We’ve provided advice.
Cyclescape 3185

We objected as whilst the application manages to find room for four cars and a car lift, they’ve failed to make any accommodation for cycling.
Cyclescape 3194

Cycling in the Science Park

There is new management of the Cambridge Science Park which is consulting employees with regard to what could be improved or changed in general (see later in this Newsletter). To focus our campaigning, we’ve created a special Science Park page at www.camcycle.org.uk/sciencepark. Here you’ll find links to our Cyclestreets photomap of issues and to the discussions on Cyclescape.

Along with representatives of Cycling UK, Camcycle met with our new Cambridgeshire and Peterborough Mayor, James Palmer. In this positive meeting, we discussed the Mayor’s priorities for his first term and how cycling can play a key role in delivering his transportation objectives. 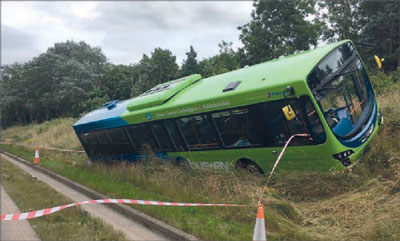 Busway derailments due to excessive speed

We’re concerned about the number of derailments on the Busway and the danger that they cause to people using the cycling and walking facilities alongside. Camcycle Trustee Jim Chisholm recently wrote to the County Council Busway Team to express our concerns.