The current taxi licensing policy has been in effect since October 2011 and runs for a maximum of five years. Camcycle took the opportunity of the city council consultation on a revised draft policy to make recommendations for improved driver training, follow-up to complaints and updating driver knowledge on new road signage and regulations.

We proposed the requirement for all drivers to complete a JAUPT-approved certified Safe Urban Driving course which are specifically designed to increase awareness of vulnerable road users.

We also suggested that if a driver is identified in a complaint, and if the council’s licensing and enforcement team is reasonably confident that the complaint is not spurious – yet not serious enough to warrant confiscation of licence – then that driver should at least be required to complete a Safe Urban Driving course within six weeks or else lose his or her licence.

In addition to the DVSA taxi driving assessment test, we proposed an additional knowledge test about the sections of the Highway Code relevant to driving in the presence of people cycling and walking, and in our response highlighted the relevant rules.

We also encouraged all drivers to learn about any new and relevant regulations, such as those for the parallel cycle and pedestrian Zebra crossings that are now being installed in Cambridge.

Camcycle responded in favour of the county council’s proposals to allow two-way cycling in one-way streets in Romsey, Petersfield, Newtown and on New Square. This will mean cycling around these areas will be more convenient and accessible and will help cyclists find routes away from busy roads. We suggested that Blossom Street and Norfolk Terrace should also be included. They carry very little traffic and would complete all of the one-way streets in Romsey and Petersfield. 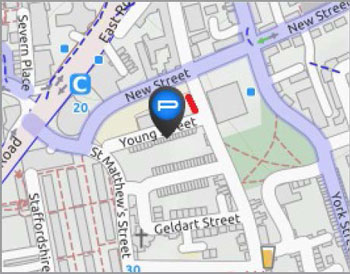 16/1243/FUL – Proposed mixed-use building incorporating a commercial unit at ground floor to be used for A1, A2, B1(a) and D1 (in the alternative) and six residential apartments comprising two 2xbed units, three 1xbed units and one studio unit including associated cycle and bin storage provision.

We urged developers to provide more than the bare minimum for residents’ cycle parking and provide space for non-standard cycles such as cargo bikes, trikes and trailers. We suggested that secure parking should be provided for the retail staff and proposed that developers provide funds for the installation of on-street cycle racks for customers. We referred to our guide to cycle parking and offered to provide advice and look over plans before they are submitted again. 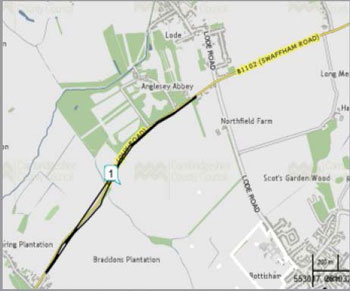 Camcycle supports the concept of this long-awaited cycle route. However, there are a number of weaknesses in the cycle path’s design. In particular, the 2.5m shared-space width is insufficient to be shared with people walking and riding horses, and there are dangerous crossings over 40mph roads at each end.

A1307, Three Campuses to Cambridge

We broadly supported this scheme but produced a comprehensive response with many suggestions. For the section west of the Fendon Road roundabout we proposed forming a segregated cycle lane that is protected from the carriageway by a line of trees. We welcomed the proposal to modernise the Fendon Road roundabout, as it is one of the top collision hot-spots in the city, and supported the concept of an orbital, separate cycle lane with priority over the arms. The design must be further improved, however, by adopting the practices found in the Dutch CROW-25 design manual for cycle infrastructure (please see later in this Newsletter). East of the roundabout is the narrowest section of Queen Edith’s Way. Because the width becomes so tightly constrained as you follow the road east, we have settled on tentative support for the county’s proposed concept of a 5.0m carriage-way flanked by 2.0m advisory cycle lanes, with space for pavements and verges. However we emphasised the importance of making the advisory cycle lanes look different from the carriage-way, rather than appearing to widen the road.

Camcycle representatives attended two Histon Road LLFs at both of which the local residents came out strongly against the idea of using compulsory purchase orders to take the front gardens of people’s homes for a bus lane. They would like to see more emphasis placed on preserving or planting trees and green verges. Several people, including Councillor Hipkin, pointed out that the other measures (such as congestion control points and parking controls) being taken in the city would significantly reduce the number of cars on Histon Road, making the bus lane completely superfluous. Separate cycle lanes could be provided with a green buffer from motor traffic, vastly improving safety and comfort on the sections of the road north of Gilbert Road. The design workshops which will feed into Histon Road and Milton Road LLFs remain closed to the public. Those for Histon Road were to have commenced on the week beginning 19 September but have been postponed. Camcycle have been invited to attend the series of Milton Road workshops, beginning 20 September. Attendees and members of both of the forums have raised concerns over the restrictive rules and lack of transparency around the schedule for the workshops.

Camcycle have been informed of a serious delay to the construction of a crossing over Histon Road by the Borrowdale cycle and pedestrian cut-through to Histon Road. There is a well-established ‘desire line’ to cross at this point as it is between two bus stops plus the cut-through is the only path between Gilbert Road and Roseford Road to Arbury on which cycling is permitted.

The Local Highways Improvement Board approved funding for this and it was scheduled to be operational in 2016. However residents have been told that the crossing will now be part of the City Deal improvements, the decision on which will not be taken for two years and not implemented for five years. We are joining with a group of residents calling for a provisional crossing until then.

Histon and Impington Parish Council Highways Committee asked for suggestions for inclusion in 2017/18 Local Highways Improvement (LHI) Initiative. Camcycle’s proposals include mode filtering along parts of Station Road, widening of pavement/cyclepath on B1049 between the Holiday Inn and the junction with Cambridge Road, formalising the cycle turn between New Road onto the Guided Busway and narrowing the geometry of the junction of Villa Road, The Crescent and Cambridge Road to reduce car speeds and so make it safer for use by cyclists.

In response to the Histon and Impington parish council’s request for suggested locations for additional cycle parking we provided a list of 11 possible locations and referred to our cycle parking design standards for further guidance.

Cambs County Council cycling team asked Camcycle to provide our recommendation on whether cycle access from Cowley Road to the Science Park station should be segregated or shared-use. Good design can prevent conflict between people walking and cycling. As we anticipate this will be a busy route we may recommend segregation. There are plans for a Camcycle site visit.