In the last newsletter we reported that we had met County Council engineers to discuss the bridge across Hobson’s Conduit, by the Trumpington Road / Fen Causeway junction. This was to try to make access to Brookside easier in light of the conversion of that junction to traffic lights and the resulting ban of right turns into Brookside. 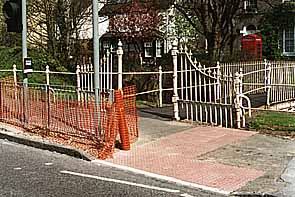 In what was a remarkable time scale for the Council, what we suggested (within the limitations of the bridge being a listed structure) has already been done in advance of the junction changes. The bridge has been resurfaced, a little slip lane has been constructed and the pelican crossing moved by a few metres to limit conflicts between bridge and crossing users. 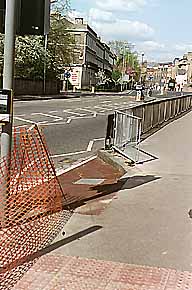 On the other hand, at the time of writing, work has not yet begun on the main junction alterations, which we understood had been scheduled for the second week of May.