We last wrote about the Cambridge Local Plan in Newsletter 103 (August/September 2012), so it’s time for an update. But what is the Local Plan, and why does it matter to us?

What is the Cambridge Local Plan?

The Local Plan is an extensive document which each Local Planning Authority around the UK (often a district council) is required to produce. It governs how and where housing and other developments will be permitted, so that there is a clear set of policies against which to judge proposals. Cambridge City Council is renewing its Local Plan now, replacing the 2006 Local Plan.

But why now? Well, the government recently replaced the thousands of pages of national planning guidance with a new set of policies called the National Planning Policy Framework (NPPF). A key requirement of the new planning system is that councils must have up-to-date local policies (in the form of a Local Plan) in place. If they do not, the national policies of the NPPF take effect instead. The result is that councils across the country have rushed to ensure they have a new Local Plan in place, to avoid developers getting away with whatever they want.

The NPPF has a presumption in favour of ‘sustainable development’ (a term which is extremely vague and could really mean anything). What this presumption means is that development will be permitted unless there is a policy preventing it. So councils are putting in place the policies relevant to their area. But they can’t just do what they want – each policy has to be compliant with the principles of the NPPF. And councils have to consult on the Local Plans, which is what Cambridge has been doing over the last 18 months.

Why the Local Plan concerns us as a cycle campaign group

The 2006 Local Plan will remain in force until 2015 when the new Local Plan is projected to be finalised. The 2006 plan contains many policies which we have relied on when we have sadly had to object to proposed developments.

The final consultation phase was a sham. Over 100 pages worth of detailed bullet points were made by the public and yet not a single change was made in response. In effect, there was no point consulting at all.

For instance, in 2008/9, Tesco made a proposal to deliver to its store on Mill Road by unloading from 34ft lorries on Mill Road (i.e. taking up one side of the road) twice a day for 41 minutes each time. The Local Plan had a clear policy which meant we were able to reject this:

‘Policy 8/9: Development proposals will make suitable provision for any required access and parking by service and delivery vehicles.’ with the associated note: ‘Service and delivery vehicles that park on the highway can cause an obstruction to other road users. Therefore, any development that will require regular loading or servicing must avoid causing illegal or dangerous parking, by providing appropriate off-street facilities.’

In the event, Tesco’s proposals were rejected by the city council. Tesco appealed to the government’s Planning Inspectorate, but the council’s decision was upheld because of the robust Local Plan policy which Tesco were clearly not complying with. This very sensible policy and explanatory note meant that developers have been stopped from obviously stupid proposals like Tesco’s, and moreover have encouraged developers to design their proposals properly in the first place. Sadly, the new Local Plan fails to include such a clear policy, instead using vaguer wording on sustainable transport.

Key policy areas that the 2006 Local Plan contained which have been of relevance to effects on cycling conditions have been:

We are somewhat disappointed in the process so far. It feels like a very officer-led plan, with sensible policies of the 2006 plan lost and replaced with unclear general wordings that are full of loopholes.

These are all requirements that we wanted the new Local Plan to cover. Whilst many have been, we have failed to ensure that the new text is so clear. Indeed, many of the points now come under a fairly generic clause on sustainable transport. We feel this is likely to give carte blanche to developers, and represents significant carelessness on the part of the council which will cause umpteen problems in the coming decade.

Our comments on the first stage of consultation

In August 2012 we submitted our comments on the first stage of the consultation, called the ‘Issues and Options Consultation’.

You can read this at http://www.camcycle.org.uk/campaigning/issues/localplan/. The key points that we made in our submission are shown in the box below. 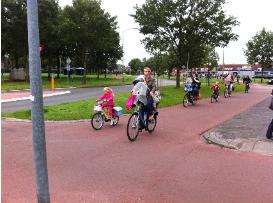 We interpreted the ‘Issues and Options’ stage clearly as a scoping stage. It was definitely not proposing text for people to comment on, but instead suggested broad policy options (e.g. allowing lots of car parking vs more restrictive car parking).

The proposed submission document was consulted on during summer 2013. This contained the proposed wording that the council had decided on, based on the chosen options from the ‘Issues and Options’ phases. There were many responses from the public, including our- selves. Officers summarised these into well over 100 pages of detailed bullet points of comments. Every single one of these was ignored. Effectively, the proposed submission phase consultation was in our view a sham. Officers made quite clear in their report on the consultation that changes to this text were not permissible unless a new round of consultation took place. That was never going to be likely because it would have delayed adoption beyond the timescale wanted by the City Council.

You can see our response online at http://www.camcycle.org.uk/campaigning/letters/2013/C13014CambridgeLocalPlanMainConsultation.pdf.

We objected to 17 sections, and the main points we made were:

The final stage is the government planning inspector’s review of the submission, the objections raised, and a Public Inquiry.

We have asked to appear in person at the Public Inquiry stage on the issues of cycle infrastructure provision (e.g. our points about going further than national standards, and the cycle parking section). We fervently hope this request is taken on board.

In general, several key policies on transport are poor and so will leave the City Council in a weak position to defend itself when developers push for developments that will produce short- term profit at the cost of long-term harm to the city.

A national inspector is unlikely to be very familiar with issues relating to high levels of cycling and the infrastructure challenges that this brings. We spoke in person at the Inquiry for the 2006 Local Plan and this was, we believe, found to be useful. Indeed, the dialogue resulted in improvements to that text which have actively helped the City Council when dealing with planning applications.

We are somewhat disappointed in the process so far. It feels like a very officer-led plan, with sensible policies of the 2006 plan lost and replaced with unclear general wordings that are full of loopholes.

In general, several key policies on transport are poor and so will leave the City Council in a weak position to defend itself when developers push for developments that will produce short-term profit at the cost of long-term problems/disbenefits to the city. The result will be that the taxpayer is left to fix the problems resulting from the poor planning policies – as so clearly happened for instance on King’s Hedges Road with the (South Cambs) Arbury Camp development.

All we can hope now is that the government inspector agrees to run Public Inquiry sessions on the sections we raised concerns on, calls us to give evidence (as in 2006) and fixes the problems as a result of the evidence we wish to give.