The Greater Cambridge Partnership (GCP) is planning to consult on a review of Cambridge’s road network hierarchy in summer 2022 as part of its City Access project. It would coincide with a second consultation on ‘Making Connections’, which seeks to improve bus services, create more space for sustainable transport and introduce road and/or parking charges to fund local transport improvements. The road hierarchy review aims to contribute to achieving the GCP’s goals for traffic reduction in Cambridge and support improved quality of life through cleaner air, more pleasant places to visit and more, safer opportunities for walking and cycling.

At a meeting of the GCP Joint Assembly on 17 February we welcomed the project, which we think has the seeds of an ambitious vision for the future of the city. We were pleased to see that the scheme had been inspired by low-traffic schemes in places such as Birmingham, Waltham Forest and Ljubljana, but we think officers should continue to learn from elsewhere and simplify the hierarchy schemes. From the descriptions given in the report, it was unclear what the difference was between the red and green distributor roads or between the blue and pink access streets which are both labelled as roads that ‘do not facilitate movements between distributor roads other than by public transport and active travel modes’. We are also concerned about the disclaimer that active travel infrastructure (such as segregated cycle lanes on main roads and pedestrian priority at side-road junctions) would only be included ‘where space permits’ and asked the GCP to commit to following the government’s cycle design guide, LTN 1/20, and not abandon these principles in the places people need them most.

We’d love to hear your responses to this project and further ideas for traffic reduction in and around Cambridge.

There are three main ways to achieve traffic reduction within a city: reducing roadspace (such as closing roads to through-traffic), pricing roads to encourage the use of other forms of transport, and restricting car parking. The GCP is currently consulting on parking so it can assess the need for controls such as additional residents’ parking schemes and increasing the provision of cycle parking, disabled parking spaces and bays for car clubs. It’s important that you have your say – where do you think current car parking presents dangers to cyclists? Where would you like to see on-street cycle stands?

Please share your views by pinning comments to the interactive map at www.greatercambridge.org.uk/ParkingSpring22 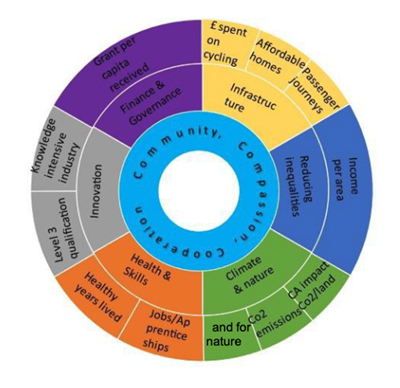 The amount of money spent on cycling infrastructure is proposed as one of the key performance indicators in the Cambridgeshire and Peterborough Combined Authority (CPCA) Sustainable Growth Ambition Strategy. The report on the strategy notes that ‘in pursuing economic growth, we have a responsibility to ensure that rising prosperity makes life better, healthier and fairer, and does not exhaust the resources our children will need for the future’. Approval of the Strategy was deferred at the January meeting of the CPCA and the consultation on the updated Local Transport and Connectivity Plan has also been delayed. However, a report on the initial public discussion showed that the most frequent comments, when asked what changes should be made to the transport vision, concerned improving cycling and pedestrian links. Thanks to all who responded in favour of better active travel!

Cambridgeshire County Council is to set up a cross-party working group with a dedicated budget to look at new 20mph schemes. We raised concern that schemes would only be considered on roads with an existing mean speed of 24mph and the council has agreed to reconsider the parameters for change.

Part of the inbound lane of the Busway track has been closed while Cambridgeshire County Council awaits the findings of an independent safety review which will inform its decision on long-term measures to protect people cycling, walking and horse-riding along the southern section of the path.

Camcycle welcomes this review, which we called for following the death of Kathleen Pitts last year. The family of Steve Moir who died cycling on the path in 2018 has also long called for action at this location. We’d like to see a detailed feasibility study of all the options available to increase the capacity of the path and provide the level of separation necessary to reduce conflicts between people walking, cycling and taking the bus.

We’ve compiled a report, now on our website, that considers the whole section from Hills Road bridge to the Addenbrooke’s spur and made suggestions to improve the safety and capacity of the path. We’ll be meeting again with local councillors and stakeholders to discuss these suggested amendments.

Read more about this issue on our website at camcycle.org.uk/busway-path