Our Safe Junctions campaign calls on local authorities to take rapid action on dangerous junctions across Cambridgeshire and Peterborough. We want them to immediately address all locations that have seen recent collisions and remove safety issues for people walking, cycling and using other active travel modes at junctions across the county. 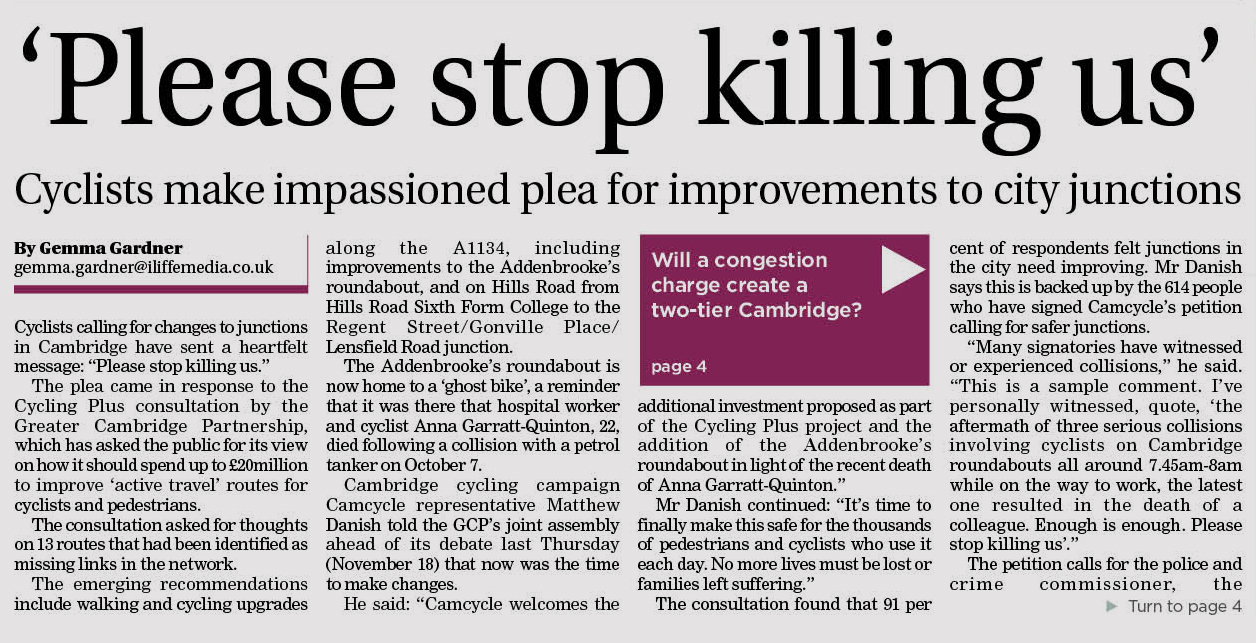 Did you know that Cambridgeshire & Peterborough Road Safety Partnership (now the Vision Zero Partnership) aimed to reduce the number of deaths and serious injuries to cyclists by 40% between 2015 and 2020, but it actually rose 2% instead?

The last six months have been some of the most terrible we’ve known for cyclist injuries and deaths in our region. A person in his 50s was killed cycling near Royston. Chris Mardlin was killed near Huntingdon Jubilee Park. A young physiotherapist, Anna Garratt-Quinton, was killed on her way to work at Addenbrooke’s hospital in Cambridge. A man in his 50s was killed at the junction of Little Wilbraham Road and the A1303. Several other people have been left with life-changing injuries, and a pedestrian, Kathleen Pitts, was killed on the southern section of the Busway path, close to the spot where Steve Moir was killed while cycling home in 2018.

SIGN THE PETITION NOW FOR SAFE JUNCTIONS
IN CAMBRIDGESHIRE AND PETERBOROUGH 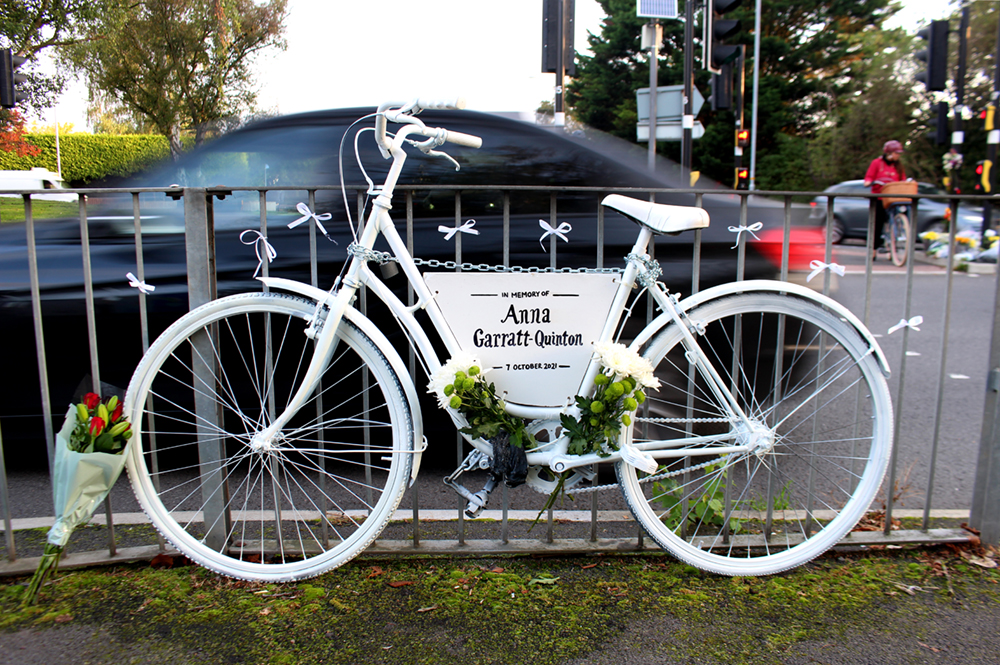 In memory of Anna Garratt-Quinton, Camcycle placed a white ghost bike at the Addenbrooke’s roundabout at 8am on the morning of 14 October, one week after her death. We also launched the campaign for Safe Junctions, calling on those who make decisions on transport in the region to take rapid action on dangerous junctions across Cambridgeshire and Peterborough. Five months later, we placed another ghost bike near the A1303 to call for action on rural routes.

We want to see all locations that have seen recent collisions immediately addressed and safety issues removed for people walking, cycling and using other active travel modes at junctions across the county. The Vision Zero Partnership must lay out its plans for all 45 of the current ‘collision cluster sites’. The Police and Crime Commissioner Darryl Preston, who has already declared road safety to be one of his priorities, must make clear how he will eliminate deaths and serious injuries on our county’s roads. The Addenbrooke’s roundabout must be immediately reviewed, with conflicts between motor vehicles and vulnerable road users designed out and priority given to buses and emergency vehicles. The principles of safe, healthy and accessible transport must be urgently integrated into every aspect of local transport and planning policy. All local authorities must work together on an audit of junctions, based on the latest government standards on inclusive cycle infrastructure design, LTN 1/20, to identify urgent improvements and make active travel safe.

Please sign the petition now and write to your local councillors calling for safe routes near you.