On Friday 11 March, Camcycle placed a ghost bike at the junction of Little Wilbraham Road and the A1303, where a collision led to the death of a man who was cycling there earlier in the year. The local cycling charity want the white cycle to stand as a memorial to him and the many other people killed or seriously injured while walking and cycling on Cambridgeshire’s rural roads. It’s also an urgent reminder of the action needed to prevent others being hurt. 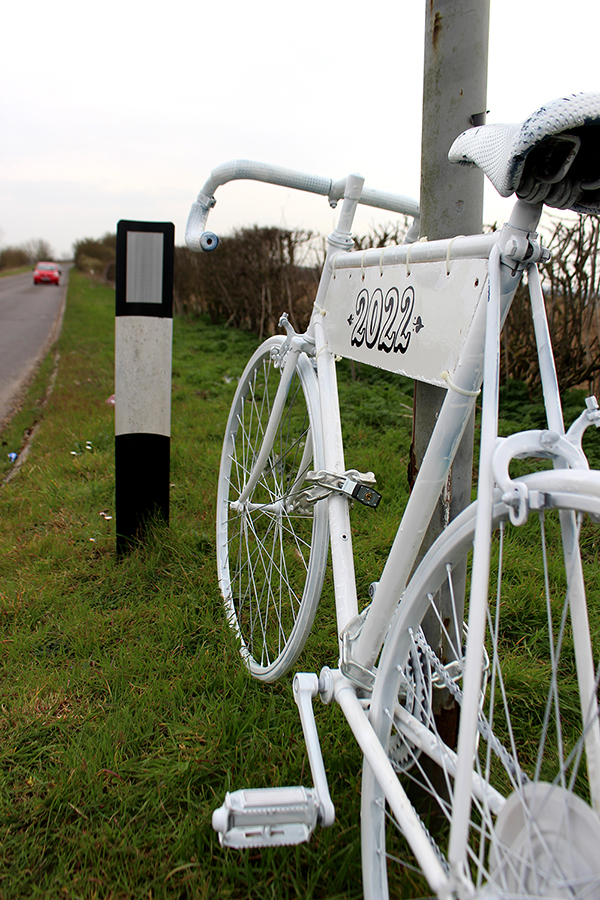 Last year, Camcycle placed a ghost bike at the Addenbrooke’s roundabout in Cambridge, following the death of the young physiotherapist Anna Garratt-Quinton who was killed while cycling to work. On the same day, it launched a new campaign for Safe Junctions, calling for action from local authorities and asking for information from local people on the places they would like to see improved. One respondent to the petition survey wrote: “Enough is enough. Please stop killing us!”

The county’s Vision Zero Partnership has pledged to eliminate deaths and severe serious injuries on the region’s roads by 2040, but incidents of this nature have actually increased in recent years in both rural and urban locations. The goal was to reduce the number of cyclists and pedestrians killed or seriously hurt by 40% by 2020, but the result was an increase of 2%, meaning more lives lost needlessly and families left suffering. Cambridgeshire’s police and crime commissioner Darryl Preston recently told the Cambridge Independent that road safety was a key priority for his team as he had “personally dealt with far too many serious injuries and fatal incidents on our roads” and seen the devastation they cause for loved ones. It’s time to see action to prevent more tragedies: there is no time to lose.

Department for Transport data show that more cyclists are being killed on rural roads nationally: 89 people lost their lives in 2020, compared with 48 in 2018 and 60 in 2019. Vikki Beale, who volunteers as a British Cycling Breeze ride leader, recently brought a petition to the county council’s Highways & Transport Committee calling for improved safety on the Low Road from St Ives to Fenstanton. She said the current cycle path is inadequate and cyclists, many of whom are women new or returning to cycling, are frequently abused by drivers or passed closely at 60mph when riding on the road. She asked the committee to “look at this road with some urgency before another person is killed”. 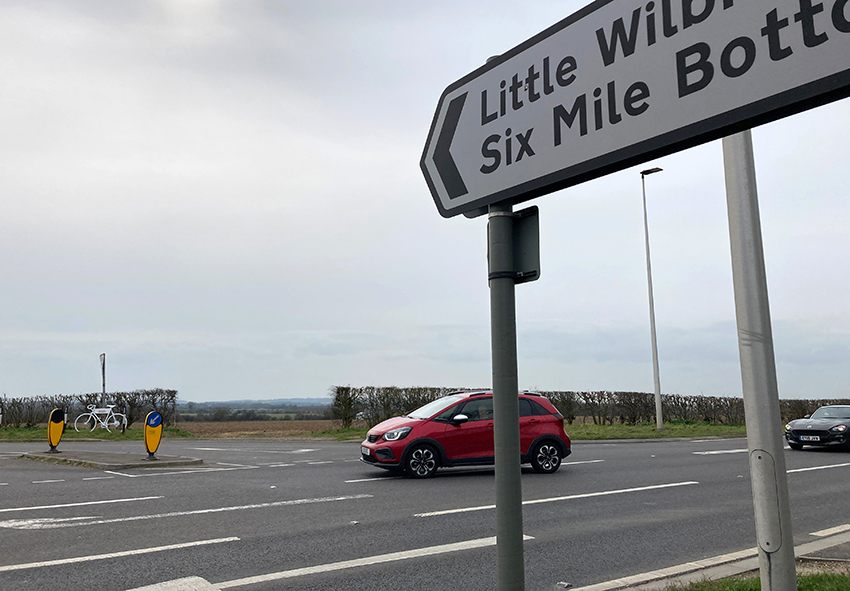 While the lack of a suitable cycle path and inappropriate road speed is a serious problem, the biggest issue on the Low Road is drivers’ attitudes. Some almost don’t see us as human. We would ask people to consider that each cyclist is someone’s partner, sister, brother, parent or child and drive with care past everyone using this road.”

We are devastated that another person has been killed while cycling on our roads; action to improve rural routes can’t come soon enough. CTC Cambridge highlighted the lack of a safe crossing at the A1303 junction in 2019 and communities in the Wilbrahams have been calling for better active travel infrastructure for many years. We support their request for safe links to the proposed Greenways and call for improvements on rural routes right across the county. It’s a scandal that in 2022 so many residents living in rural communities have to weigh up the risk to their lives before walking and cycling for everyday journeys. If local authorities are serious about helping more people choose active travel options and reducing road injuries, they must take urgent action to keep people of all ages and abilities safe.”