Camcycle has sent a letter to Transport Minister Chris Heaton-Harris asking whether Cambridgeshire County Council’s decision to discontinue the Mill Road bus gate scheme before attempting any improvements is against the policies set out by the Department for Transport (DfT). We are concerned that the way the Mill Road bus gate scheme has been managed and evaluated threatens future funding of walking and cycling in our region, expected to consist of millions of pounds of potential investment. 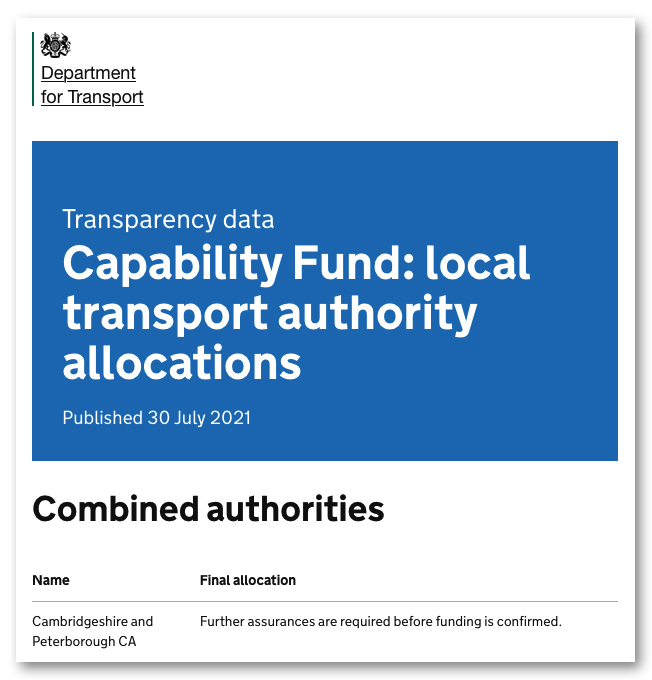 The Cambridgeshire and Peterborough region received £2.9 million from the DfT for experimental active travel schemes last year and later this week will submit a bid for a share of the next £239 million to be used for infrastructure improvements.

Data on the Capability Fund, a separate grant which enables transport authorities to promote cycling and walking in their areas, were published on Friday. They reveal that Cambridgeshire and Peterborough is the only combined authority to have had its funding halted until the DfT ‘can be sure of the authority’s commitment to active travel’. We already know that Cambridgeshire and Peterborough did not receive its full funding allocation from the first two tranches of the Active Travel Fund and, with the next application due in on 8 August, it is essential that the same mistakes are not made again.

Just three days after the decision was made to reopen Mill Road to all through traffic, the government published several documents reiterating its policies on the funding and design of active travel infrastructure. They make clear that proposals to remove contested schemes should only be carried out following the gathering and publication of proper evidence and a consultation process that ‘genuinely reflects local opinion – typically professional, representative polling’. Following this point in the Gear Change: One Year On report was a pledge to ‘reduce funding to councils which do not take active travel seriously, particularly in urban areas’. 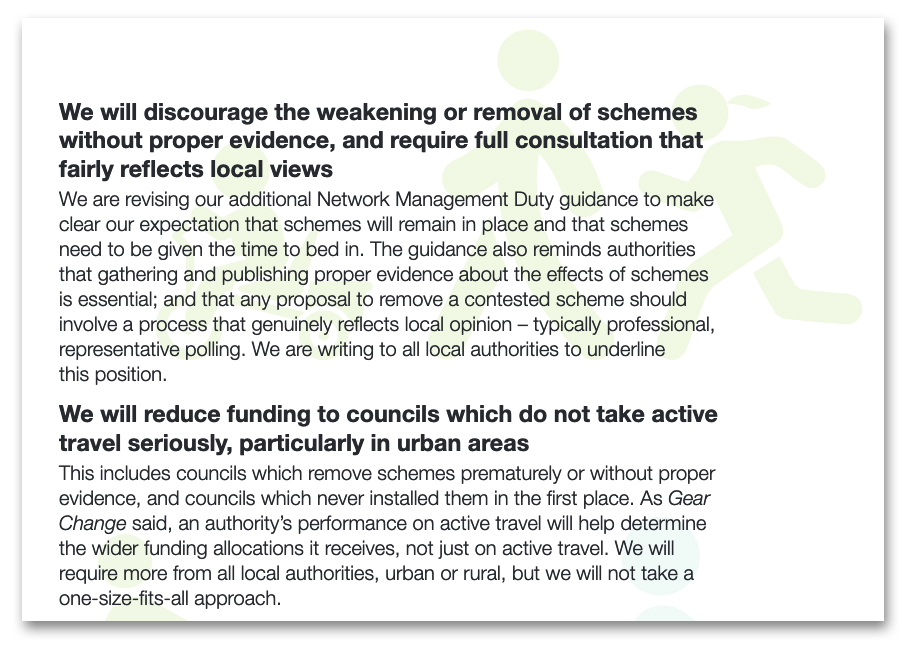 In his accompanying letter to the relevant local authorities, Chris Heaton-Harris stated that, ‘schemes need time to be allowed to bed in; must be tested against more normal traffic conditions; and must be in place long enough for their benefits and disbenefits to be properly evaluated and understood’. He said that proof that schemes do not work must be presented, and that ‘premature removal of schemes carries implications for the management of the public money used in these schemes and for the Government’s future funding relationship with the authorities responsible’.

Since the Mill Road bus gate was installed in June 2020, we have been clear in both our support for the scheme and the need for urgent improvements. On 29 July 2020, in a letter to Cllr Ian Bates, then Chair of Cambridgeshire County Council’s Highways and Transport Committee, we wrote: ‘It is essential that the street becomes a welcoming place for everyone to visit with space for people to maintain safe distances from each other and improved access for traders and people with disabilities’. We continually expressed our frustration that the council had installed the bus gate without undertaking any complementary improvements, such as the creation of new parking bays for disabled drivers and deliveries. For example, a simple change to the yellow line restrictions along the road (originally in place owing to rush hour queues) could have provided benefits to traders; instead the butcher’s van was ticketed despite blocking no traffic, which made the scheme the subject of ridicule.

We call on the Cambridgeshire and Peterborough Combined Authority and Cambridgeshire County Council, as transport and highways authorities respectively, to follow the updated Network management duty guidance when assessing all their Covid-19 schemes and devising new ones. This guidance includes:

This year is a significant one for active travel and Cambridgeshire, the country’s leading cycling county, must seizes its chance to deliver improvements right across the region. Last year, the distance cycled on UK roads grew by 45.7% to 5 billion miles, more than in the whole of the previous 20 years, and the Department for Transport makes clear that there is significant potential for growth in our area, even where levels of cycling are already high.

Gear Change: One Year On shows that 79% of people support a reduction of traffic in their local area, including 71% of those with mobility issues and 69% of local business owners. It is time for communities and councillors to work together constructively on the solutions which will ensure that every voice is heard and that future transport schemes prioritise both sustainability and equality. Let’s make sure we benefit from every penny of active travel funding available for Cambridgeshire and Peterborough so that our local authorities can transform walking and cycling in both urban and rural areas and help our region make a green and thriving economic recovery from the Covid-19 pandemic. 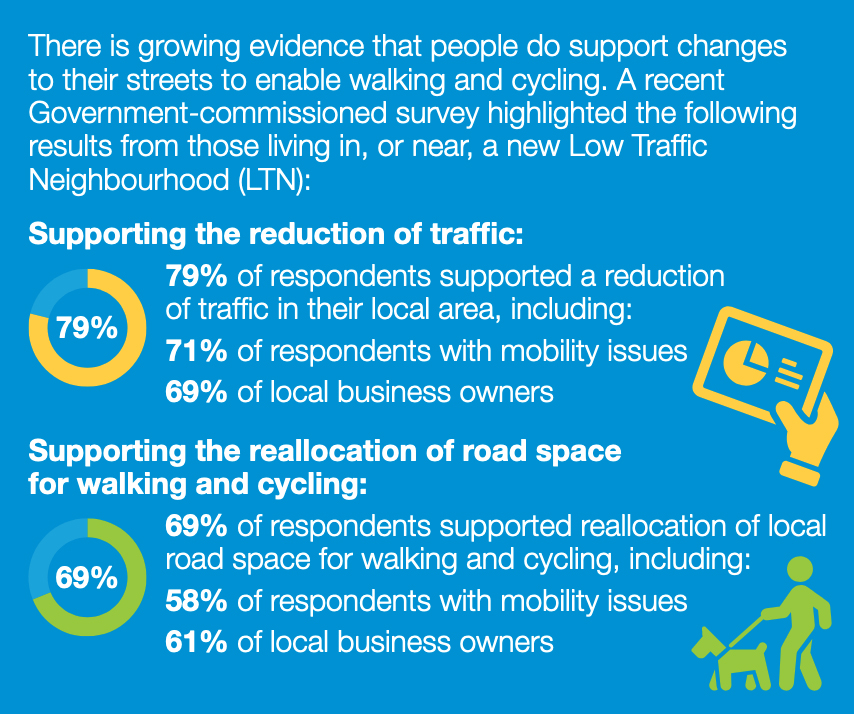