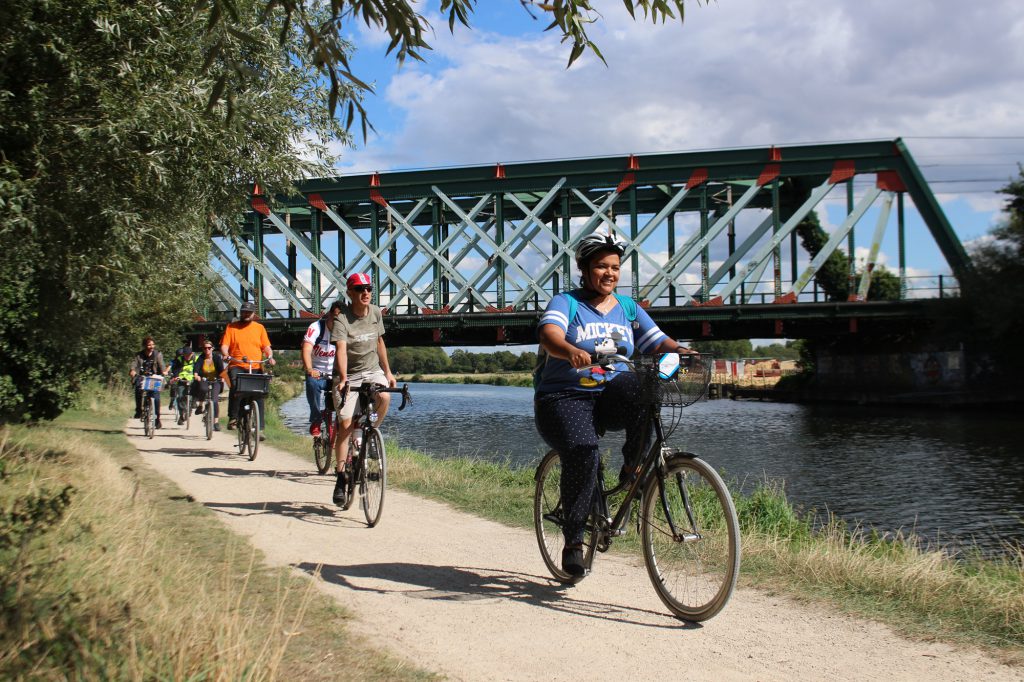 Our second Cambridge Festival of Cycling launched on Sunday 1 September with a social ride to Milton Country Park. Beneath sunny blue skies, a parade of around 50 cyclists made their way along the river, from Cambridge’s Market Square to the leafy surroundings of the country park in the north of the city. After stopping for a picnic, the group returned together to the city centre enjoying a primarily traffic-free route. 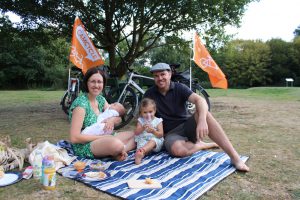 hose attending included representatives from four continents and several families enjoying a day out at the end of the school holidays. Rachel, who brought her cargo bike and seven-year-old son Nico said, “We came on the ride because it’s a nice day and the route looked interesting. We’ve come to a bit of Milton Country Park we’ve never really seen before, we’ve found a playground we’ve never really seen before, and I’ve cycled further than I normally do so that’s been a bit of a fun challenge too”.

Beata Van Wyk cycled to the park with her husband Petrus, daughter Cate and two-week old son Daniel. She said, “We’ve had our trailer for quite a while, but we haven’t used it much with the two children yet, so we just wanted to come on a day out. It’s nice to be outside, to spend time in nature and we’d like them to enjoy cycling and for it to become a way of life.”

The first week of the festival continues with events and activities from Camcycle and local partner organisations including Cambridge Central Library, Cambridge City Council, Rutland Cycling and the Museum of Cambridge. CamcycleTech, a new event celebrating the Science and Technology of Cycling is on Saturday 7 September at the Cambridge Museum of Technology. 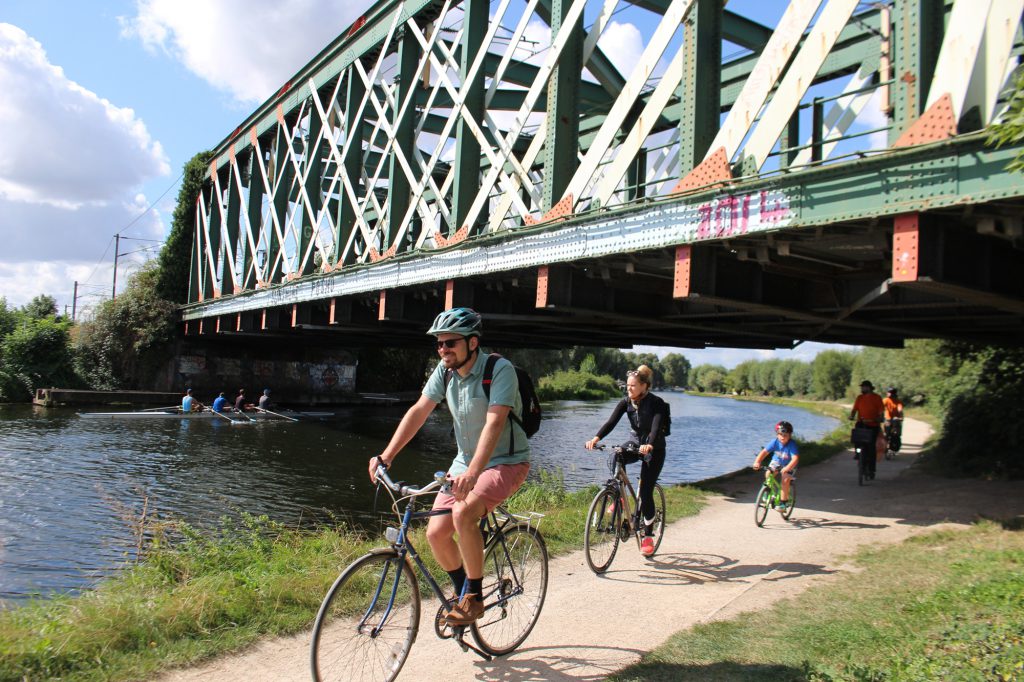