The Cambridge Science Park, according to its own website, is “undergoing an exciting phase of renewal” which includes improved access from the Guided Busway for cyclists, pedestrians and public transport users. However, despite impressive-looking progress on the gateway, other works currently underway inside the Park do not match the proposed upgrades promised earlier in the project. 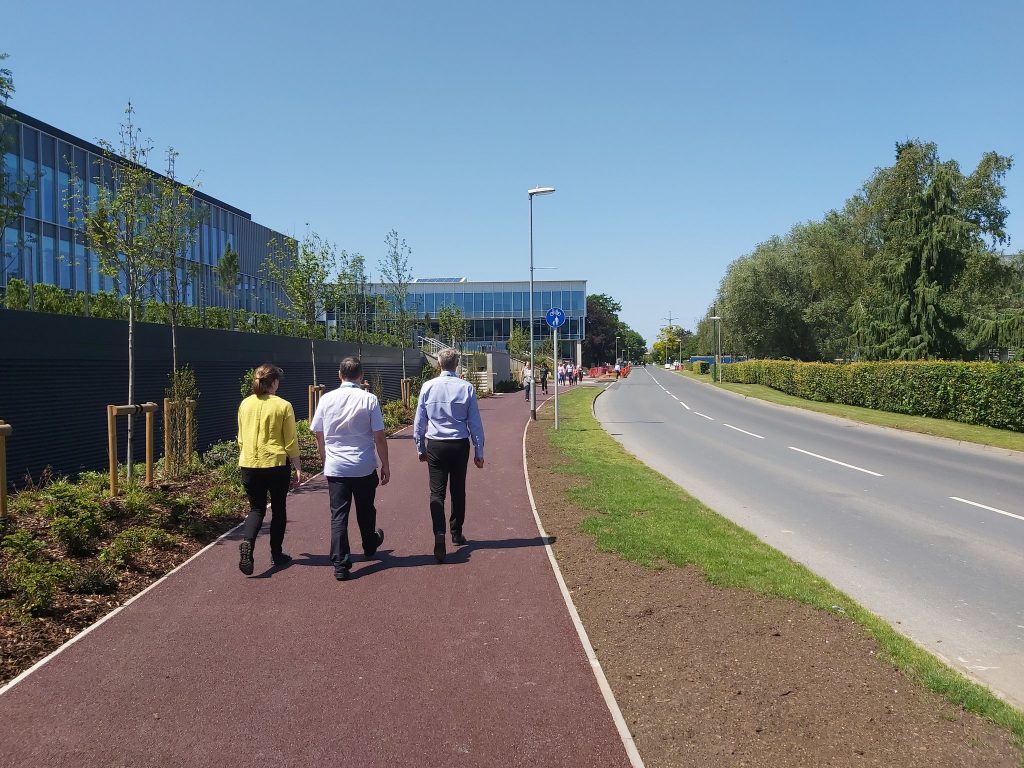 Local cycling charity Camcycle, the Cambridge Cycling Campaign, is extremely disappointed to see new shared-use paths installed at the Science Park this week which are of insufficient width and will lead to conflict between people walking and cycling. The substandard infrastructure is likely to lead to many cyclists preferring to remain on the road, which frequently suffers from speeding traffic. New junctions in the park are also designed for cars to travel through at high speed. The wide entrances should have been tightened to ensure appropriate turning speeds and built to give priority to those walking and cycling. This infrastructure could have been easily provided by reducing the width of ring road through the park which would also have assisted in calming traffic. 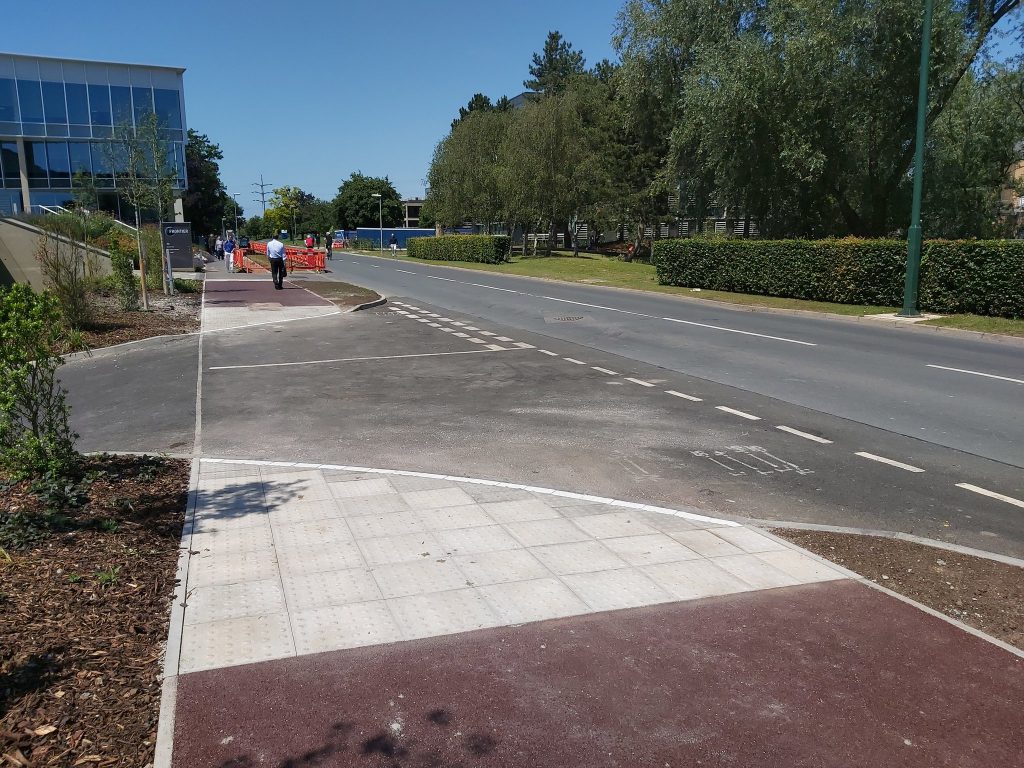 The charity’s Executive Director, Roxanne De Beaux said, “Camcycle has met with Science Park staff and contractors a number of times over the last few years and we have always made it clear that segregated paths which provide separate space for people walking and cycling, and safe junctions were essential for this site which has aspirations to significantly increase rates of active travel.

“We did not see nor have an opportunity to provide feedback on these final designs. If we had been aware of what was planned, we would have communicated these to the cycling community at the Science Park in the hopes that our objections would lead to improvements. This is a missed opportunity for the Science Park to meet the standards expected in the cycling capital of the UK in a location where at least a third of people cycle to work every day. We hope the Park returns to the drawing board to find a way to make the site attractive and safe for people walking and cycling. We would be happy to meet again to discuss how this can be done.”