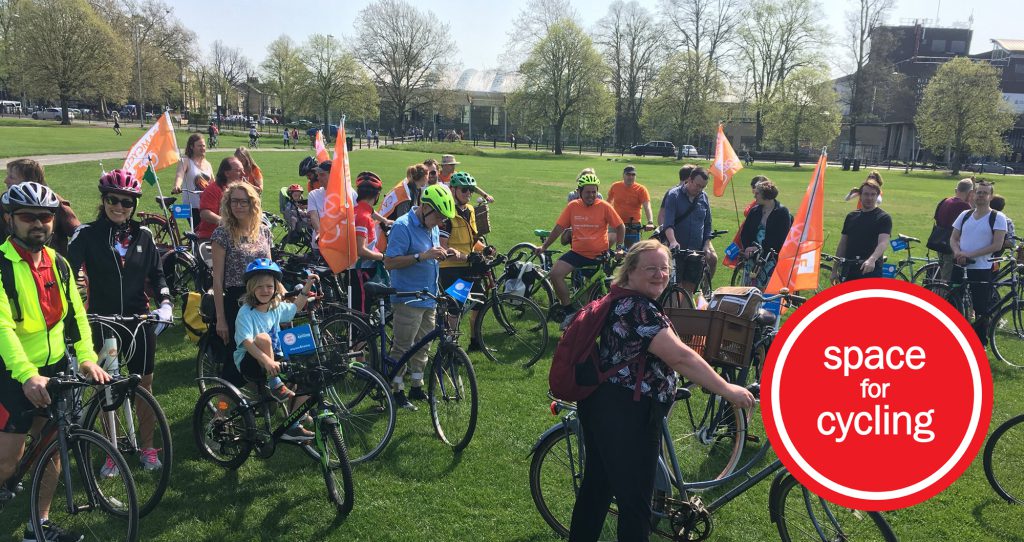 Following this week’s announcement of candidates for the local elections on Thursday 2 May, Camcycle calls on prospective councillors to deliver more space for cycling in Cambridge.

The charity has released its annual list of questions for candidates to find out what they think about improving provision for cycling in and around Cambridge. Question topics include tackling cycle theft, encouraging more people to cycle and improving the planning system to deliver safer streets and better facilities for those who cycle. The questions can be viewed on Camcycle’s website at www.camcycle.org.uk/elections and responses from candidates will be released on Thursday 25 April.

On Saturday 13 April, Camcycle invites local residents and organisations to join their members on a Space for Cycling ride which will draw attention to some of the areas which need improvement. Meeting at the Guildhall at 10am, the group will ride through Station Square and Mill Road, finishing at Parker’s Piece for an informal picnic. Camcycle would love to see local election candidates, councillors and business leaders participating in the ride to learn more about why better cycling infrastructure is so important.

Last year, Cambridge MP Daniel Zeichner joined the ride and spoke to participants outside Cambridge station. He told them to keep up the pressure, both locally and nationally, to demand more space for cycling. Zeichner said, “When we look at the way Cambridge is developing, I have to say that my hope and vision for the future is that we get as many cars as possible out of the city, because I think all the evidence from around the world is that that actually works best for everybody, including people who use cars.”

This year’s event is supported by local environmental and cycling groups including Transition Cambridge, Cambridge Carbon Footprint, CTC Cambridge and Extinction Rebellion Cambridge. Cyclists of all ages are welcome to join the ride, although should be aware that at times it will include busy roads which may be congested with motor traffic.

This is the second year Camcycle has organised a Space for Cycling ride and the 13th year it has hosted the election survey. The charity encourages all those who care about the benefits cycling brings to the city to ‘Vote Bike’ at the elections on Thursday 2 May.