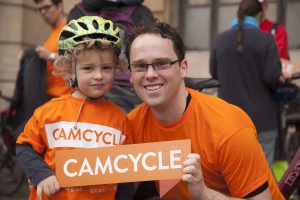 Cambridge Cycling Campaign, the local charity that campaigns for more, better and safer cycling in Cambridge, is rebranding.

The chosen concept is a speech bubble to represent that the Campaign speaks for cycling in Cambridge. The colour of choice was ‘Dutch Orange’ in recognition of the Campaign’s aspirations for Dutch-quality infrastructure, with ‘Aggregate Red’ representing what has been achieved with the latest cycle lanes. The speech bubble is to be coupled with strong imagery or, most often, a ‘hero cycle’.

Robin Heydon, Chair of Camcycle explains; “As we know, a ‘hero cycle’ means something different to each individual. For this reason, we plan to capture the real diversity of Cambridge’s cyclists by rotating through ‘hero cycles’: a town bike, a racer, a kid’s bike, a fixie, a folding bike, a tandem and more. We want our members to tell us what hero cycles they think we should use.”

In its essence, the new brand is about strong imagery that evokes the incredibly diverse cycling culture in Cambridge. It would be placed with beautiful photos of members’ own cycles, or alongside inspiring Cambridge locations. The plan is for photographers, designers and artists to also take the concept and create playful new uses of the brand.

There will also be stronger use of the name "Camcycle" by which the organisation is already known due to the popular Twitter account and which will help to avoid confusion with various other organisations abbreviated to CCC. 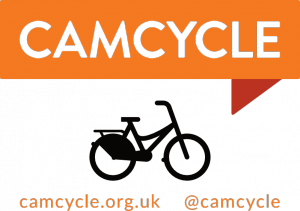