In our view the proposed guidance is of poor quality and should be withdrawn from consideration.

We are keen to understand what process has gone wrong in its production.

For instance, the front cover depicts:

What kind of vision is this for the City Deal? Shared-use pavement, cars parked on pavements, guard-railing, poor public realm: 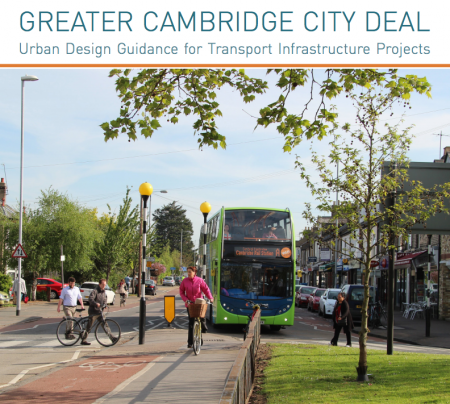 The table in section 3.1 shows for instance:

City Deal has millions to invest in cycling, so surely we can do better than concrete blocks in a cycle path, or <1m of dashed paint?

In our view, any Design Guide should be visionary for the future of the Cambridge area, and should propose cycling and pedestrian environments meeting Dutch standards. Instead, what is proposed completely fails to raise aspirations.