Cambridge Cycling Campaign has objected and provided evidence (read our letter) that the proposed Severn Place development, near the Newmarket Road roundabout, will be disconnected from the surrounding area and that the developer is failing to mitigate this.

The Planning Committee will consider whether to stand by its decision in January to disallow the development on six grounds, on which the issue of connectivity is one.

Developers think that this horrible road environment (see our gallery) will see cycling levels to the development of 30% (which they accidentally admit is lower than the average for Petersfield).

The development is basically surrounded by the barrier of East Road, and the developers are not funding any mitigation. This will be a repeat of the way Orchard Park is cut off from Cambridge due to King's Hedges Road: 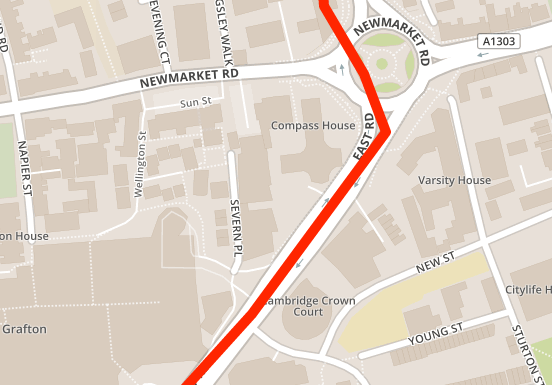 The developer's own diagrams show a collision blackspot: 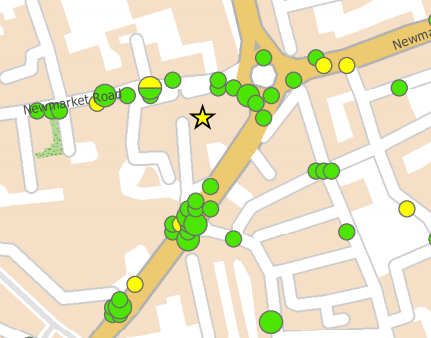 And the CycleStreets journey planner shows just how inconvenient the crossing point is and will remain: 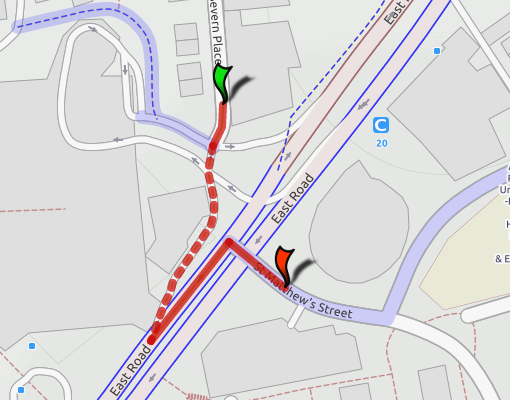