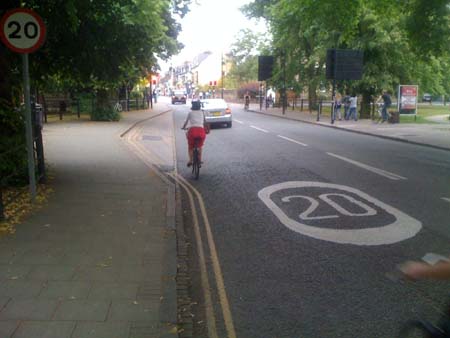 Mill Road is now a 20mph area, with clear signs on the road. Sadly, no red surfacing has been used to make this gateway feature even more clearer to motorists.

No Entry Except Cycles 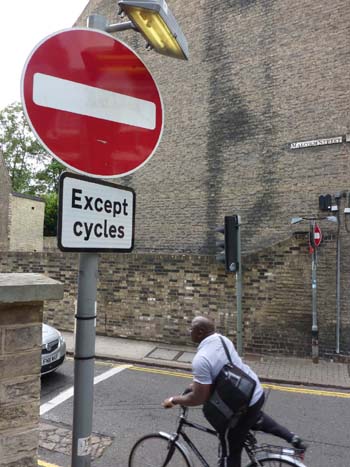 More signs have been installed, in locations including Kingston Street and Malcolm Street (right). See article on page 13 for more details.

New redmac surfacing is being trialled outside Castle Court and on Grange Road. 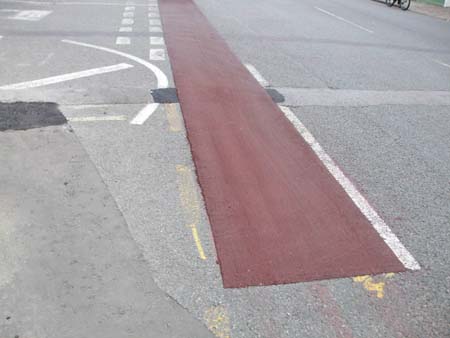 Emergency sewer repair works in Kingston Street are due to be completed 29 July 2011.

Free School Lane will be closed for gas main connection works until 28 August 2011. No alternative route but access will be maintained to properties affected by this closure.

Sidney Street will be closed overnight for carriageway and drainage repair works on the following dates:

Official diversion for vehicles and cyclists from St Andrew’s Street will be via Market Street – St Mary’s Street – Kings Parade – Trumpington Street – The Fen Causeway (A1134) – Newnham Road (A603) – Queens Road (A1134) – Northampton Street (A1303) – Chesterton Lane (A1303) – Chesterton Road (A1303) – Croft Holme Lane (A1134) – Victoria Avenue – Jesus Lane. For the duration of these works the one-way traffic order will be suspended insofar as it affects St Mary’s Street, Market Street and Sidney Street.

King’s Lane is completely closed – boarded off – and the diversion for pedestrians and cyclists is signposted.