After four months of careful planning the Campaign’s annual bike ride to Reach Fair on the May Day bank holiday attracted an official tally of 362 riders.

We were delighted to be joined by the then Mayor of Cambridge, Councillor Sheila Stuart. It is one of the final duties of the outgoing mayor to open the 810-year old fair.

Speaking to our editor, she said: ‘It was absolutely brilliant. I was delighted to accept the Campaign’s invitation. It’s the first time that the mayor has cycled to the event, as mayor. It was lovely. Most of it was on cycle paths and shared-use pavements. It felt very safe and really clean. Very, very enjoyable. I would definitely do it again. Hats off to the group who recce’d the route and cleared it of sharps etc. in advance.’

She hopes that future mayors will also cycle to Reach – and we certainly hope she has set a precedent, and started a new tradition.

Many thanks to Cycle Cambridge who helped sponsor production of our leaflet, to Team Green Britain Bike Week for providing organiser’s liability insurance, to Reach Village Committee for arranging a field to park our bikes, to our many marshals who guided the riders, fixed punctures and cleared the route in advance, and finally to everyone who had the chance to join the event.

We’ve heard that the Mayor of London, Boris Johnson, gave the Duke and Duchess of Cambridge a tandem as a wedding present. We shall therefore be inviting them to join next year’s ride! 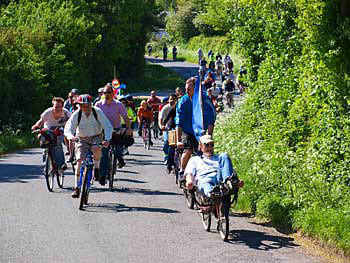 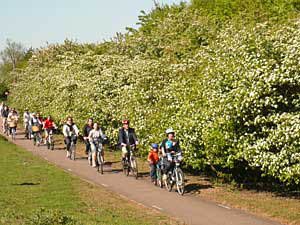 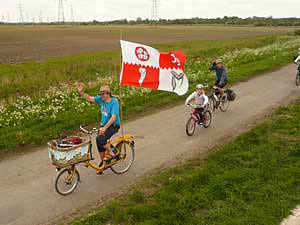 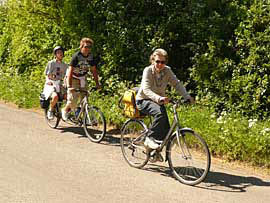 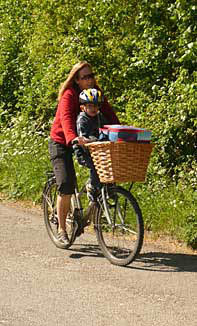