Rumours emerged in the national media during August that Cycling England might be scrapped. That would also put the future of the Bikeability cycle training scheme under threat.

On 10 September, we published this open letter to the Secretary of State for Transport, Rt Hon Philip Hammond MP, on a website we set up, www.SaveCyclingEngland.org. CycleNation, the federation of cycle groups around the country, gave its backing to our letter. It is possible that an announcement may have been made by the time you read this.

We know you, as the Secretary of State, have to make difficult decisions because of the scale of government cutbacks. Transport will be particularly heavily affected.

We are extremely concerned at the rumours emerging that Cycling England and its programmes could be facing the chop. Most worrying would be the loss of the very successful Bikeability child cycle training scheme. We urge you to think twice and look at the facts before considering scrapping these.

As you know, Cycling England is the small but highly effective part of the Department for Transport which deals with getting “more people cycling, more safely, more often”. It has achieved an enormous amount with a tiny budget, and is well-aligned to your government’s localism agenda.

Before the election, the Conservative Party said that: ‘encouraging cycling will be a major priority for a future Conservative Government as it already is for the administration in London’. How will you achieve that without Bikeability or something similar to do it?

At the very least, please ensure that Bikeability cycle training is retained, along with as many other of the programmes detailed below as possible. 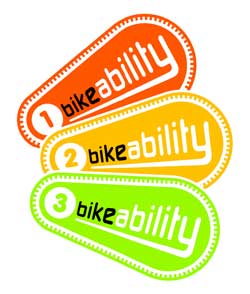 Bikeability cycle training is the flagship scheme which must be maintained. It has been enormously successful, seeing a huge uptake by children, schools and local authorities for what has been a professional and well-marketed scheme. Children are being taught valuable road-safety awareness early in life, giving them much-needed freedom. Indeed, cycle training at an early age has the effect of creating better and safer drivers later on in life when they learn to drive.

Around 300,000 children per year are now doing Bikeability and 80% of local authorities have signed up, all at a cost of only £15m.

Cycling is also a perfect solution to the obesity epidemic: it promotes active lifestyles without requiring any extra time or money. It is something that children and adults are enthusiastic about doing, when they are given the opportunity to do so. 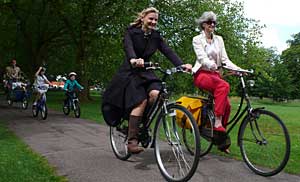 Scrapping Cycling England would be disastrous for the prospects for sustainable transport in the UK, particularly in terms of health. It would also undermine efforts to decrease irresponsible cycling.

The Department for Transport’s own model (WebTAG) for economic appraisal of cycling schemes give a very high rate of return in transport terms: a benefit:cost ratio of 3:1 (www.camcycle.org.uk/jumpto/nl92ce). Work by Sustrans also gives even higher benefit ratios, up to 33:1 in some cases.

In other words, you can achieve a lot more by putting small amounts of money into cycling, than by spending much larger amounts on anything else. Yet current funding of around £60m/year is well under what places like the Netherlands spend. So there is actually much more that could be done.

An efficient body working within the localism agenda

We know that your government is determined to reduce the number of unaccountable and money-sapping ‘quangos’ in government. But Cycling England is not one of these.

It has only three staff working full-time, it has no expensive office of its own, and is run at arm’s length from the DfT to avoid the top-down ‘Whitehall knows best’ approach. It has stimulated people and Local Authorities locally around the country to getting people on their bikes, using local talent and resources, and passing on to them the (minimal) funds needed to do so.

For all these reasons, Cycling England seems highly in line with the government’s localism and low-cost agenda.

And you will be aware that Cycling England’s budget is £60m – a grain of sand in the overall £15.36bn Department for Transport budget. Destroying Cycling England would make virtually zero difference in terms of finding savings.

Successful schemes which need to be built upon

Secretary of State, you will be aware that, in its five-year existence, Cycling England has been responsible for a range of successful projects, all run for a tiny fraction of overall transport funding, including:

Bikeability: As mentioned above, the nationwide cycle training scheme, teaching children (benefiting around 300,000 per year) and adults to cycle safely and responsibly, at a time when there is an enormous need to encourage healthy lifestyles, promote safe use of roads, and give children freedom;

Cycling Demonstration Towns: Enabling over 2.5m people in 18 towns around the country to benefit from considerably increased levels of infrastructure funding to make roads safer and cycle-friendly, to get more people on their bikes;

Health-related projects to promote cycling as a means of addressing the obesity epidemic and tackling sedentary lifestyles;

Professional support for Local Authorities to ensure that practitioners on-the-ground get cycling right;

Events and projects all around the country (including Bike Week), ranging from education initiatives, promoting cycling to minority groups, travel planning for businesses and much more.

Prior to the existence of Cycling England, cycling was an unfunded, minority interest tucked away within the Department for Transport, with little funding or political will.

Another key benefit has been to offer the Government one authoritative voice for cycling matters rather than a string of conflicting requests from different parts of government.

The benefits to society and the environment of getting more people cycling are immense: not only environmentally, but also in terms of reduced congestion and pollution, a more efficient transport network, improved health, fewer accidents, accessibility to those on low incomes, and more.

Mr Hammond, we urge you to stick to the government’s stated commitments to put the environment at the heart of Government, and ensure that Cycling England, and Bikeability in particular, are spared from the cuts you have to make. Eliminating support for the most environmentally-friendly form of transport would considerably undermine efforts to improve health and reduce congestion.

The rumours have significant foundation: Cycling England appears on a list of dozens of quangos proposed for abolition leaked to the Daily Telegraph at the end of September.