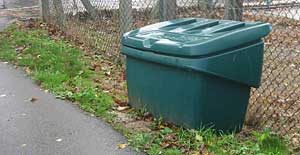 No doubt many of you will have heard the reports that provisional figures issued by the Department for Transport (DfT) for cyclists killed and seriously injured were up by 19% for the first quarter of 2009 compared with the similar quarter of 2008.

I’m old enough to have learnt my cycling in times when we had hard winters, and had the advantage of having studied the laws of momentum and friction, not just in Physics and Applied Maths at ‘A’ level, but on minor roads without even a pinch of salt.

Last winter, with all those icy days, we had numerous reports of people in Cambridge falling off their bikes on paths, roads and bridges. I’ve heard of more than one person suffering broken bones. Such crashes should show up as serious injuries on the STATS19 reports, and hence be included in the killed and seriously injured figures issued by DfT. There may also have been crashes where drivers lost control of motor vehicles on frozen roads, hitting and injuring vulnerable road users. Such incidents, often at low speed, are unlikely to result in injuries to occupants of such vehicles.

I notice that there are lots of berries on bushes this year, a sure sign of a hard winter, but the county council has reported that it will treat certain cycle bridges and routes this year when ice forms. They’ve also said that such routes will be treated, not after N days’ ice, but when N days’ ice is predicted. The County Council press release states:

The initial proposals, which include trialling the gritting of major cycle bridges in Cambridge and treating of so-called secondary routes earlier will inform the major in-depth review, the results of which will be implemented next year … Traditionally secondary routes, which included some cycleways, were previously only gritted after five nights of below freezing weather. Now it is proposed that these routes will be gritted when this period of severe weather is forecast rather than waiting for five days.

So if we have cold weather this year, remember that 16 kph (10 mph) is fine on a smooth, straight, level, and empty road even when icy. But when the coefficient of friction falls below 0.1, even a slight bump or change in camber, can lead to a tumble, and that a tumble at 4 kph may lead to a bruise, one at 16 kph may lead to a broken bone.