The Campaign sent a six-page letter to Cambridgeshire County Council pointing out the many problems with the new crossing from Gresham Road to Parker’s Piece and suggesting remedial action. We know that council officers have been meeting to consider the situation, and we are hoping for discussions between council officers, local councillors and representatives from the Campaign.

Several Councillors are annoyed about this issue. You can directly increase the chances of remedial action by e-mailing or writing to your local Councillor. Contact details for each are on the City Council’s website, or ring the Guildhall on 457000 to get names and addresses.

The consultation period for the Milton Road Improvements Phase 1, Elizabeth Way to Arbury Road and Union Lane, closed on 25 September. The main point of contention for cyclists is the plan to provide two traffic lanes on the approach to the Elizabeth Way roundabout coming from the Arbury Road direction. There is to be a left-turn and a straight-on red cycle lane. Opinion is divided as to whether this will improve or worsen the situation.

This scheme has been given the final go-ahead. It seems probable that the surface of the maintenance track alongside the bus track will be given a tarmac surface for cycle commuting between Histon and Milton Road, and between the Station and Trumpington. We think that the Council is underestimating the distance that cyclists will wish to commute, and that the tarmac should extend at least as far as the new Northstowe development. 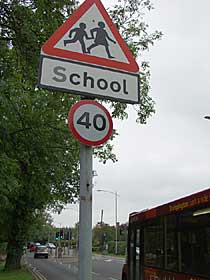 There has been a call from Long Road Sixth Form College for the speed limit for Long Road traffic to be reduced from 40 mph to 30 mph. We had suggested this earlier as part of the improvements for the South Cambridge cycle routes scheme, and have written to support the College.

New plans for this road, running from Hauxton Road (at a new junction between the M11 roundabout and the Trumpington Park and Ride) and Addenbrooke’s Hospital, with a crossing at Shelford Road, have now been submitted. The Campaign is looking at them carefully.