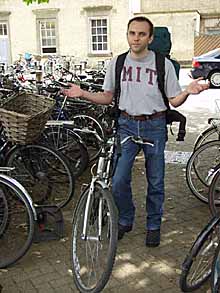 Last year, following efforts by both Cambridge City Council and the Cycling Campaign, a bid to the Department for Transport was made to fund extra cycle parking at the station, to be provided by WAGN railway.

This bid was successful, but on condition that the money was spent within a finite time. As the time has now elapsed and WAGN has not done the work, the money is lost.

Given that the number of people using the station has increased by some 50% in recent years, and that all the cycle racks are regularly full, it is extremely disappointing that the efforts of the City, the Campaign, and the DfT were wasted.