On Tuesday 4 September, the Civil Liability Bill had its second reading in the House of Commons. The Bill included revisions which would limit small claims and have a negative impact on cyclists.

These changes have been dropped thanks to a huge campaigning effort from Cycling UK, British Cycling, other organisations, and MPs.

The Gilligan report, ‘Running out of Road’, was also debated in Parliament on Tuesday 4 September. Daniel Zeichner (MP for Cambridge) argued that the ‘mixed-bag report’ missed out some key issues for Cambridge, highlighting the limited bike parking in the city and the untapped potential of electric bikes. 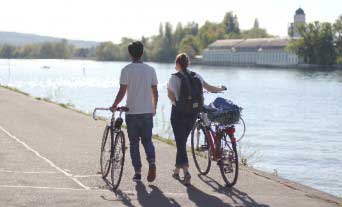 The debate was fairly short but there was some discussion on how to get cycling into smaller towns, not just the larger cities of Cambridge, Oxford and Milton Keynes.

During the Gilligan report debate, Daniel Zeichner ended his brief speech by complimenting Camcycle as an ‘excellent local cycling campaign’ and mentioned our Cambridge Festival of Cycling. 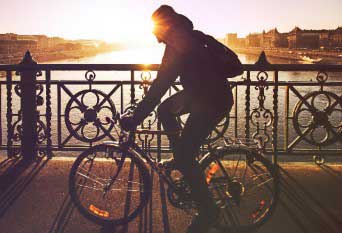 Cycling for transport is a key solution to growing inactivity

Researchers from the World Health Organisation have published the results of their study into global levels of insufficient physical activity. The study reveals that 1.4 billion adults risk conditions such as cardiovascular disease and type 2 diabetes owing to their inactivity.

The report highlights the large number of adults in the UK who are insufficiently active. The study concludes that cycling is a key solution to this problem, and argues for a national policy to encourage non-motorised modes of transport. It also puts pressure on national governments to provide infrastructure to increase walking and cycling to combat this problem.

In June, the Scottish Government changed the law to ban parking on pavements in Scotland. This has spurred on the campaign in England and Wales; an open letter, signed by almost 17,000 members of the public, was delivered to the Prime Minister at the end of August. 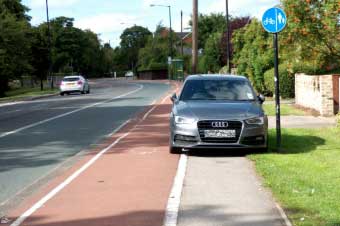 The House of Commons Transport Committee has launched an enquiry into active travel and is calling for written evidence on recent trends in walking and cycling, and what is contributing to these trends. The scope of the inquiry will also cover progress on the Cycling and Walking Investment Strategy, including the Cycling Ambition Cities funding, for which Cambridge’s bid was successful. The Committee is calling for written evidence on these matters before Thursday 11 October.

During the Zero Emission Vehicle Summit Jesse Norman, Minister for Low Emission Vehicles, announced that the government will provide £2 million to support the use of e-cargo bikes. The funding is part of the government’s Road to Zero strategy, which aims to make the UK a world leader in zero emission vehicles.

Trouble on the Busway near Trumpington

There has been a series of robberies on the Busway and the streets close to it in Trumpington. The robberies have taken place between 4pm and 8pm. The police want to hear from anyone who has seen anything suspicious on or around the Busway.

If you have information, you should get in touch with DS Graham Newton on 101 or visit www.cambs.police.uk/report. You can also contact the independent charity Crimestoppers anonymously on 0800 555 111 or visit https://crimestoppers-uk.org/.