Newmarket Road Park and Ride site opened this summer, providing a frequent bus service to the City Centre from a screened site between the big Marshall car showrooms and the new roundabout by the airport.

What has this to do with cycling? The car park offers the opportunity for people to park on the edge of the City and cycle in – there is good cycle parking at the site. It should also reduce (or at least reduce growth of) motor traffic. But the answer in the immediate future is in what happens next to Newmarket Road.

The County Council has agreed the principle of bus priority between the Park and Ride site and Coldham’s Lane. On the one hand this should make Park and Ride much more attractive, letting buses bypass queues (with the psychological effect that has on drivers, as well as the actual time saved). On the other hand, Newmarket Road is already quite well served by cycle lanes, some of which will be removed, and the layouts of others will be changed.

However, some of the bus lanes will be wide enough to accommodate both cycles and buses with room to pass. The frequency of buses is not high enough for there to be a continuous stream, so this might actually turn out to be quite an attractive option, effectively a super-wide cycle lane with the occasional bus. Cycles will also be able to bypass some of the traffic lights. 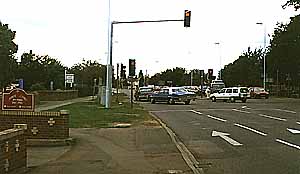 It’s a big, complex plan and it will be quite hard to decide what our response should be. We may well have differences of opinion. Our task is made harder by the limited time we have – formal responses will need to be in by the time you read this, though I am sure there will be opportunity to make further comments.

There are two main elements to the plans: 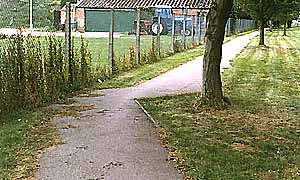 Most of the changes are on the City-bound side; there is only a short stretch of bus lane coming out of town.

What is there now?

First, consider what is there at present: heading west,

Sketches of the proposals are available on the Web. They are schematic only, and are not to scale.

Travelling east, the only changes are:

My inclination is to be positive about the scheme. With some improvements to the way in which the traffic lights are bypassed, and preferably reconstruction of the footpath to make a cycle track in some places, we can end up with something that actually improves conditions for cyclists as well as for buses. We should certainly look at it as an opportunity rather than a threat, I think.