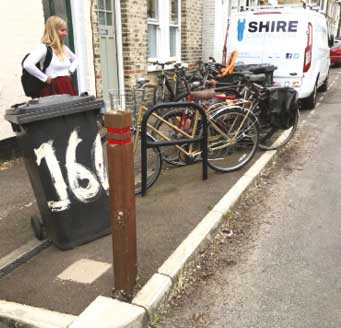 In July 2018, Camcycle met with officers from the County Highways and Cycling teams to discuss how to include street cycle parking in the rollout of resident parking schemes. Initially, we discovered there were no plans for any mention of cycle parking in these schemes, which are mostly aimed at rationalising the amount of car parking on the streets. At a second meeting we brought teams together and persuaded them to include cycle parking at the informal consultation stage and provide a source of funding. Street cycle parking spaces should appear on the detailed plans in future consultations for resident parking schemes.

This issue could not be more relevant right now with planning applications on the horizon which do not provide adequate cycle parking facilities. This issue has been a priority of the campaign for some time, and has been spurred on by the successful implementation of street cycle parking on Thoday Street in Romsey in 2015. However, there is more work to be done and we are currently preparing to launch a targeted survey at residents about this issue.

This key strategic campaign will be the internship project for this year; lead volunteer Simon Nuttall and intern Emma Pritchard (pictured above, in Thoday Street) are collaborating on this project over the summer. The street cycle parking survey is currently being drafted, with a view to distributing it to residents in October.

Construction on the second part of the Green End Road cycleway scheme began on Monday 4 June, on the section between Milton Road and Nuffield Road. We were disappointed by the first stage of the scheme, between Nuffield Road and Chesterton HIgh Street, as the on-road painted lanes have been plagued by parked cars, but this section of the road is wider and a more ambitious section of segregated cycleway has been planned. We are pleased to note this includes cycle priority at side roads and look forward to riding on the completed route in the autumn.

Cycling UK announced in June that Camcycle’s outgoing Vice-Chair, Hester Wells, is one of their inspiring 100 Women in Cycling for 2018. This acknowledges Hester’s efforts in the campaign since her initial involvement in 2013. In that time she’s had a huge hand in professionalising the organisation, helping Camcycle move to new premises, expanding the scope of our work and getting involved in every level of campaigning from writing newsletter articles and consultation responses to organising social and educational events. The list aims to celebrate the efforts of women in cycling and encourage more women to get cycling. We are very proud that Hester has received this recognition and are grateful for all her work so far. 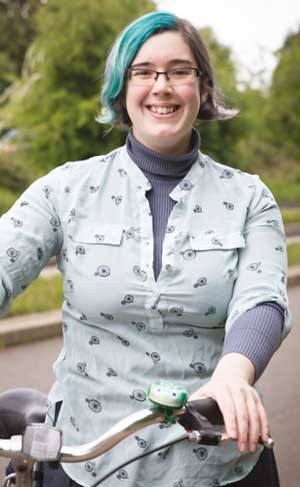 Hester was not the only local woman to be included on the list, with both Clare Rankin and Vanessa Kelly from Cambridgeshire County Council also featured. In a city with almost equal proportions of men and women cycling (a unique achievement in the UK), it’s fantastic to see these three inspiring women rewarded for the work they do to create an even better cycling city for the future.

Congratulations are also due to Hester on the arrival of her twins – she’ll be taking a maternity break from trustee duties for a while and we’re delighted that another inspiring woman, Willa McDonald, will be taking on the Vice-Chair role.

On Monday 23 July, we were delighted to learn that this very publication you are currently reading had won best Charity Magazine in the annual Cambridge Community Magazine Awards!

We are hugely proud and grateful to the dedicated team of volunteers who work together to create this fantastic resource, producing six issues a year of interesting content from articles about personal cycling experiences to detailed proposals and reports on local issues and campaigns. The magazine is our main campaigning tool: around half the printed copies go to members and the other half to decision-makers and other contacts. It also has a strong online readership with many articles continuing to be relevant several years after their original publication.

Congratulations to all those involved with the magazine; do get in touch if you’d like to join them – we are keen to welcome new volunteers (writers, photographers, designers and more) to our award-winning team. 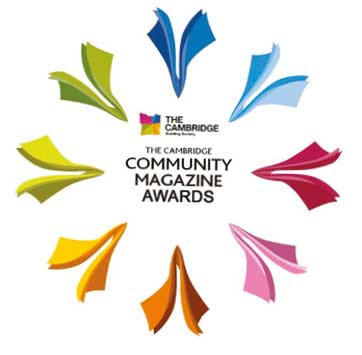 Two recent reviews have sought feedback from cyclists and pedestrians in order to plan improvements to safety and infrastructure.

Earlier in the year, the government opened a consultation as part of its Cycling and Walking Investment Strategy (CWIS). The CWIS safety review (which ended in June) received over 13,000 responses from individuals and cycling and walking organisations. Meanwhile, Sustrans have also been consulting on their National Cycle Network to identify areas that need to be improved. The consultation ended in July. We look forward to reporting on the results of both once they have been analysed and, more importantly, to seeing some real improvements as a result.