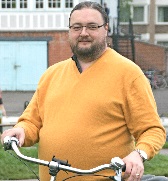 Happy Birthday, bicycle. Congratulations on being 200 years old. Or is it? Regardless, it is still the most efficient mode of transportation ever invented by humans, including the modes that require no technology, like walking or running.

Obviously, we cannot just dwell in the past, so how about a trip report from the home of modern-day cycle manufacture. Taiwan produces more cycles than any other country, including the Dutch. But, just because an industrialised country makes lots of cycles doesn’t necessarily mean it has great places to cycle? Or does it?

We could, as a country, invest in cycling here in the UK. The government’s plan to invest in cycling here in the UK, its Cycling and Walking Investment Strategy, has finally appeared. I won’t spoil the punch line, But let’s just say we are not overly impressed. There are some good points, but the lack of any sustained level of funding, means that unless the local politicians allocate some money, nothing much will happen.

And what about those local politicians? We’ve asked your general election candidates to tell you how they think things could be improved. Of course, there is lots of work still be done, assuming we can find the money. Take Northstowe as an example. The politicians say all the right things. But do they actually understand how to turn their good words into effective action?