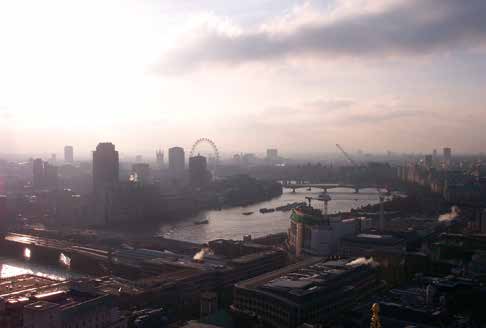 I had to pop to London the other day, so I jumped in the car and drove all the way into the City of London. Obviously I parked for free in a side road, because I have a right to expect that, and walked the last few metres yards to my meeting.

Ok, that was not true. But apparently, we are in the post-truth era, so you can say and do anything, even if it sounds completely ridiculous, and still get respect. After all, who expects to be able to drive into the City of London, quickly, in the morning? And who expects to be able to park for free in a side road in the City of London? Of course you don’t. You can park in expensive, mostly private, car parks that charge an appropriate amount given the cost of providing so much space for a car to be stored. By appropriate, I mean expensive.

So, no, I didn’t drive into London. I used a great system called Park & Ride. I drove my bicycle to the Cambridge station, and then had a ride on a train to get to Kings Cross in London. But I was still not there yet. Normally, I’d walk from Kings Cross to the City. It is only about 2km, taking about 30 minutes. Unfortunately, I couldn’t do that. Why? Well, London had an air pollution warning. And instead of doing something about it, say by removing the source of the air pollution, they just told people to stop exercising outside. Walking is exercise, so they told me to stop walking so others could continue to drive. That doesn’t make sense to me.

The last time I checked, we were still part of Europe, and we have to abide by legal requirements for clear air. Norway, and Oslo in particular, is not part of the European Union, but still forced people who would normally drive diesel cars to stop driving the other week owing to air pollution. In Britain we stop children from playing outside instead. Could somebody explain to me how making kids fat by not allowing them to run around outside will reduce air pollution below the legal limits?

No, the only way to stop air pollution is to, errr…, stop things pumping out air pollution in the first place. So stopping people from driving cars is a great way to do that, as shown by Oslo. And Paris. And Madrid. And plenty of other places.

What does this have to do with Cambridge? We also have air pollution problems. Just cycle up the hill to Wandlebury, and walk to the Ely viewpoint, and see if you can see Ely. Unfortunately, instead of a distant view of Ely cathedral, you can only see the brown muck that floats over Cambridge obscuring the view over the fens. Muck that people driving are pumping out. Muck that is trapped over us, that we breathe in.