The Road Traffic Reduction Act was voted into law in the dying days of the last Parliament, and as such requires Local Authorities to set targets for traffic reduction. However, this was not the Bill that was originally put before Parliament by the MP for Bath, Don Foster. The original Bill promoted national targets, and this was watered down in order to achieve the support of the then Government.

However, with a new Government and a new private members’ ballot, there is a new Bill, the Road Traffic Reduction (UK Targets) Bill, which brings the original target back again – 10% traffic reduction by 2010. By a touch of good fortune, one of the original promoters of the Bill, Plaid Cymru MP Cynog Dafis came fifth in the ballot, and has agreed to adopt the new Bill. 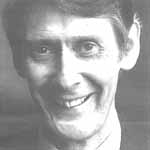 The key vote will be on 30 January. An ‘early day motion’ already indicates good support for the Bill. Sticking points are the effective veto that any MP has on a private members’ Bill, and making sure that enough MPs turn up to vote on the measure. Anne Campbell has already signed the early day motion and was a supporter of the previous Bill. Andrew Lansley (Cambridgeshire South) has not, so if he is your MP, a letter would be in order. James Paice (Cambridgeshire South East) would not normally sign these as a shadow minister, but he still gets a vote, so letters here too please. (If you get a reply, please let us have a copy).

Government support is not assured. While the Government has started its review of the roads (see separate article), at the time of writing the rumour is that the Birmingham Northern Relief Road and the extreme widening of a western section of the M25 are likely to be approved.

There will be a rally in Trafalgar Square on September 27 in support of the Bill. Please get in touch for more details.