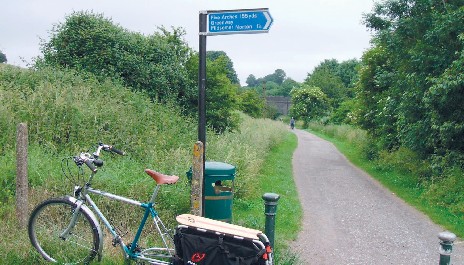 The recently published Greenways plan looks absolutely excellent. In some ways I have to wonder why it has taken so long to get this out there, and frankly why they didn’t start years ago. However, we are where we are, so let’s look at the plans in some more detail.

They have twelve different routes that go in all directions. The notable exception is the route to Bar Hill and beyond, but that should be provided by the A14 traffic expansion programme, so that appears to be under control.

To me, what we need is a network. With a car, you can pretty much assume that you can go everywhere you want. The road network connects everything to everything else, and therefore the utility of the vehicle is enhanced accordingly. It should be possible to say the same about cycles. You should be able to cycle everywhere. And in the old days, when cars where just toys for the rich, this was perhaps true. However, once cars became the desire of everybody whether they could afford it or not, cars dominated the roads, pushing everybody else off them.

We need a cycle network. A network of cycle routes that connects everything to everything else. So that the kids can cycle to school even if that school is two or three villages away. So that you can visit a friend some distance away and go and grab a coffee and some cake together in a nearby village. That is freedom. That is a way to allow the rural economy to thrive.

The Greenways plan is therefore a good stepping stone, but I think it should be more ambitious. There is one diagram in the report that hints that the radial routes could link up with each other. This would create circular routes, or routes where you could cycle out on one radial and cycle back along another. It would provide choices, options, the ability to have never explored before.

There is also hint about creating the equivalent of the ‘green point’ system from the Netherlands. This would be excellent. It enables… no, that’s not strong enough… it encourages you to explore a little more than you would otherwise do. But we need a network to make that happen.

The Greenways provide the backbone to such a system, but really we need to think of the bigger network in the long term. I accept that it will not all be built next year – although the money for a single busway would be more than enough to do the whole region – I think we need a longer-term plan to make it happen.