The City Deal is all about mode change. It is about changing how people move around the city, from cars to cycles, or cycles to buses. But is that even possible? Some people would suggest that it is impossible to get people out of their cars and onto their bikes. Some people may even go a little further suggesting that just because some people walk to work or even cycle to work they themselves can’t for lots and lots of plausible sounding reasons.

Of course, most people don’t have just a single way to get to work. Last week, I rode my cycle, drove a car, and took a taxi, and worked from home one day. So if we are to understand modal share changes, we have to have a higher quality of questionnaire. Luckily, there is a place that did that. 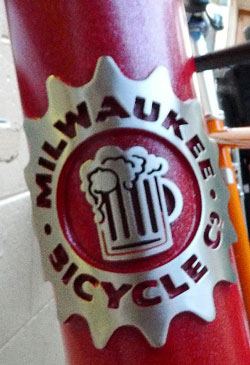 Milwaukee, Wisconsin. Specifically the University of Wisconsin-Milwaukee. They didn’t just ask how people travelled to the university. They also asked what alternative modes people used. So what did they find?

Between 2008 and 2012, a time when they expanded the cycle infrastructure in the area, there was a statistically significant decline in driving and a statis­tically significant increase in bicycle mode share. This suggests cycling replaced car trips. But the details are more nuanced than that.

For moderate trips, between 2 and 5 miles, car use declined, buses stayed about the same (perhaps a small decline), and cycle use increased. Cycles competed successfully with cars very well over moderate distances.

For long distances, over 5 miles, fewer people drove a car, more used a bus, with a small increase in those cycling. Over 10 miles, hardly anybody cycled, and most of the transition was from cars to buses. Buses competed successfully with cars very well over longer distances.

My conclusions from this are that if we are to reduce car use, we have to make walking and cycling the best way of moving around up to 5 miles, and make buses the best way of travelling over 5 miles.

But is there something deeper here. Do we need to completely rethink the bus networks? If buses are best for the longer distances, then perhaps the bus stops should be less frequent, with better walking and cycling routes to those bus stops.

Perhaps this study also indicates that we really need two types of bus routes: frequent, high-speed, longer-distance routes that can better compete with the car; and less frequent local routes that provide coverage for people who can’t drive, or who can’t walk or cycle to the nearest frequent bus stop. Trains don’t stop every 400 metres, so why should buses?

Of course, if we go down that route, then we’d need better cycle infrastructure to and at those bus stops. Just a thought…