They do bicycle advocacy differently in Italy. When we see a humble bicycle, they see something different, something much grander. So in 2012, when everybody else was talking about bicycle education in schools, some Italian advocates set up the Free University of Urban Cycling (Libero Ateneo del Ciclismo Urbano) in Rome. By elevating the idea unashamedly to an academic level our Italian friends brushed aside such out-of-date yet still common objections to the idea that safe cycling can be learned, and challenged any social embarrassment felt by teacher and student. Benvenuto! A few years later, a different group hit upon the anagram of VELO / LOVE and issued a series of photographic portraits which go a long way to establish the beauty of cycling and of the cyclist. The group is now velolove.it

There is boldness and a higher focus in the way the Italians deal with our trusted steel horse. As campaigners our gaze is often focused on the next pothole rather than the grander picture. The latest instalment of Italian advocacy came from a national radio programme called ‘Caterpillar’ which proposes that the bicycle should be awarded the Nobel Peace Prize. The laudatio [commendation – Ed] calls the bicycle mankind’s most democratic or inclusive means of transport, praises it for not causing wars, for not polluting the environment, for reducing traffic injuries and fatalities, for shortening the distance between peoples and countries. It allows children to grow into independence and has been used by many liberation movements in the past. Viva la bicicletta! 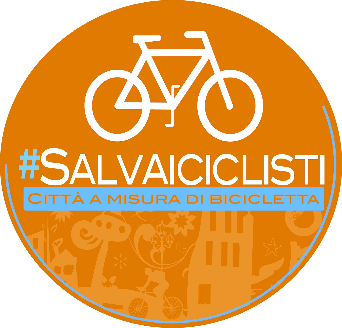 The proposal is called Bike the Nobel, combining three English words to produce a rather improbable phrase. A list of more than 10,000 signatures was delivered to the committee in Oslo in February 2016 by Paola Giannotti, who had cycled with it from Rome to Oslo in two weeks, although having previously circumcycled the world in 144 days she was clearly taking it easy.

Looking at the properties tab of the pdf used to collect signatures, as in a palimpsest the title ‘Abolition of Christmas’ appears. Perhaps the Nobel Prize for the bicycle is just another stupid Facebook project, the media chasing social participation with fake humour or absurdity.

But Bike the Nobel, or perhaps Nobel the Bike, does get something right. It tempts us to imagine the bicycle as something bigger, as a hero, as a noble cause which deserves more attention for all the good it does every day; for all the nasties it allows us to avoid every day; for the great benefit it has conferred upon mankind, to spell out Alfred Nobel’s criterion; and for the even greater benefit that it still holds in store, if we can unleash its potential.

The petition included six signatories from Cambridge, only three from Oxford and 30 from London. In the meantime, the suggestion has been made that the bicycle should also be a candidate for the Nobel Prize in economics and medicine.

If anywhere, Cambridge could be the place to take Bike the Nobel one step further. There are plenty of Nobelists in town, and quite a few can be seen on two wheels. Perhaps our Campaign can bring them together and help them to find a space for the bicycle among the honorees next year. We could get a ball rolling by asking questions about bicycle parking at the Nobel Peace Prize ceremony on 10 December 2016 in Oslo. Anyone?