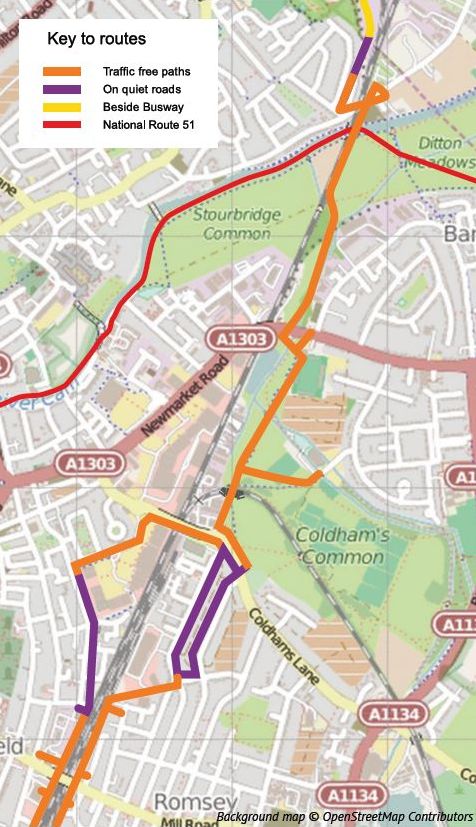 Responses to the consultation were overwhelmingly in favour of the trail. Of the 1,457 consultation responses that were received, 90% supported the trail, 86% supported the specific route, and 84% said that they would probably or definitely use the route. I would conclude that Cambridge wants the Chisholm Trail and we want it now.

The executive board considered the consultation responses, along with a written and verbal statement of support from Cambridge Cycling Campaign, and then voted to approve moving forward with the planning application.

Specifically, it has been approved to build a shared-use path from Coldham’s Lane to Newmarket Road and onwards to the new bridge over the river. The section between Coldham’s Lane and the central Cambridge railway station would be up to five metres wide and segregated, very similar to the Coton Path.

Importantly, the board also gave its support for continuation of land negotiations and the approval of Compulsory Purchase Orders (CPOs) if needed. That last point is important as we believe it is the first time that a cycleway has been given the same powers as say a road would have in Cambridge since the construction of the bridge over the railway at the station. Without the ability for compulsory purchase, it is within the rights of a land owner not to sell even a very small amount of land and thus prevent a major road or cycleway from being built. Therefore the ability to use CPOs is a major landmark and hopefully a precedent that could become useful in the future for additional cycle network development.