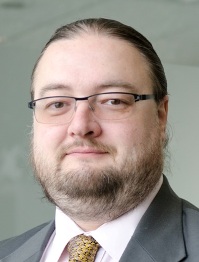 The last couple of months have been rather eventful. The City Deal proposals are looking more ‘interesting’ although there still appears to be way too much emphasis on speeding buses rather than creating space for people walking and cycling.

We celebrated our 20th anniversary with a lovely gentle cycle ride around Cambridge to see some of the Campaign wins. We ended at Sheep’s Green with some drinks and cake. The cake was lovely. A perfect end to a day of hard work.

Of course, the Campaign doesn’t stop because we’ve been going for 20 years. Now is the time to step up and start to really highlight why cycling needs to be considered as part of the City Deal.

The Milton Road campaign has been going fantastically well. I’ve spent many hours standing at the side of Milton Road handing out flyers, talking with people about our desires and getting people to sign the petition. If you read that and asked yourself what petition, then read the article and stop doing everything else and sign it immediately. Without the support of as many people as possible, we could end up with either no cycling provision along Milton Road or the current shambles of sharing with people walking or people on buses.

To help understand what is possible we need to look elsewhere. As the cycling capital of the English-speaking world, we also have to look at places where they don’t speak English as a first language. We have reports from Barcelona, Melbourne and Assen. The Assen trip was particularly interesting as we invited politicians and officers along so that they could see first-hand what a cycling city actually means. And it is not just cycleways everywhere, but also the unravelling of bicycle and car traffic, plenty of bicycle parking and lovely quiet streets with people chatting to each other while riding bikes.

But the Campaign is not just about satisfying the kerb geek in all of us, we need a little art as well. We’ve had Streetfilms here in Cambridge while they visited the UK, and we have the winners of our drawing competition. Clarence from Streetfilms is a guy who lives in Brooklyn, doesn’t own a car, and makes films about transportation systems. He has been to places like Groningen near Assen, as well as Zurich, but he had never been to the UK before. He was amazed at our cycling culture, the quiet streets, and didn’t cycle on the wrong side of the road at any time.

Robin and Roxanne appointed to the board of Cyclenation

Robin Heydon and Roxanne De Beaux have been appointed to the board of Cyclenation in the roles of chair and secretary respectively. Cyclenation is the federation of some 60 local cycling campaigning groups across the UK, representing more than 8,800 members across the nation. Cyclenation has recently been involved in supporting the publication and distribution, across the entire UK network, of the highly regarded guide Making Space for Cycling created by our Robin Heydon and Martin Lucas-Smith. Robin and Roxanne hope to work with Cyclenation to increase the value and support that is provided to member groups, with a particular focus on the tactics and tools that can help with campaigning. You can learn more about Cyclenation at cyclenation.org.uk.