An application for blocks of accommodation for 284 students has come forward for the crescent-shaped piece of land behind the Portland Arms, where the site has access on both Victoria Road and Milton Road. Cycling parking will be distributed at ground level around the site, and some will be sheltered. The application proposed 246 cycle spaces (189 for students and 57 for visitors). We agreed that this is in accordance with Local Plan standards, but said we wished to see provision for a greater number. In a city with such a strong cycling culture as Cambridge, a large majority of the 284 students would be expected to own a bike, and they should not be discouraged from bringing it by miserly provision of good parking.

We strongly disagreed with the developer’s statement that they considered that this level of cycle parking may represent more than will actually be required for the site and thus they intended to provide only 50% of the student cycle spaces (96 spaces) in the first instance, and monitor the use and demand for such provision through the travel plan. We strongly argued that the full number of 189 cycle spaces should be made available from the beginning because we expect even this provision will prove too low. 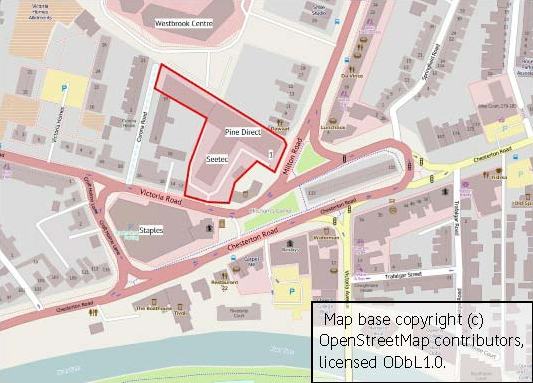 There will be no vehicle linkage between the Victoria Road and Milton Road frontages and the developer showed the arrangements made to ensure permeability of the site for pedestrian and cyclists – which we noted with approval.