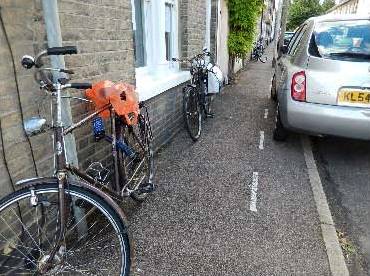 Since giving up our car in November last year I feel we’ve been in a stronger position to ask for a cycle-parking bay outside our house. Our immediate neighbours were fully supportive and so were a few other residents in the street. As an experiment the city and county councils provided two sets of cycle parking toast-racks and conducted a local consultation. The response was roughly 50/50 for and against the idea. We’re still waiting for a decision and in the meantime I created this photo-montage to help the decision-makers understand the problem from our point of view. 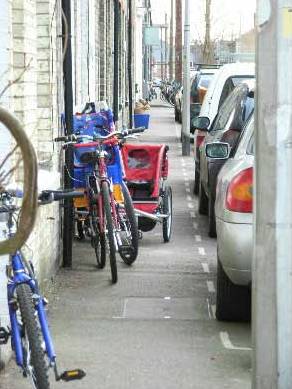 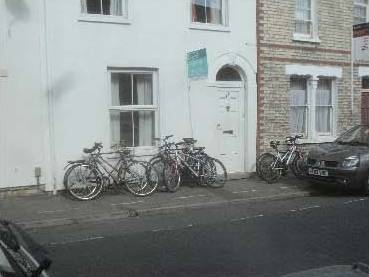 Nowhere for bikes to go

No accommodation has been made for the large number of residents who use bicycles daily, and who frequently have visitors arriving by bike. Bicycles slump across the pavement, look untidy and are often not properly secured to anything. 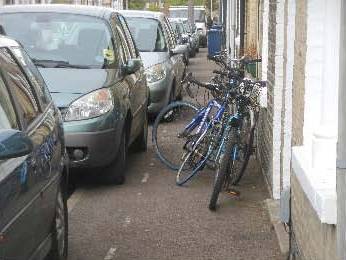 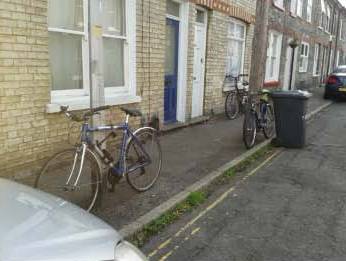 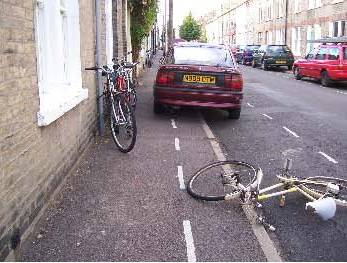 Sometimes cars park so close to our front door, or so densely together that it can be a struggle to get the bikes into and out of the house. The last picture shows bikes crammed into our hallway. 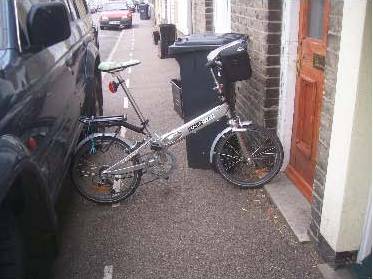 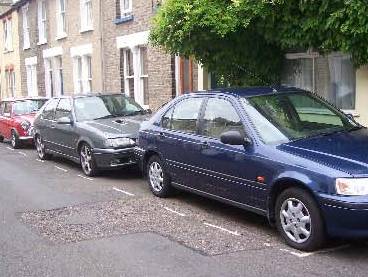 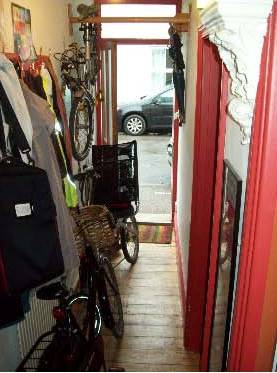 These temporary racks were sited outside numbers 100 and 157 for two weeks in September. Bikes belonging to four different households used the racks on the first night. The racks were heavily used throughout the two-week trial – even while we were away for the second week. 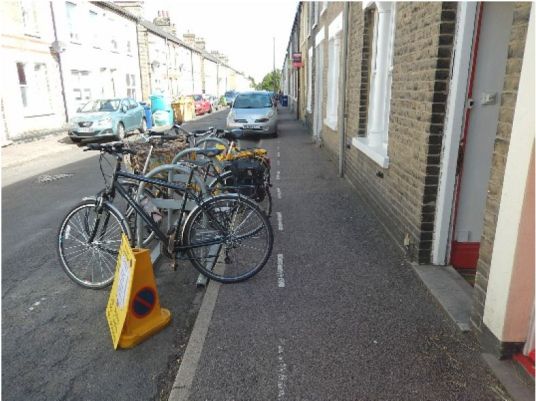 The bikes took up no more space than parked cars, and made the area tidier. Diagonally aligned racks would keep footway completely clear. My neighbour at 98 said he used his bike more than ever, and I was struck by how many visitors to houses made use of the rack. 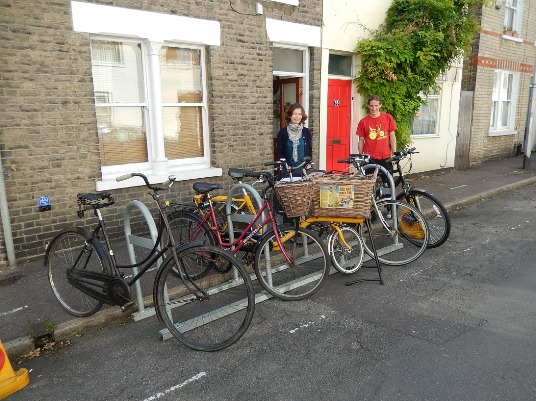 This is what we want! I’ve overlaid a photo of the cycle racks on St. Philip’s Road on a photo of numbers 100 and 98 Thoday Street. In practice four racks slightly more tightly spaced would fit. 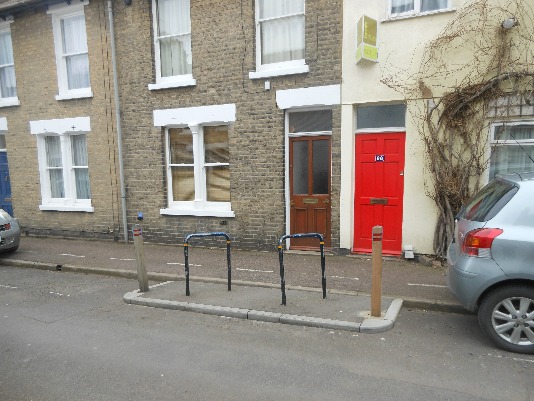